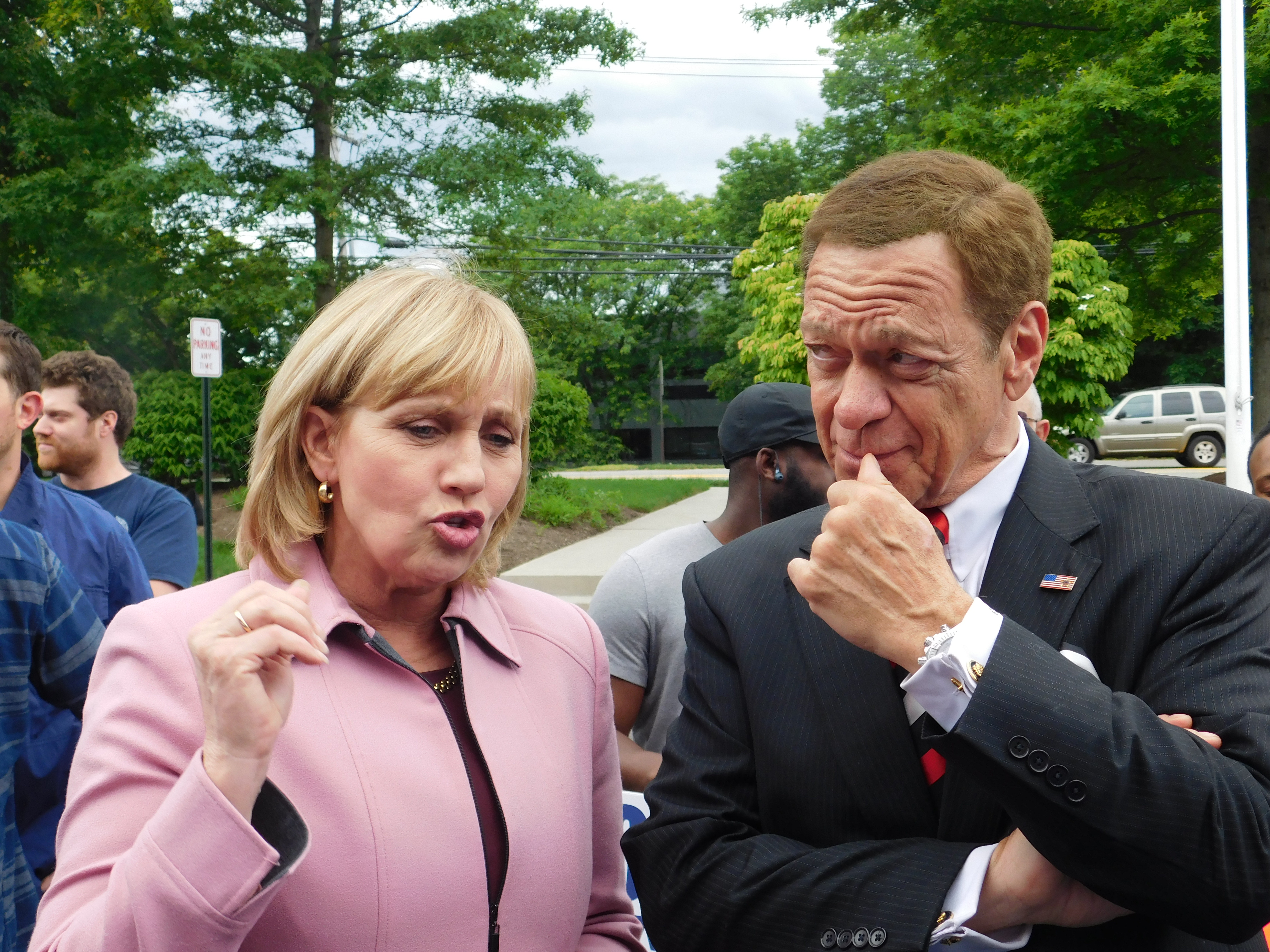 PARSIPPANY – The day after winning the Republican nomination for New Jersey governor, Lt. Gov. Kim Guadagno was on the campaign trail, making two stops on Wednesday to talk about her plans to cut taxes and make the state more affordable.

Experts say that Guadagno has the disadvantage in the November matchup that will see her face off against Democrat Phil Murphy, a former Goldman Sachs executive and ambassador to Germany under President Barack Obama. They cite Guadagno’s close ties to unpopular New Jersey Gov. Chris Christie and Republican discontent in the state following President Donald Trump’s win last November. But Guadagno says she is not running on the records of others.

“It is fun to talk about what my values are, what my record is. For the last eight years that has been job creation,” she said. “It is fun to get up there up there and try to show everyone that I have been working really hard to make sure that everyone is going back to work again.”

During her tenure as Christie’s lieutenant governor, Guadagno has acted as the governor’s liaison to the business community. She touts the state’s current 4.1 percent unemployment record —below the national rate of 4.7 percent— as a huge victory. During the primary contest, Guadagno’s Republican challenger Assemblyman Jack Ciattarelli (R-Somerset) often pushed her ties to Christie and the pension crisis and 11 credit downgrades that his administration has brought to the state.

“I think that people might be tired of some of the rhetoric,” Guadagno said when asked about potential barriers to a Republican winning office in November. “I don’t think you are ever going to see me acting anything but a way that gets things done. If you don’t care who gets the credit you will get a lot of things done and that is the type of person I am.”

Guadagno said that she doesn’t believe all Republicans should be characterized in the same way and that she hopes voters can agree.

“There are a lot of different types of Republicans in this country,” she said. “I am the kind of Republican who believes in getting things done and that means sitting down at the table with anyone who will work with me.”

When asked about whether she was a different kind of Republican than Christie, Guadagno said that it was up to voters to make their own call but “you can see there [are] a lot of differences.”

During remarks to members of the IBEW union in Parsippany, Guadagno asked for support from members regardless of political affiliation.

“I’m going to ask for your support in whether you’re a Democrat who thinks your party has walked away from you because they don’t understand the world that you live in —a world that means that you have to have two paychecks to support a family to send kids to school to send kids to college,” she said. “Whether you’re an independent that thinks property taxes are too high or whether you’re Republican who knows that if you increase taxes in New Jersey the jobs will flee.” 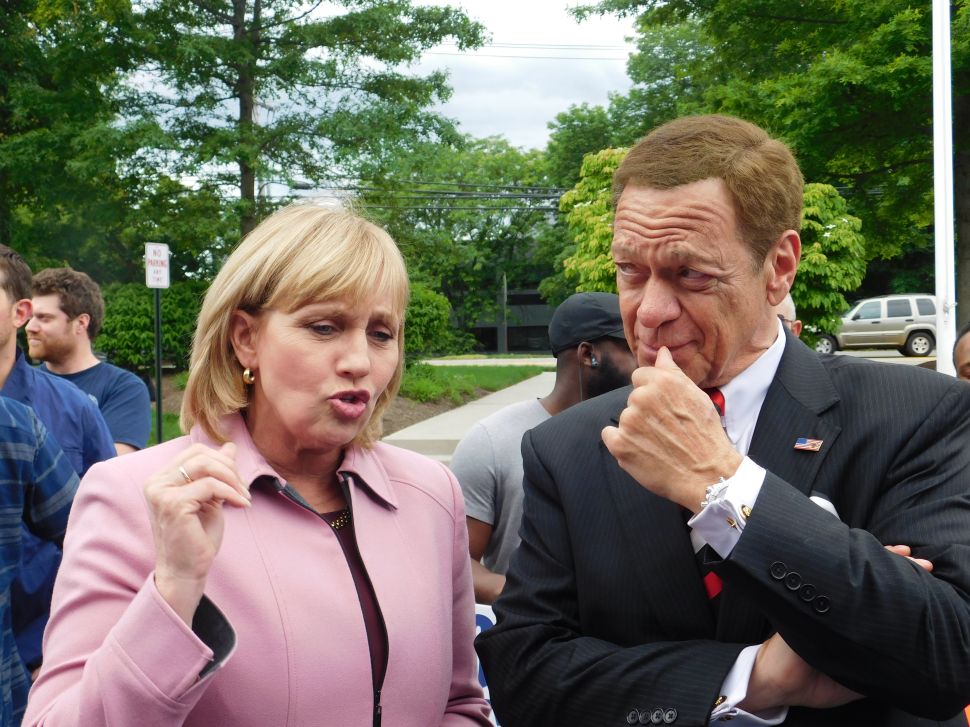