HAMILTON — Republican Lt. Gov. Kim Guadagno and Democrat Phil Murphy on Tuesday circled each other up close for the first time since winning their gubernatorial primaries.

In an unofficial start to the general election campaign season, the two major candidates pitched their plans to an audience of about 200 at a New Jersey Business and Industry Association reception. Their speeches mostly reprised their talking points from the campaign trail, albeit with a bit of tailoring to the crowd of business leaders at the Hamilton Manor.

“Where is that money coming from? Take a look around. It’s coming from you,” Guadagno told the audience. “We cannot afford to raise taxes on the most-taxed people in the world.”

Murphy didn’t attack Guadagno in his remarks, but told reporters afterward that the $50 billion figure was “alt-math,” a play on “alternative facts.”

“We understand what the obligations will be and we have a pretty good sense of where we’re going to find the revenue to cover it,” he said.

In his remarks to the crowd, Murphy acknowledged his proposals would increase costs for businesses. He wants to increase taxes on millionaires and raise the minimum wage to $15 an hour. But he argued his progressive policies would benefit the business community by growing the economy.

“I don’t want to just grow the pie, I want to ensure everyone in our state gets a slice of that pie,” he said. “I wholly reject the myth that lifting up employees and giving them a pathway to the middle class through higher wages, expanded educational opportunity and stronger workplace protections kills jobs.”

Guadagno, who has been Gov. Chris Christie’s liaison to the business community as lieutenant governor, touted a reduction in the unemployment rate from a high of 9.8 percent to 4.1 percent since Christie took office. The state’s economic growth, though, has been slower than the nation’s post-recession.

“We will stop the progress that you have made if we don’t stop Phil Murphy,” she said.

“The state is not in a good position. The facts speaks for themselves,” he said. 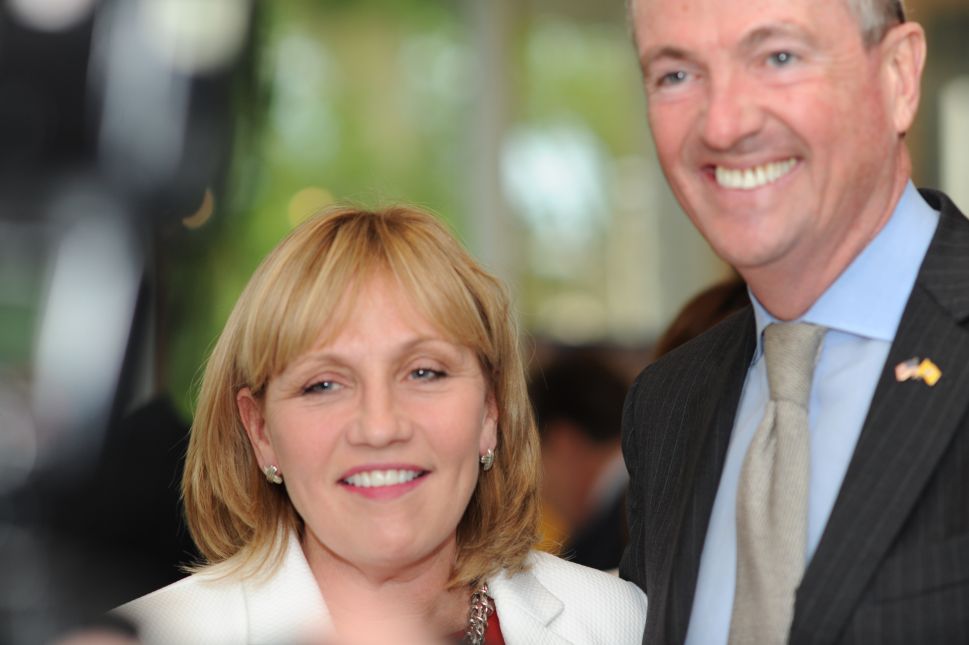