Halsey has a lot to celebrate now that her new album, hopeless fountain kingdom, reached number one on the Billboard 200 chart. Not only is this Halsey’s first number one album, but it’s also the first female number one album of 2017.

If the singer-songwriter, whose real name is Ashley Frangipane, is looking for place to throw a celebratory party, she doesn’t need to look any further than her brand new home. She reportedly bought a very contemporary four-bedroom, three-bathroom house in the Beachwood Canyon area of Los Angeles, which is “perfect” for entertaining—at least according to the listing.

The “architectural modernist” abode, which sold on March 1, was built in 1990, and inside, the open floor plan consists of a whole lot of glass and concrete flooring throughout, with vaulted wood beam ceilings and a master suite with more of this poured concrete. Even the vanity in the master bath is made of concrete.

Prior to scooping up her new home, Halsey was apparently living in a rented Sherman Oaks house. Now, the singer is residing in her new Beachwood Canyon residence, reportedly with her friend Payton Selzer. Indeed, it looks like they’ve already debuted their new home with a few Instagrams, so it’s safe to say they’re all moved in. 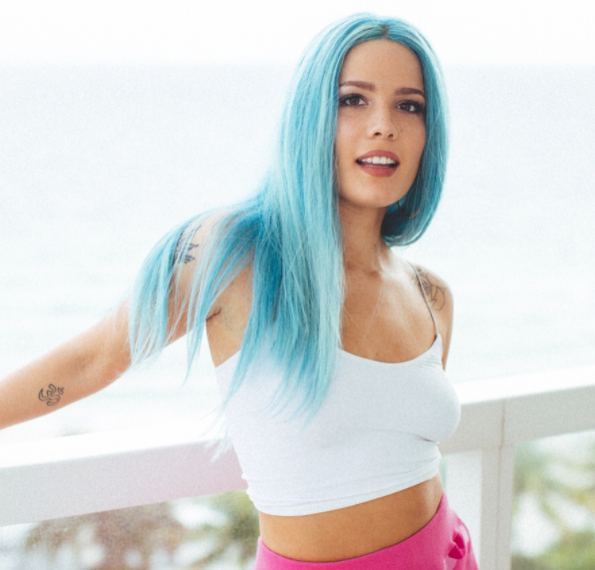