We are nearly a decade out from the Great Recession and a national housing crisis that cost more than 10 million families their homes, yet many lower-income families, both in and outside New York, continue to struggle to make rent and are unable to afford a home.

Yet, 30 days of proclamation have come and gone, and still absent from the White House are any indication of policies that will ensure homeownership is a choice for lower-income Americans yearning to break through to middle class life.

But why should the average New Yorker care about homeownership? After all, this is a city of mostly renters. Owning a home can appear to be an out of place priority when so many are struggling to pay their rent each month. And, many of those who could afford to buy, either still elect to remain renters or choose to live here only temporarily with the intention of seeking out a permanent home elsewhere.

The key difference is that even those who decide to be renters are acting on a choice that is denied to millions of families because of their modest incomes.

Why should homeownership be available to lower-income families? The truth is that climbing rents and unaffordable homeownership are two parts of the same systemic housing problem.

Access to affordable homeownership helps ensure that New York’s housing ecosystem is healthy and serving the most number of people possible. When hard-working, lower-income New Yorkers don’t have the opportunity to purchase their first home, the ripple effects can be seen across the housing landscape.

New York City has seen homeownership rates drop by nearly 3 percent from its peak of 34.4 percent ten years ago resulting in an additional 124,000 New Yorkers in the rental market. With few opportunities for homeownership, lower-income families are left to compete for a dwindling supply of affordable rentals.

Opening the doors of homeownership to lower-income families is an important and long-term means to relieve that strain, providing them with access to the transformative benefits of homeownership while vacating affordable rental units, thus helping families all along the housing continuum.

Looking beyond proclamations, what are some ways that we can achieve this? These are five policy changes that must be made at the city, state and federal levels.

Many homes are developed using designated tax abatements and subsidies to keep costs low and allowing them to be sold at affordable rates. However, after years of appreciation, those affordable rates time out, meaning the homeowner can sell the units at the market rate. This means affordable housing stock can be lost to rising market rates in just one generation, and more costly subsidies are then required to replenish the units.

One way to plug the slow leak in affordable housing stock is a piece of legislation introduced by New York City Councilmember Donovan Richards. Intro 1269 will incorporate Community Land Trusts (CLTs) into the city code and affordable housing plan. CLTs are community-controlled nonprofits that own land, selling or renting the housing on that land to low-income New Yorkers with stipulations that owners must sell to similarly income-qualified buyers.

This means owners reap all the benefits of homeownership, including long-term equity, while maintaining unit affordability in perpetuity for the community.

Existing tax exemptions, abatements, and assessment practices are insufficient to ensure the long-term and permanent affordability of resale restricted homes. If a home is on CLT land or has a deed restriction capping its value, a market rate tax assessment may render the home unaffordable for either the current homeowner or the future low-income homebuyer.

The state must establish a tax-exemption and assessment caps for land owned by CLTs so that assessments properly reflect the affordability of the home and keep it affordable.

One of the largest barriers to homeownership for low- to moderate-income families is the high cost of down payments. In areas with a high demand, individuals and investors who can offer a higher downpayment up front—sometimes all cash—outbid lower income families who cannot, eliminating homeownership as an option for otherwise financially qualified families.

Programs like HomeFirst provide eligible prospective buyers with up to $25,000 toward downpayment or closing costs, giving first time homebuyers a better chance of affordable homeownership. These programs should be encouraged and expanded in order to make homeownership a more equitable process.

Funding levels for rental housing has vastly outpaced homeownership programs, leading to very limited resources for builders of homeownership units, and keeping the numbers of units for affordable homeownership low. Not to mention that despite the dramatic increase in cost of construction over the last 30 years, State allocations to build homeownership opportunities have not increased since the establishment of the Affordable Housing Corporation in 1985.

The state can remedy this oversight by raising the per unit allocation for homeownership projects in high cost communities and mandate that projects accessing these increased funds require permanent affordability restrictions, ensuring anyone who wants to sell their home in the future must sell to another income qualifying family.

The HOME Investment Partnerships Program is the largest federal block grant to fund the purchasing, building, and rehabilitating of affordable homeownership units. Its flexibility allows communities to implement strategies that reflect their unique environments and priorities.

HOME, among other programs such as the Self-Help Homeownership Opportunity Program and Community Development Block Grants, are at risk of being eliminated even though they are necessary in providing homeownership opportunities.

These changes to governmental policy will ensure that for the next generation homeownership is at the heart of the American Dream. Owning a home affords families the opportunity to build long-term equity and studies show that homeowners are more likely to achieve higher educational outcomes, live healthier lives, remain gainfully employed, and be more civically engaged within their communities. Homeownership is at the center of strong, stable neighborhoods, and a meaningful change requires both celebrating and advancing the tools and policies that help make affordable homeownership opportunities possible.

Declaring a National Homeownership Month is a good first step, but now it is time to move beyond the proclamation parchment and dive into our nation’s law books.

Karen Haycox is the chief executive officer of Habitat for Humanity New York City. She previously held a number of senior positions with Habitat for Humanity International, including leadership roles in the Carter Work Project as well as international and domestic disaster relief focused on the Asian tsunami, Hurricane Katrina and Rita, Haiti earthquake, Midwestern tornado outbreaks and Superstorm Sandy. Most recently, she served as vice president of Fund Development at Southwest Solutions, a leading provider of human services, affordable housing and economic development in southwest Detroit. 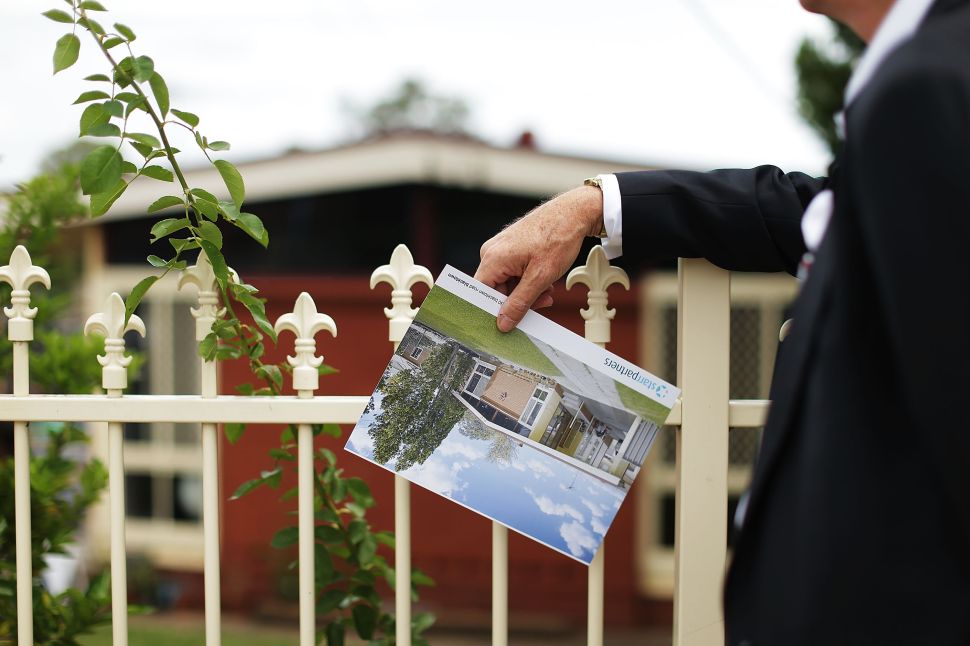