40 years since my life changed because of it.

I saw it over 30 times that first year.

I cried when the next movie, Empire Strikes Back, came out because it was a cliffhanger and I hated that I had to wait three years.

When “Return of the Jedi” came out, my friends and I convinced our parents to let us take a day off from school.

We got to the theater six hours early and were already about 100th in line. People had waited on line all night.

We snuck down in our seats and watched it three times in a row. I was in a glow when I left. I felt like a Jedi.

I don’t care if people hate, like, love, or are indifferent to the prequels or the sequel. I love them all. I love the books.

How did it change my life?

I can put my best effort into something. And that’s all I can do.

Then I surrender the results.

THEN I SURRENDER THE RESULTS.

Two steps to anything in life:

1) put in the best effort
2) surrender to the results.

If someone leaves me when I put in my best effort, I just have to move on.

If someone abuses me when I put in my best effort, then I have to leave.

This has helped me meet new people I wanted to meet. It’s helped me every time in my life I have felt fear.

How do you put in the best effort?

a. PLUS, MINUS, EQUAL

i. find a mentor, real or virtual to model yourself after

ii. find equals to challenge you. On Steve Martin’s master class on standup comedy he says as the very first thing to do if you want to do standup comedy:

find other funny people and talk to them. Not for a few minutes or a few hours. But CONSTANTLY. Pitching ideas to each other, challenging each other, helping each other improve.

iii. find your minus.

I always make sure I lecture and teach whenever possible. I regularly give talks at Columbia or NYU, for instance, and other local conferences.

Why? Because it helps me solidify things I learn, it puts me in “beginner’s mind” so I can learn more from the point of view of someone just starting, and it helps me improve my own public speaking and teaching skills.

And then repeat “a” as much as possible.

I read everything I can about what I am interested in.

When I was a kid and wanted to get better at chess, I studied every game I could get my hands on.

I skipped school and would read books on chess all day long. I don’t know if this was a better use of my time but I did get better.

Every time I get interested in something new, something that sets my chest on fire, I read everything I can about it. And if there’s nothing written on it, I write the book.

Much more important than “READ”.

Too many people write or read and don’t do.

You can’t get BETTER until you DO.

When I started my first business, it wasn’t enough to know how to program and solve a hard problem.

I had to learn to do something I had never done before: sell.

I didn’t get better until I started to write. Until I told stories. Every single day.

I wrote a novel when I was 21. I got feedback from a professional novelist (“uhh….it has potential but write your NEXT book”).

When I played chess in tournaments I would take each loss and bring it to my instructor and he would break down each move where I went wrong. He’d set up similar positions and I would have to solve them over and over.

When Luke tried to lift his ship out of the in “Empire”, he failed. He got immediate feedback from his instructor, Yoda.

The one advice every standup comic gives me: record each performance. Amy Schumer has said in an interview, she listens to her performances to find out if she should even pause 1/4 a second more at the end of a joke.

You can’t get better until you do something A LOT. There are shortcuts. But everyone good already knows the shortcuts.

There’s no hack to hack the hacks.

Talent is 5%. It’s the ignition that starts the car. But then you have to drive.

Star Wars is about surrender.

The hero, Luke, is reluctant.

But he surrenders to the fate around him.

Fate is about a future that is outside of your control.

Star Wars concludes with Luke trusting everything he’s learned. His best effort. And having faith in it. Finally, not having faith in a system, or a teacher, or a fad, but HIMSELF.

It’s ONLY when he finally does that that he is able to save the Universe. He’s able to find his destiny.

That’s why I say Happy Birthday to Star Wars.

Because I learned how to put in my best effort.

I finally learned to surrender and trust myself. I have to re-learn this every day. Because I fail a lot when I don’t do this.

Destiny is more powerful than fate. Because you can’t control it, but you can surrender to it, and then it actually happens, whether you like it or not.

James Altucher is the author of the bestselling book Choose Yourself, editor at The Altucher Report and host of the popular podcast, The James Altucher Show . Join the 136,000 readers getting a dose of my best and controversial content. Join here. 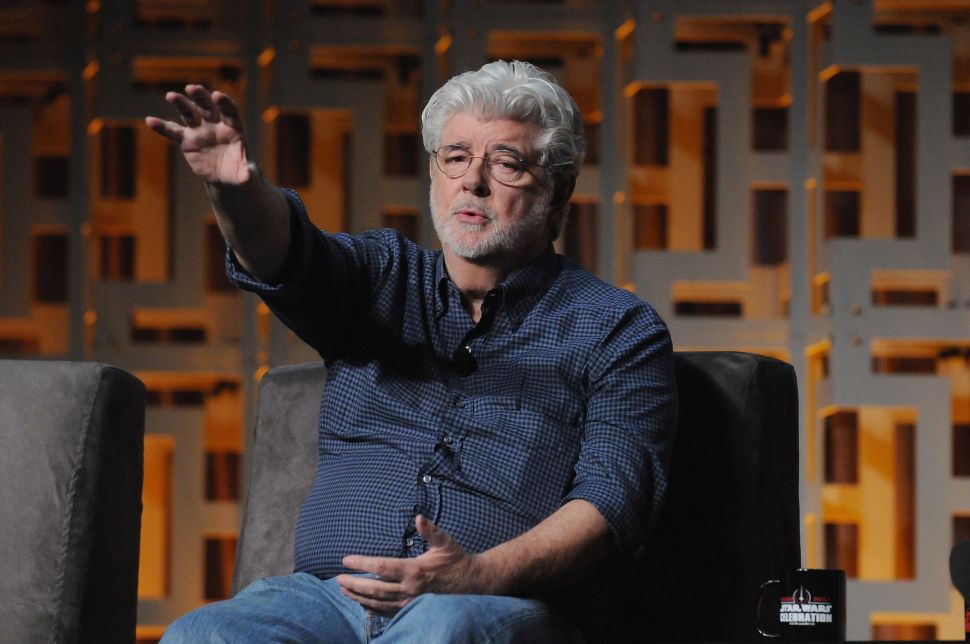