“I want to meet someone randomly on the street and fall in love the old fashioned way.” Said my friend Joan, while pulling a shot of espresso at her coffee shop in Queens. She seemed high but it was just a touch too much caffeine in her system.

“I don’t want to deal with the back and forth of a dating site. I don’t think this is unreasonable! To meet a man IRL, in real life!” She said doing air quotation marks with her fingers. Madge and I rolled our eyes, though I agreed. Out of all of us, Joan’s workplace was Man Central. Men are rampant in coffee shops. It was infuriating to hear her complain. Although Madge worked at a salon with mainly female clientele, she had recently acquired a steady beau who she met “in real life” at a bar, whereas everyone else I knew had acquired their special someone via internet or dating app. Most of my clients as a sober companion were female. Other than meeting an occasional doctor, dating within the industry wasn’t worth the risk of losing a job I loved. My days of hanging around in bars were also done.

Maybe I should’ve been a barista but I couldn’t even use a Keurig properly. Joan banked more male attention than any bartender I knew. She scored a potential date literally every day at work but in fact was never interested enough to pursue any of them. Was being a barista babe the secret to scoring though, should I try it?

“I like men who buy locally. It shows loyalty and thinking outside of the box, and a true appreciation for coffee. Your goal is to meet one of those fellas a week. It’s going to happen and I’ll be your wing woman!”

Joan, the expert, weighed in. “Prime time for scouting males is 7:30-10 a.m.. After 10 a.m., you have laptop hobos. Don’t bother with them, they’re guys on their computers looking for shit on eBay and Reddit who don’t have real jobs.”

For about a week my brain tried to analyze the men who came in the shop by their beverages. A man who could take his coffee straight up with no sweetener was my version of a bad-ass rebel. I’d swoon for a man who drank a Cortado. A guy who drank tea? They seemed timid, they’d avoid looking my direction. It’s as if we already knew it wouldn’t work out. A man with a Matcha beverage? He was probably a flash in the pan, adventurous but saddled with commitment issues. He’d be over Matcha as soon as the next trend came out. A man or any human who wanted an Avocado Latte was dead to me.

This plan seemed brilliant at first. No actual dates were secured though there were some close shaves, so to speak. But Joan had more incentives for the eligible chaps coming in and out. She cock blocked me whether she meant to or not, as she cheerily greeted the refill returners and regulars topping up on their way home. After a few weeks of hanging around at the busiest times it became obvious the plan wasn’t working. I also was tired of buying a Metrocard just to go scope out guys in Queens.

Then it struck me. Why was I going to an outer borough when I lived above a Starbucks? Joan seemed appalled.

“Go ahead and try!” she said, upset. “Go to Dunkin’ Donuts! Those places don’t even know what a Cortado is, and if you’re okay with that, it’s your life. Don’t say I didn’t warn you.”

I had no game plan in my quest to meet guys at Starbucks other than to establish eye contact and smile more often. It used to be shocking and somewhat taboo to admit to using online dating sites. Now it’s unheard of to not be on one. Meeting someone IRL and actually flirting in person is as retro as owning a landline or going to a travel agent.

After a week of lingering around the local Starbucks I struck up a conversation with a guy who seemed friendly enough. It was 5:30 a.m. and I was on my way to the gym in baggy clothing, far from dressing to impress. I was barely caffeinated and it was so early.

“I’m Johnny.” he said extending his hand. “I work on that new high rise on 7th Avenue, I clean up real nice though.” He was clad in construction gear, and looked fine. I shook his hand, without apologizing for how I looked, I didn’t care. “So what do you do?” he asked. This was a question that often required a very long drawn out answer. Explaining what a sober companion is takes time. Confessing to being a sex columnist can scare people away. I answered vaguely.

“What do you write about?” he asked.

“You seem real cool. Can I have your number?” I was still waiting for the espresso to hit my bloodstream and knowing as soon as I did it, that I’d regret giving him my information, was no help. “I’ll text you sometime.” He said, smiling as he walked away.

Maybe he wouldn’t even contact me. What were the chances?

By the time I had gotten to the gym I had FIVE messages from him.

“I clean up real nice.” with that one he included a selfie of him in a car wearing sunglasses. This wasn’t a good look for him. I also hated the sunglasses he was wearing.

Oh hell no. This was too much too soon. I began to feel guilty. Was I being too bitchy and not giving him a fair shot? After the gym, maybe I would text him back. Then came the unsolicited penis picture at 6:30 a.m. As if that were supposed to get me to change my mind, and it did help reiterate this wasn’t going to work out.

What’s a girl to do in this situation? I could’ve freaked out and written back something scathing. After pondering on it, I sent him a simple message.

“Sorry I gave you the wrong idea. I’m not interested.” I wrote back making no mention of the penis pic.

The next day when I showed up at 8 a.m. at Joan’s coffee shop in Queens. I vowed to never enter the Starbucks again before 6 a.m. and told her about the picture I was sent. Of course she wanted to see it.

“I told you.” She said handing me a cold brew, with a sympathetic look in her eye. “That’s what you get for not supporting local businesses. “I’ve never gotten a random dick pic though.” she whined.

“It’s nothing to be jealous of.” I responded. “You can have his number.”

I shifted my focus to writing in the coffee shop rather than assessing it for guys. I was looking too hard. Was it that impossible to meet someone IRL? For now I’m just letting fate run it’s course. I’m wary of giving my number out, because you never know what a stranger will send you during your morning cardio routine. 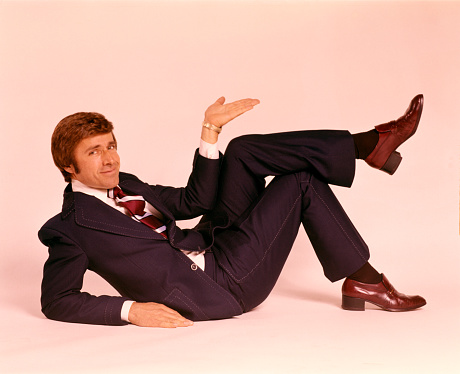