Josep “Pep” Guardiola was one of the most iconic soccer players of the 1990’s. He represented his country almost 50 times between 1992 and 2001, captaining the Gold Medal Winning 1992 Olympic Team and representing Spain at the 1994 World Cup and Euro 2000. He was the Michael Jordan of his time. But if were up to him he would have never played for Spain.

Pep is from the autonomous community of Catalonia. This region in Spain has it’s own language, it’s own culture, and for the almost 2 million Catalans who voted in the 2014 referendum, it should have it’s own state. As such, Pep considers himself distinctly Catalan and has long advocated for Catalonia’s secession from Spain.

I’ve always found this duality fascinating. Here you have a man bringing honor and glory to a country…that he desperately would like to be separated from. How does Pep reconcile two contradicting parts of himself? How did Pep wear the shirt of Spain while clamoring for the independence of his native state? All while cashing large checks from the country would very much like for that not to happen?

As the philosopher Amin Maalouf stated in his opus On Identity, “every individual is a meeting ground for many different allegiances, and sometimes these loyalties conflict with one another and confront the person who harbors them with difficult choices.”

The paradox of identity and its components has been on my mind recently. Over the last few months I’ve spoken at three diversity conferences in as many countries and sat through a good amount of workshops covering the topics of diversity and inclusion. In fact, a quick Google News search shows about 372,000 topical results. It’s at the top of every large company’s mind. But I ask: If our identities are composed of diverse and often contradicting components, then is full inclusion in the workplace even feasible?

Pep has very strong political beliefs. But he never brought them into the locker room or used his platform as a soccer player and manager to preach about secession and the Catalan right to vote. As the journalist Phil Ball told me,

“You can’t be a really hard-core nationalist in sport. It brings on all sorts of problems. In Pep’s case there was a gaping canyon between the main identity (Catalanista) and the Spanish part. But they both exist. Guardiola took the safer route. He was simply too smart to bring that stuff into the locker room.”

By keeping his nationalist sentiment outside of his work, Guardiola avoided controversy. To contrast, let’s compare Pep’s approach with Colin Kaepernick.  The former 49er starting quarterback remains unsigned. Some, like Seattle’s Michael Bennett and Philadelphia’s Torrey Smith say Kaepernick is being ostracized by the league for his protests last season. If you didn’t follow the 49er’s 2016 season (hope you didn’t, they were terrible) you should know Kaepernick took a knee during the national anthem before every game last season to protest the treatment of people of color by police officers.

In addressing the media at the onset of the 2016/2017 NFL Season, the former starter said, “I’m going to continue to stand with the people that are being oppressed. To me, this is something that has to change. When there’s significant change and I feel that flag represents what it’s supposed to represent, and this country is representing people the way that it’s supposed to, I’ll stand.”

While I don’t agree with Bennett in saying Kaepernick’s inability to land with an NFL Team is proof-positive the league—and it’s fans—is racist, I will point out how sad and absurd it is that peaceful protest seems to be  more of a career hinderance than beating your wife, in professional football. But it’s not about what I think. In this case, Kaepernick’s political identity clashed with the prevailing culture of his employer, the NFL. While I applaud him for standing up for his beliefs, I wonder if things would have turned out differently if he went the Pep route and didn’t use the sports platform to share his political thoughts.

While I wasn’t clamoring for California’s secession, I’ve face similar identity predicaments in the past and it has impacted my career. When I was on the job search, the topic of hobbies and interests would inevitably come up with prospective employers. I would enthusiastically talk about my love of reading and how I’ve been a contributing writer for the likes of Entrepreneur, Fast Company and this fine outlet.

But to these hiring managers “writer” meant distraction. Whether it was fair or not, they judged me as not being all-in since I had interests that would take up, in their minds, a lot of time. Furthermore, the common stereotypes associated with writers contradict what they think a business development person should be. One executive flat out told me, “you’re not a Director, you’re a writer.” How can you close business if you’re a quiet, introspective book worm is what he was saying between the lines.

He wasn’t trying to be a jerk. Because as wrong as I think he was (I’ve been able to launch Waze Ads in three languages and a few countries…despite being a bookworm) the writer doesn’t fit into the the prevailing sales culture of many organizations. You can be many things to different people but I suppose you cannot be everything to one person or organization. Businesses like experts, sometimes at the cost of one of my identities or against their better judgement.

I believe the narrative of full inclusion in the workplace is misleading. The workplace will always have a prevailing culture which means some parts of ourselves will fit in better than others. In my case, it meant not leading with my writing abilities (until I join the Penguin team and Imma bring this publisher mad more C.R.E.A.M). A job is not necessarily about capturing and encouraging every part of every person’s identity. Sometimes a job is just a place to do work and make money.

By no means am I implying that it’s okay to have a hostile work environment, but I want to emphasize that the narrative of full inclusion ultimately sets up organizations for failure. What we’re basically saying is “bring your whole self to work…then acclimate to the culture.” Imagine the disappointment of myriad candidates and new employees have when they realize the utopian workplace they were promised fails to manifest.

It’s important that we remember that full “inclusion” is not the same thing as not-discriminating. It’s the latter that is mandated by law and is the moral obligation of employers and industries. The former? It’s a choice. It might be all the rage right now but it’s not guaranteed to work and not necessarily even fully possible.

As depressing as this realization may be, it doesn’t mean things won’t work out. For example, though Kaepernick remains unsigned, maybe it was worth it for him to talk about politics in the workplace, so to speak, since it sparked a broader conversation around race in America. And for Guardiola, not talking about secession in the locker room was the right call since it allowed him to have a long and illustrious playing career. Finally, in my case, working in tech as a business development lead allowed me to see the world and gain the perspectives I’m now writing about. 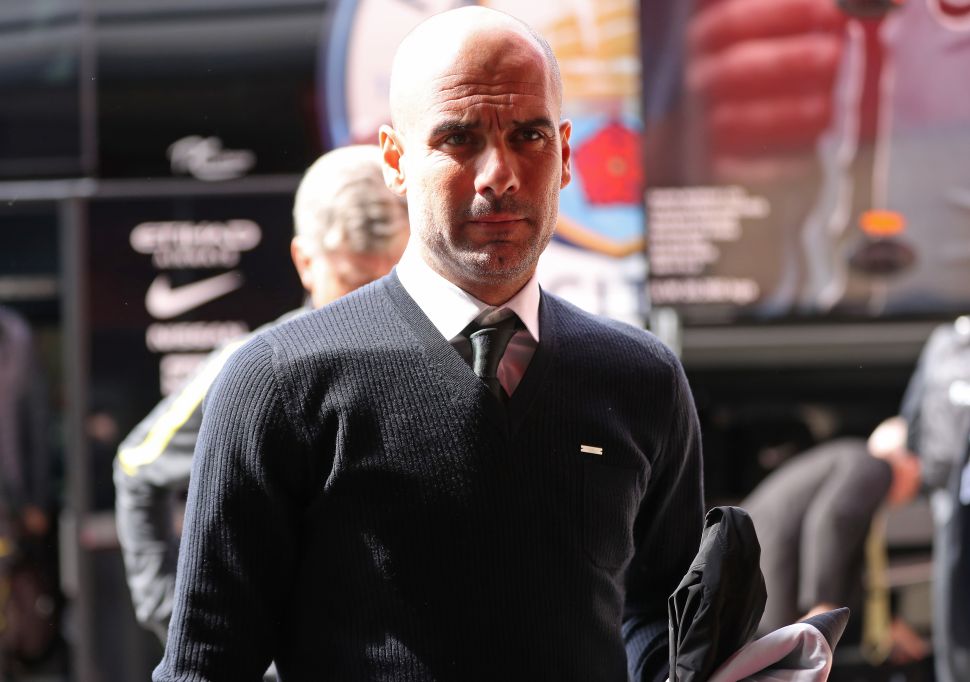