The reason I’m so much fun at parties is that my idea of a good time is to lecture everyone on cryptocurrency. I can pretty much talk bitcoin and blockchain with Hamiltonian fervor all night.

Ever since I began writing about cryptocurrency in general in 2013—I believe this story I wrote for Esquire in fall of that year was the first ever mainstream media mention of Ripple (on whose board I now sit)— I have been making one point to anyone who will endure my “what is cryptocurrency” lecture. People are all wrong about the difference between cryptocurrency and “real money.”

By real money, people invariably mean fiat currency issued by a government. To counter the argument that “real money” is somehow safer than crypto I’ve pointed to Argentina’s 40 percent inflation rate, or the Weimar Republic, and its famous wheelbarrows full of money to buy a loaf of bread (which was arguably intentional as Germany sought to repay Treaty of Versailles debt with devalued deutsche marks). And of course the world has watched in horror as Venezuela has devalued the bolivar to the point of meaninglessness.

These are not hypothetical examples. If you think this is all futurist theoretical BS, read up on the devastating effect hyperinflation is having as it transforms what was once South America’s most promising economy into a hellish nightmare in which people are eating their pets. Governments constantly, reliably, invariably and maddeningly ruin their own currencies by giving in to the temptation to overprint it. The beauty of bitcoin is that, like gold, the entire supply of it that will ever exist on earth (21 million coins), is known about, finite, and will never increase.

Still, as powerful as these examples are—some from recent second-world countries and others from past first-world countries—they do not vividly resonate with Americans. That makes perfect sense. The U.S. dollar, after all, has been so reliable that the very countries I am criticizing, like Argentina and Venezuela, turn to the greenback and use it as a shadow currency to store value as their own money fails.

Even when we see American commodities change dramatically in price, like we witnessed with gasoline in 2008 when it reached $4.11 in July and fell to $1.84 in January, people don’t readily seem to connect that it’s not just gasoline fluctuating but American money fluctuating. If my $10 bought 4 gallons of gas on October 1 and two gallons of gas on November 1, gas doubled in price just as the buying power of the American dollar was cut in half. It’s the same thing. (Not precisely the same, actually, but close enough for the point I’m making.)

So what I’ve been searching for in these years of evangelizing and explaining the revolutionary power of cryptocurrency—including bitcoin, ethereum, ripple, litecoin, this new one BAT that I’m interested in and others—to transform basically everything, are examples that will resonate without sounding like I’m talking about 1930s Germany or the struggles of the second world. These last few weeks, I think I’ve got what I need. And it comes heartbreakingly from my home state.

Illinois faces financial distress that’s unprecedented for any American state. Without a budget for two years and sitting on top of over $15 billion in unpaid bills, the state is, to use a phrase that State Comptroller Susana Mendoza borrowed from Bonfire, “hemorrhaging money as the state’s spending obligations have exceeded receipts by an average of over $600 million per month over the past year.”

While the United States Constitution prevents a state from declaring bankruptcy the way places like Detroit and Orange County have, the situation is so dire that the Tribune’s prestige columnist, John Kass, is only partially kidding when he calls for the state to be divided up between its five Midwestern neighbors.

Again, this is not just wonky penciling. The people of Illinois are being crushed by the burden imposed by a state that cannot pay its bills. The Chicago Public Schools, for example, must now pay 9 percent on its adjustable bonds because they are rated as junk. S&P is warning of a “negative credit spiral” and threatened to lower its rating even further if the state cannot hammer out a budget by July 1, which is less than a week away.

In other words, a bridge that used to cost $100 million to build because that’s what it cost to borrow the money from bondholders, now might cost $150 million. Just as we saw in the gasoline example, anytime something costs more US dollars for the exact same product, you can look at it as the cost of a bridge going up, or you can look at it as the value of a dollar falling.

That’s why I believe in cryptocurrency.

Illinois cannot print its own money. I don’t know what they’re going to do to crawl out of this mess. But there is no denying that all governments, including the United States, have manipulated their money supplies for political ends. And that’s why I am so bullish on the future of cryptocurrency.

This isn’t about whether bitcoin will soar to $5,000 or sink to $500. I think either is possible and equally likely, and I’m not looking to give investment advice. All I’m saying is that I trust currencies that are cryptographically enshrined and limited by the hard realities of math, at least as much as I trust human beings who are subject to the allure of popularity and other shiny objects.

The best book about cryptocurrency is Digital Gold by Nathaniel Popper. And the parts of it that most moved me occurred when he described how this incredibly complicated and novel technology actually affected human lives. One of the early innovators of the bitcoin ecosystem was Wences Casares, who founded Xapo and a bunch of other crypto-friendly fintech startups. When Casares was growing up in Patagonia in the early 80s, the Argentinian government was messing with its currency to disastrous effect. First, they issued a new peso, exchangeable for 10,000 of the old peso. When that failed, they rolled out something called the austral, which was worth 1,000 new pesos (ie, 10 million of the currency that had been in use two years earlier). The inflation rate was more than 1,000 percent a year. Casares describes his mother carrying “two grocery bags filled with money”—her wages. He and his sisters rushed with her to the store to buy what they could because the market employed people who did nothing but walk the aisles all day repricing items.

These math-based moneys from the future have a lot of user-unfriendliness and even getting money into and out of accounts can be a customer service hassle. But bagfuls of nearly worthless cash are not an unimaginable reality for millions of people on the planet. That’s the human reason I’m willing to continue to bore people with cryptoevangelism. 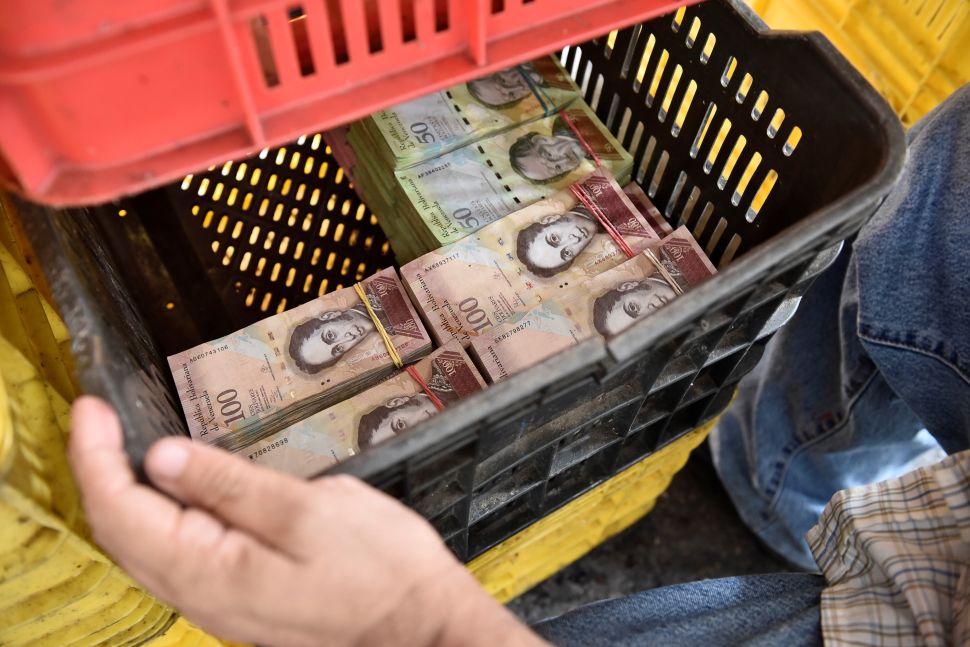