Just a few years ago, the prevailing strategy in labor-dependent industries was to move production offshore. Cheap overseas labor increased the competitiveness and profitability of a typical manufacturing business.

But that strategy is becoming harder to justify. As automated machinery takes the place of human workers, the cost benefits of offshore production are diminishing quickly. Interestingly, today’s U.S. manufacturing output is the highest it has been since at least 1974, while employment in manufacturing is at its lowest since 1949. It’s taking fewer workers to produce the same number of goods each year. Today’s business leaders and American workers are far less concerned about jobs going overseas than they are about jobs going to robots.

Automation’s appeal is obvious: It increases productivity. Humans can’t execute simple tasks with the speed and consistency computers can. The more automated a process, the fewer man-hours required to get the job done. Research from McKinsey indicates industries like manufacturing, food service, and retail are the ripest for automation as they rely on simple, repetitive physical activities.

However, automation will not completely replace human labor, as many have feared, nor will it replace positions as quickly as many have believed. The change in manufacturing productivity has been steady, with no apparent increase in its rate. As The Washington Post puts it, if automation were to replace humans as quickly as has been rumored, the American economy would already see a seismic change beginning — and we aren’t. We would expect to see unemployment increasing as workers are rapidly displaced, but advanced economies like the U.S., Japan, Germany, and South Korea are nearly at full employment, despite high levels of installed automated machinery.

Human input will always be required; this will hold true, even at the peak of the age of automation. What manufacturers and their employees must prepare for, however, is the shift in the nature of their work.

Shifts in the labor market will take time to evolve, and leaders must plan on a long time horizon with automation in mind, forecasting what their business needs in the next five to 20 years — what talent it will take to run an increasingly advanced manufacturing floor, where to find the talent, and how to organize operations to harness this future without sacrificing today.

Tesla is already contending with this issue. Despite recently acquiring a reputable German engineering firm specializing in advanced automation, Tesla is eager to hire qualified engineers for its expanding manufacturing operation in Northern California. The bottleneck of its highly automated production floor is not created by robots, but by humans; unable to find qualified workers in California, it has begun recruiting professionals from Mexico to satisfy its need for technical talent.

The Tesla example is both a positive sign of the future of manufacturing employment and a cautionary tale. Manufacturers worrying too much about the size of the workforce and not enough about its skills and abilities will struggle to reap the rewards of automation.

Preparing for a Hybrid Workforce

It’s safe to assume that innovation in manufacturing will continue as it has historically; some roles will fade as new roles take center stage. The manufacturing sector will rely increasingly on a hybrid of advanced automation and skilled technical professionals.

Governments and businesses alike must prepare to retrain their people to adapt smoothly to these inevitable changes. Failing to do so will continue to create political instability for governments and extremely tight labor markets for the private industry.

Hiring and training new types of workers will take center stage. The manufacturers who thrive moving forward will realize that the problem at hand is not the size of the workforce, but the quality and capability of the workforce to handle the tasks that automation cannot.

Andrew Powch is a member of Seraph’s executive team. Seraph works with clients to transform, relocate, or restructure their business operations, and its team regularly works with lawyers as expert witnesses. Andrew frequently works with leading international companies in the automotive, aerospace, energy infrastructure, and medical technology/device sectors. 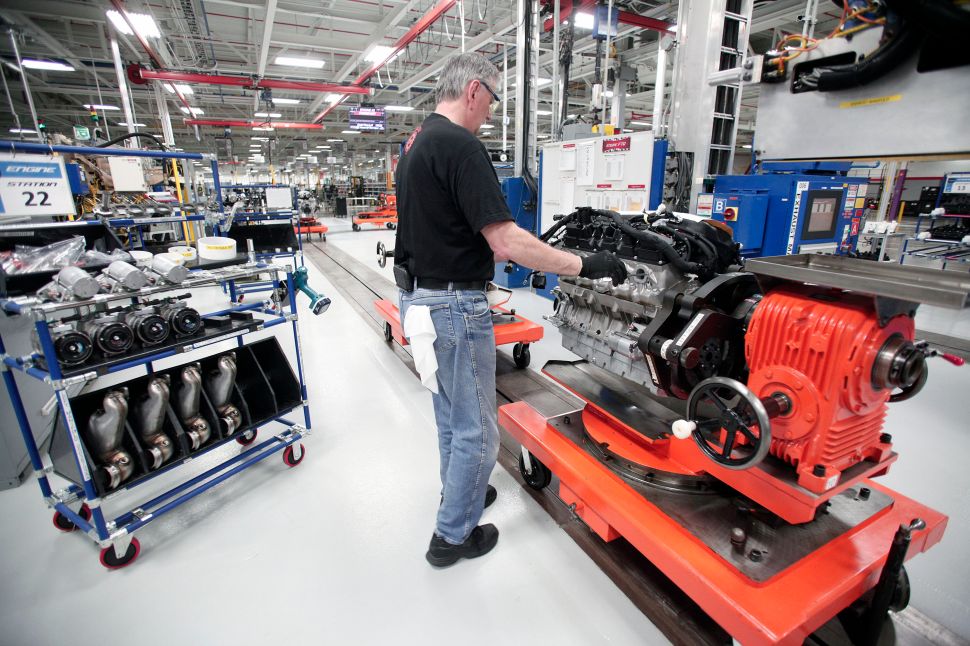