Last week we reported on Paula Vogel and Lynn Nottage, two female playwrights who blamed “the patriarchy” (in particular New York Times theater critics Ben Brantley and Jesse Green) for the early closings of their plays Indecent and Sweat.

Well, thanks to popular demand one of those shows is staying on Broadway a little while longer—critics be damned.

Producer Daryl Roth announced last night that Vogel’s play Indecent would play at the Cort Theatre until August 6. The show, a tribute to and exploration of Sholem Asch’s 1907 Yiddish play God of Vengeance, the first play to feature a kiss between two women, was originally scheduled to close this Sunday.

Announcing a six-week extension after posting a closing notice is unheard of in the world of Broadway, but Roth told The New York Times that she and her partners had made the decision based on an outpouring of support in the week since she posted the closing notice.

The play had struggled in recent weeks to fill the Cort, one of Broadway’s largest theaters with over 1,000 seats. But following the play’s Tony Award wins for lighting designer Christopher Akerlind and director Rebecca Taichman, ticket sales went “way up” according to Roth, and the weekly gross jumped by $100,000. So since the cast and theater were available for an extra month and a half, Roth took the risk.

Vogel, who is traveling in Madrid, celebrated the news on Twitter:

Daryl Roth is a warrior woman. She fought for Indecent. Please see it.

To the cast and crew of Indecent: you are heros.
I weep in Madrid w/joy to see you all again. You made our play rise from the ashes.

"God willing, next week we will all still be here to perform Act III". Thanks to everyone who support this play. #Prideonbroadway

In a curtain speech announcing the 48 added performances, Indecent cast member Richard Topol thanked audiences for their “incredible outpouring of support and love,” which kept “this special thing” going.

Near the end of the video, one audience member yelled out “Let’s hear it for female producers,” a reference to the fact that lead producers Roth and Elizabeth I. McCann (along with many of their producing partners) are women.

Nottage’s Sweat is sadly still closing on Sunday. You can purchase tickets to both shows on Telecharge. 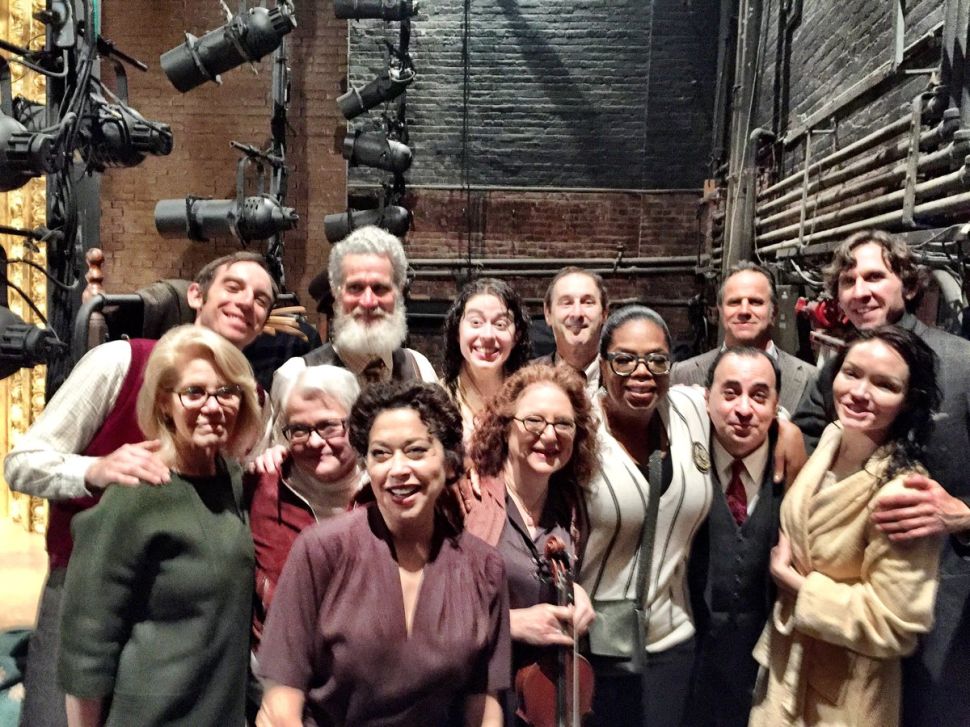