Before the season even started, Observer had Sasha Velour pegged as the winner and interviewed her in these very pages. We caught up with the RuPaul’s Drag Race season nine winner to see how it all went down.

Observer: First of all I have to get my props. I was the one who interviewed you in Bushwick before the season even started.

So I need to hear you say, “Michael Malice is the first critic to predict me as the winner.”

I agree. Yeah, you were convinced that I was going to win when I wasn’t even sure.

You were sitting there, sneaky, knowing that you had a very good chance of pulling it off. I didn’t even watch the finale when it aired because I thought, based on years past, Shea had it in the bag. I saw you even said that to Peppermint backstage, “Oh, everyone thinks they know what’s going to happen.” So Friday I was walking by West 8th when my friends Topher and Jake coincidentally pulled up in a cab. I got in and headed to Brooklyn. They had just watched it and they were dying. And as they were describing it, I’m dying. Then I get home and watch it, I’m dying. So that’s like three murder charges up your alley. You went up against two black amazing dancers with Whitney Houston songs and won. You are cerebral and smart, so you obviously had a strategy going in. Can you explain it?

It’s funny that you mention that because all season my biggest weakness was overthinking and taking things too seriously. I think I showed how lightening up on that a bit allowed that overintellectualizing nature to actually become a real asset. I prepared performances that were just the right combination of showstopping (with a couple of tricks) but also genuinely spending time with the lyrics of the songs and tapping into the emotion. I know that for Ru, the making of a winning lip sync is someone who really understands what the song is about. I tried to show that on many many levels: both metaphorically, with the rose petals, and the mask as symbols for the things that Whitney was talking about. The being blinded by love in the case of “It’s Not Right.”

Part of the thrill of being a performer is knowing you have something up your sleeve.

Ha, ha! When you did that almost a bit of a seizure and you had the petals come out of your wig, and everyone in America had to reach for an oxygen mask because they couldn’t handle it, how did you pull that trick off?

As you saw earlier in the season with the little house under my hat, I love revealing things using my bald head as a tool. I was able to practice it once. I had never done a rose petal reveal like that before. It was a ton of petals that had to be under there, I had to find a way to have a little bump in the wig that wasn’t too visible. The seizure/shaking which was appropriate for that moment in the song was a tactic to get them to fall visually in a way that would have the impact. I had an idea of the reaction the viewers would have on television because the reaction in the room of the live performance was insane. I got a tiny little glimpse of Ru’s and she was mouth open.

Did you have something prepared for the Britney song as well?

I had something different prepared because I didn’t think that the rose petals made sense for that song. Like Peppermint, I thought “Stronger” was about transforming yourself into a more powerful version of you. I feel like that was full of personal meaning for her, which is why she won. I had scissors strapped to my thigh under the dress and I was going to chop my wig into little bits and allow my transformation into a bald queen.

Going back to earlier in the season, it must have been shocking to watch how Valentina was perceived by the fans versus how she was in real life.

I think a lot of us came into the reunion with the goal of having a bit more realness with the relationship that we had developed. I think holding your sisters and your friends accountable for their behavior is one of the most important things for a functional community. As a result of the showdowns and the tensions at the reunion, all of our relationships with each other have really improved. I think it was a model of how to respectfully engage with people and talk openly and listen to the responses. Staying true to the traditions of drag should be about protecting and uplifting other drag queens, even as you uplift yourself. The top four this year are people who value community and honesty and supporting other queens very, very highly. So I was very pleased that this year was a return to that.

Let’s talk about what I consider to be the low point of the season: Alexis on Untucked yelling at the other queens that they didn’t tell her that her dress was basic.

Honestly it was kind of relatable. It did seem strange, and definitely no one was in agreement with her that that was our responsibility or that it was appropriate to redirect the conversation. No one knew how to respond to it.

When she was eliminated, Valentina was probably the frontrunner. What was going through your head when she didn’t know the lyrics?

Completely truthfully, there were lots of ways where that wasn’t surprising. She’s still a very new performer and there’s still lots of things she isn’t capable of doing independently. She is learning now how to be a little bit more self-reliant, how to prepare herself and apply herself in every instance. It was a matter of inexperience, and ultimately to be a superstar you have to be a really experienced drag queen.

Was there any song during the season you wish you had lip synced to?

I really wanted to lip sync to “Love Shack” because I knew exactly how to perform that song. On top of that the lip sync that happened was incredibly disappointing and I feel that neither one of them really got the essence of the song.

Well, as a fellow Russian Jew from Brooklyn, thank you for bringing home the crown.

Thank you so much, Michael. 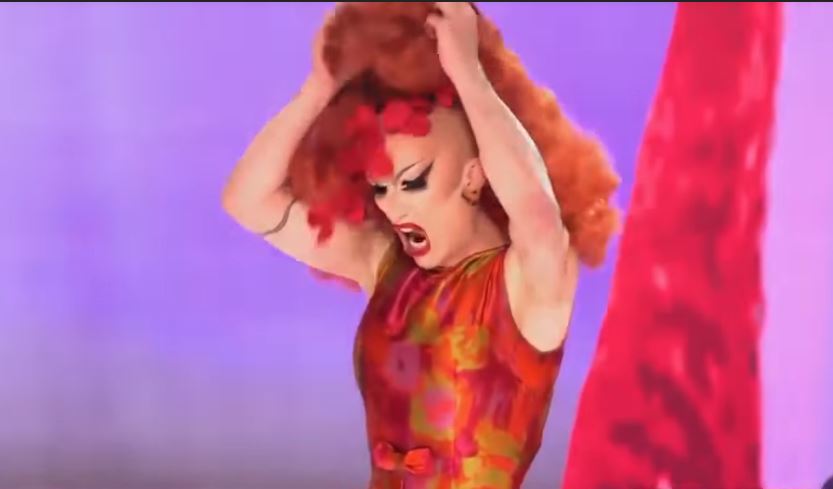