Ivanka Trump is often portrayed as a moderating influence on her father, but she hasn’t had much of an effect on his policy making—President Donald Trump rescinded protections for transgender students and exited the Paris Agreement despite his daughter’s objections. Saturday Night Live even claimed Ivanka was “complicit” in her father’s activities.

But that all seemed to change today with a glowing profile of Ivanka in Us Weekly. The story, which has the print headline “Why I Disagree With My Dad,” is credited only to “Us Weekly staff.” And oddly, it doesn’t feature any original quotes from the First Daughter.

It does, however, feature anonymous sources who state that “Ivanka is the best woman for the job.” What job that refers to is unclear.

“She’s the person he (the president) listens to more than anyone,” an “Ivanka friend” says.

As always, the internet started looking for clues as to how this puff piece came to be. And it didn’t take them long to find out:

Please note: Us is now owned by American Media, Trump family mouthpiece via The National Enquirer. This is a state-approved take. pic.twitter.com/aVtH9BWAlp

Indeed, American Media Inc. (AMI) acquired Us Weekly from Wenner Media for $100 million in March. The company owns many tabloid magazines, including The National Enquirer, Star and OK, along with Radar Online.

Several AMI outlets have been accused of treating Trump and his defenders with kid gloves. For example, the Enquirer recently shared an “exclusive copy” of “President Trump’s secret plan for world peace.” It also reported on Bill O’Reilly’s revenge plot against the “enemies” who ousted him from Fox News.

Even before today, there were signs Us Weekly was headed in a pro-Trump direction: members of the First Family were featured on the magazine’s cover for five weeks in a row earlier this year.

All of these factors caused Twitter users to be extra suspicious of the Ivanka profile—some even Photoshopped new headlines on the story:

What's with the byline? Guess no one wanted their name attached to this shameless propaganda?

Enough with the Nazi bs. pic.twitter.com/5MuRAqieMt

US Weekly wants us to believe that Ivanka isn't like her dad.

The majority of Americans react: pic.twitter.com/QD4KKFjfI1

The cover of US Weekly seemed to have a few typos.
Fixed it.#ParisAgreement #TrumpRussia pic.twitter.com/nD5ebyKlC6

Looks like Ivanka is complicit in her own media coverage as well. 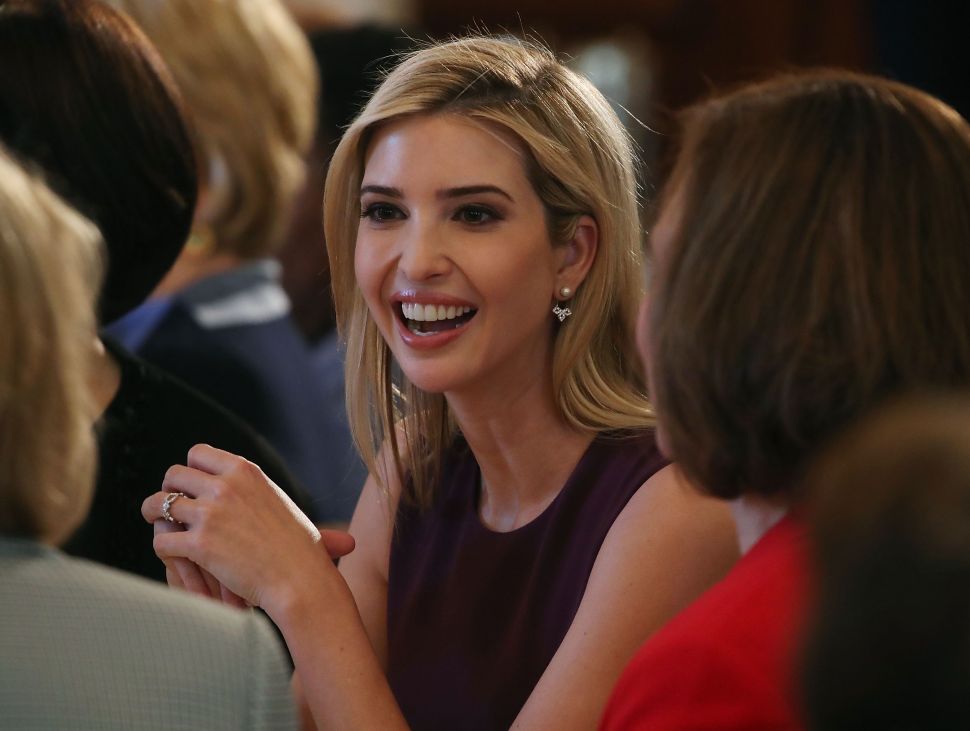