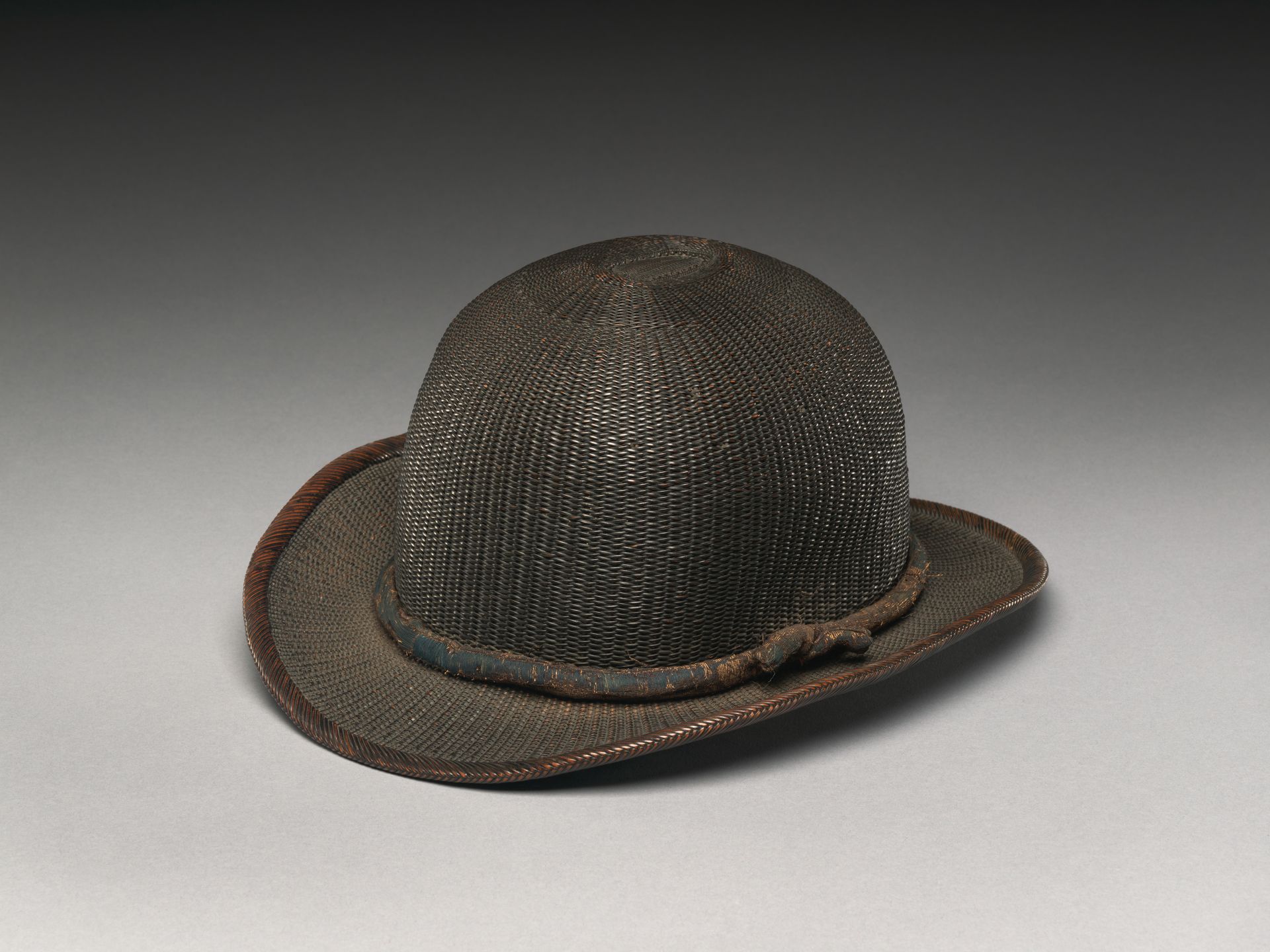 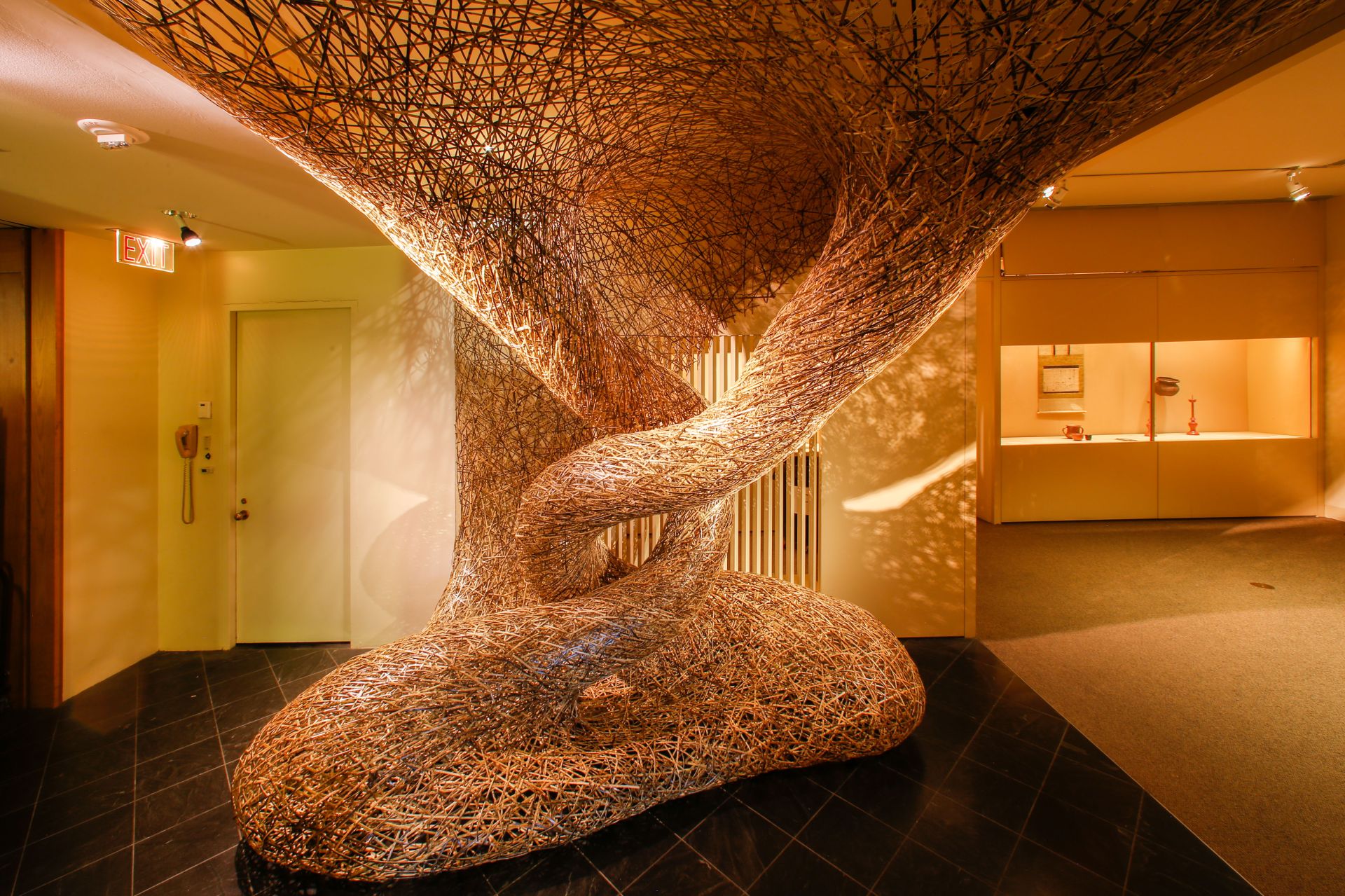 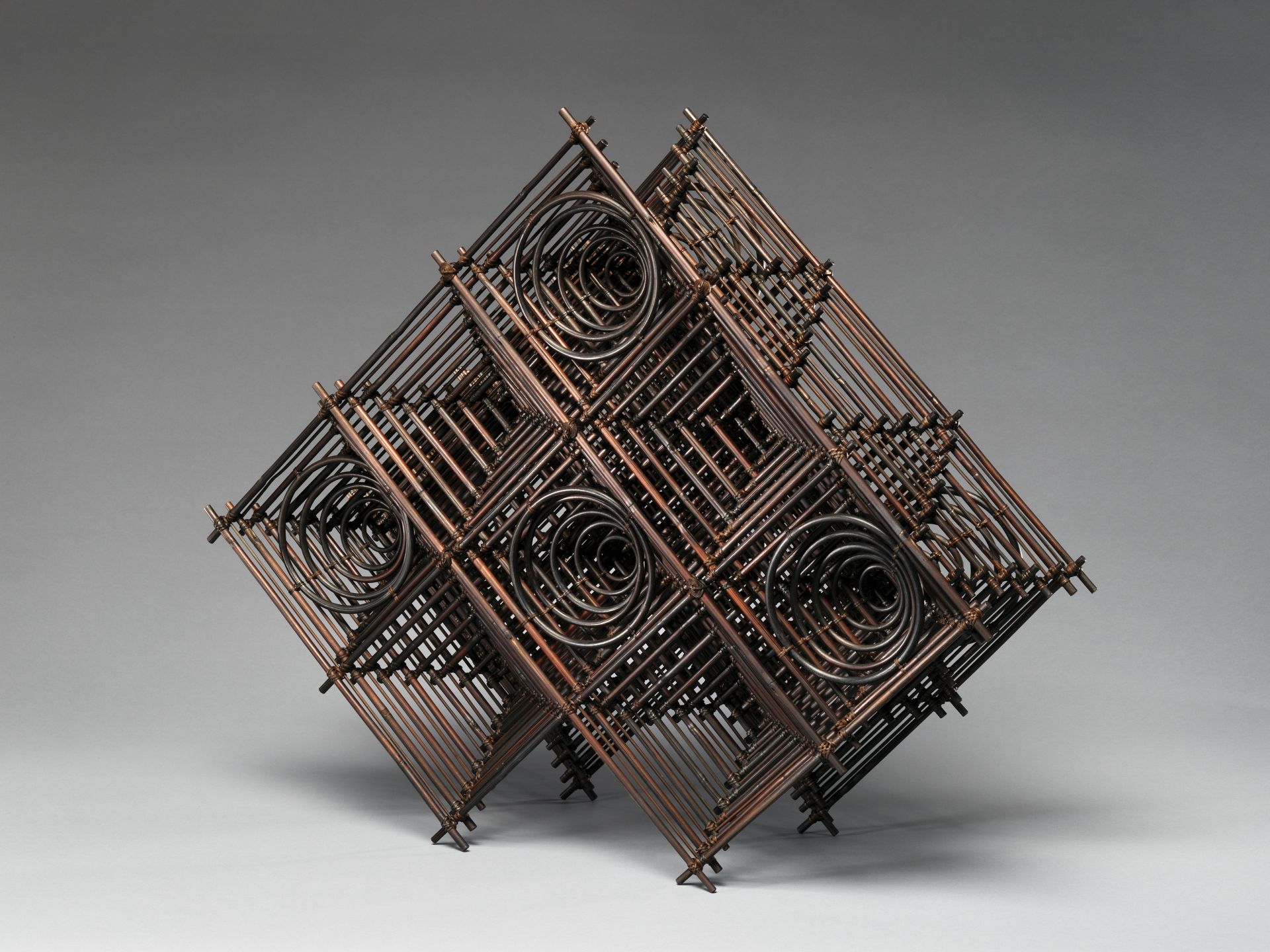 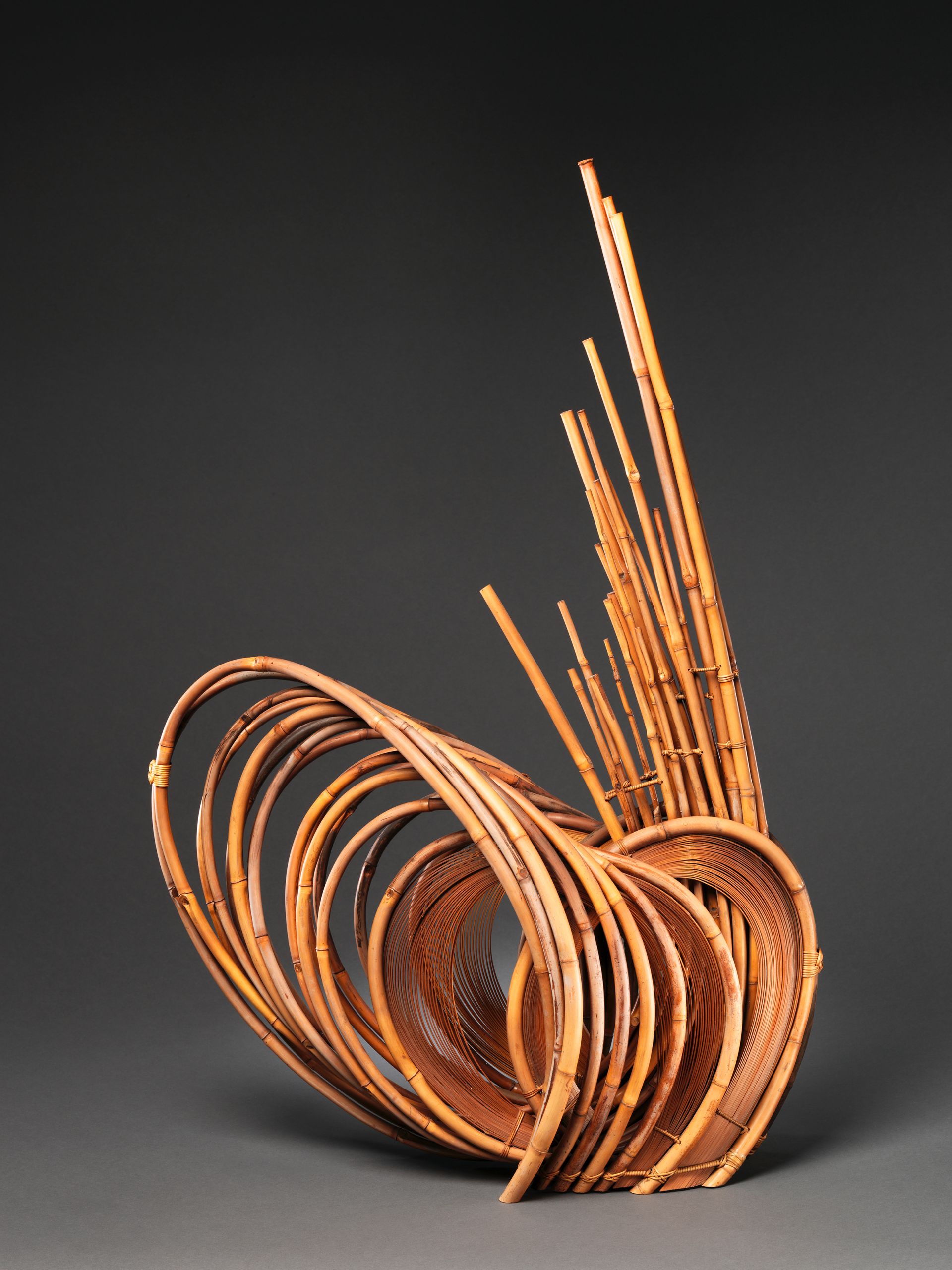 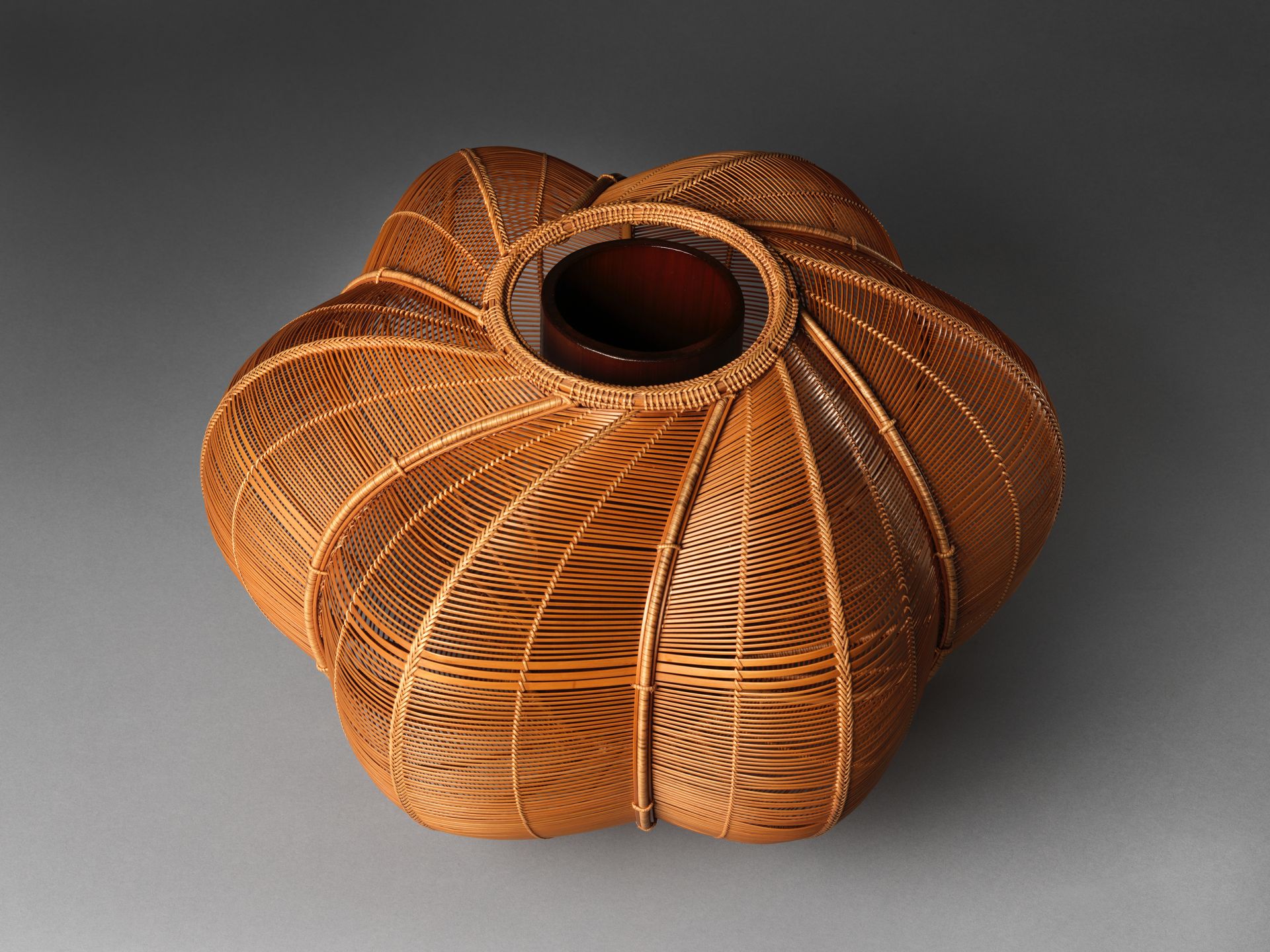 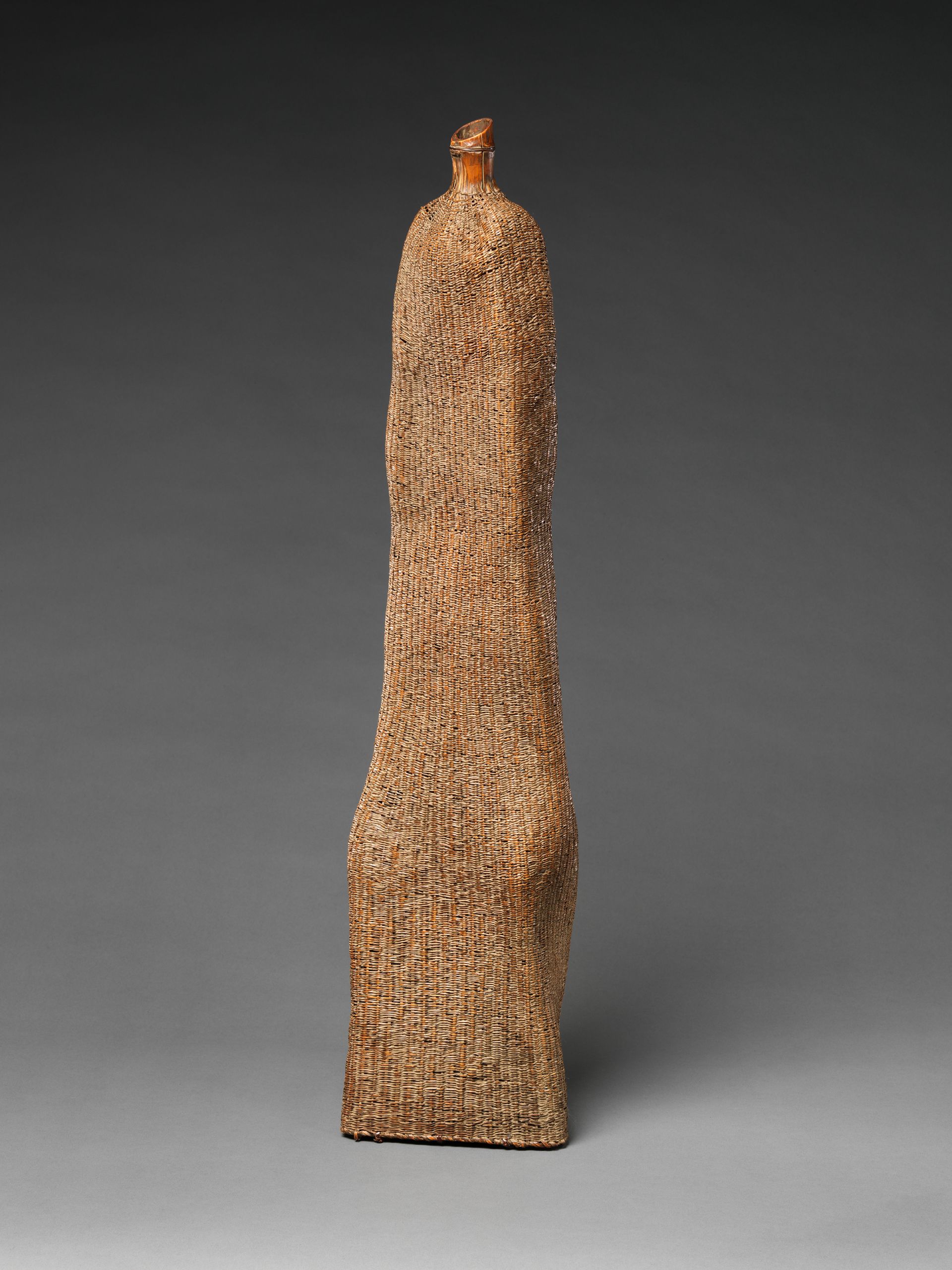 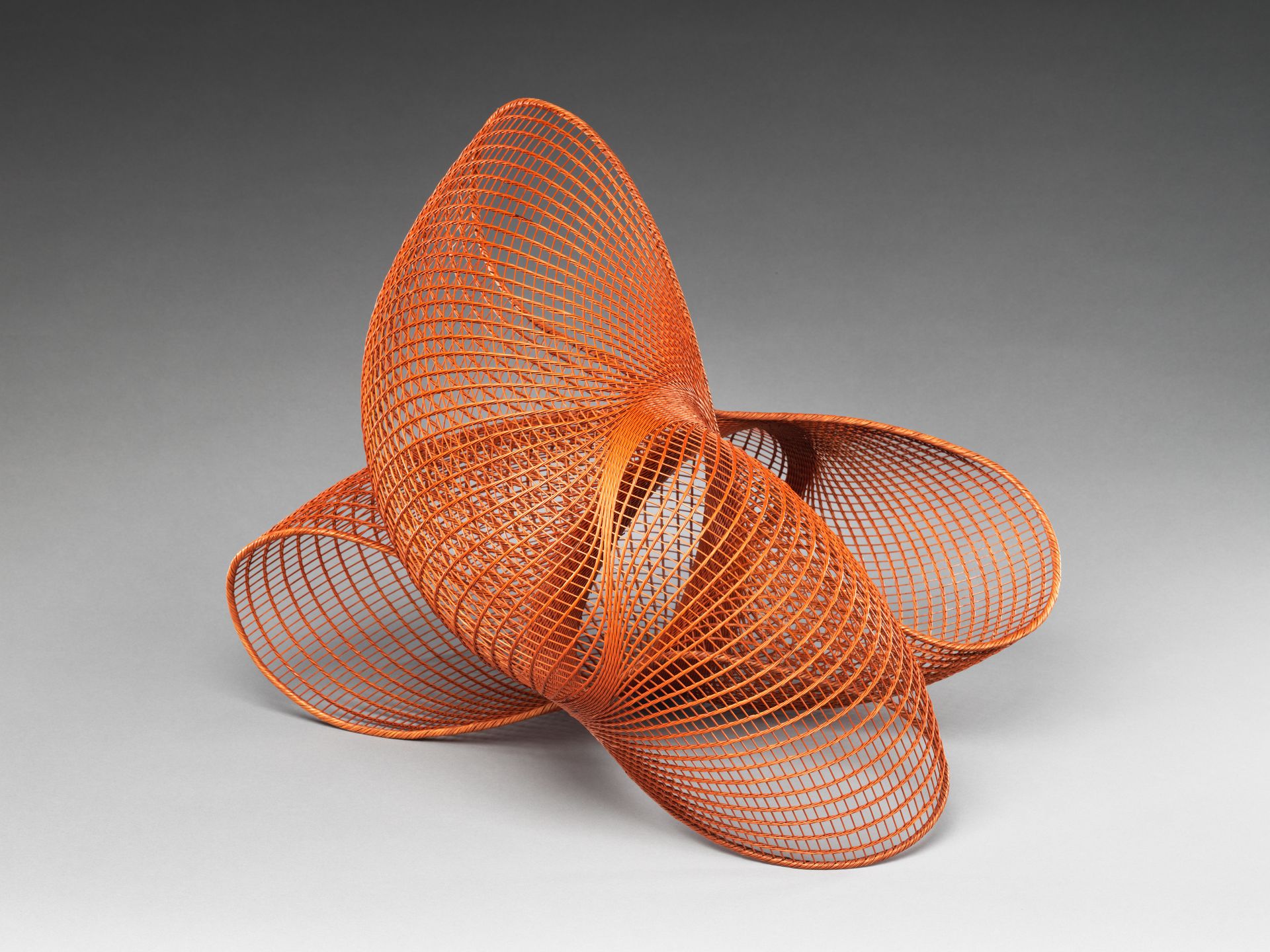 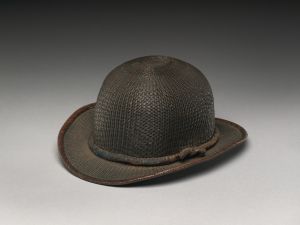 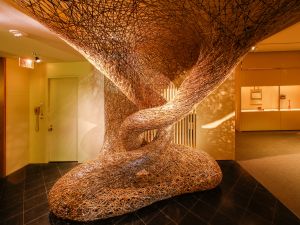 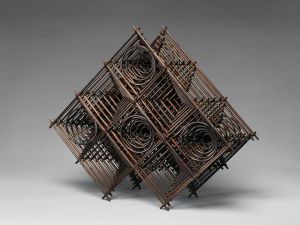 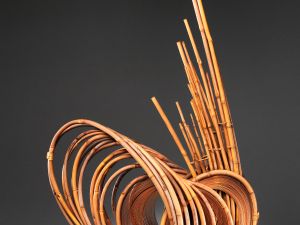 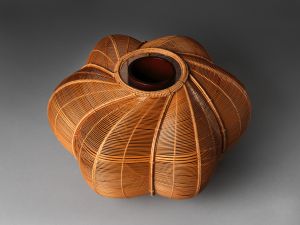 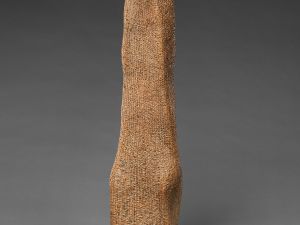 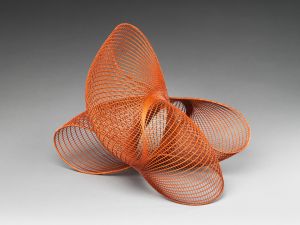 One of the objects that catches your eye in “Japanese Bamboo Art: The Abbey Collection,” which just opened at the Metropolitan Museum, is not what you might have expected to see at a show of Japanese art.

The work, from the late 19th century, is called Bowler Hat. It is a black derby, but this one is constructed from bamboo and rattan rather than felt. It’s impossible not to conjure up comparisons with the work of the surrealist Rene Magritte, who was famously a painter of derby hats.

“Japanese Bamboo Art” demonstrates how bamboo can be used in an unforeseen way, and it’s a show full of surprises.

Bowler Hat is also the first Japanese bamboo work that was signed by an artist, in this case Hayakawa Shokosai I. The Met show tracks near-modern and modern artists, such as Shokosai and his two sons, who took one of Japan’s most venerable materials into the future.

You feel like you’re walking between the future and the past as you cross through the show’s entry portal, The Gate by Tanabe Chikuunsai IV, an installation created for the Met (and scaled to compete with contemporary sculpture), which reminds you that bamboo can also be used as an architectural building material. (Its use extends well beyond the realm of Japanese art, as Mike and Doug Starn showed in their retro-hippie maze installation Big Bambu, constructed for the museum’s roof garden in 2010.)

Not that you won’t see traditional works in the galleries. The exhibition is installed along with other objects from the museum’s collection of Japanese art, so it prepares you to see a range of bamboo— from arrow bamboo, which is straight and hard and used for the making of arrows, to bamboo that can be woven in strips or wound like yarn or metal wire. 71 of these objects are a promised gift to the Met from the collectors Diane and Arthur Abbey.

You see a mix of those materials in the geometric work Delight for the Future (2008), an assemblage of squares and circles that looks like machine-age styled bamboo—pure form without function by Tanabe Chijkuunsai III. (Artists who put numbers after their names are usually the sons of well-known masters.)

Titles, like Delight for the Future, suggest the whimsy of pushing the limits of a material that can be put to service doing almost anything. Swirl of Blue (2008), by Torii Ippo, is just that: wide sections of elaborately patterned bamboo wound into a seemingly liquid ebb and flow. Dragon in the Clouds Flower Basket (Hanakago) feels like another study of motion and stillness, as yellowish ribbons of bamboo wind around each other into a knot.

The closest that one of these works come to Western sculpture is Woman Flower Basket (Hanaire), by Nagakura Ken’ichi. Made in 2004, and imposing for its height of three feet, this figure that evokes the spirit of Henry Moore has a presence that seems too august for flowers.

Six of the artists whose works are shown in “Japanese Bamboo Art” are designated by Japan as “Living National Treasure.” There’s prodigious craft here, but even more imagination.

“Japanese Bamboo Art: The Abbey Collection” runs through February 4, 2018, in the Japanese Galleries at the Metropolitan Museum of Art.