This afternoon Jeff Bezos reached out to that panacea of goodwill, love for one’s fellow human and mutual understanding that is Twitter to get ideas for how to direct his philanthropic dollars. He tweeted a screenshot of a larger message and posted it as an image to his timeline, preceded by the words, “Request for ideas…”

Bezos wrote, “I want much of my philanthropic activity to be helping people in the here and now—short term—at the intersection of urgent need and lasting impact.” For long term Bezos watchers, this is interesting in and of itself. The man backed an art project to build a 10,000-year clock—The Clock of the Long Now—as a structural manifestation of his long term perspective, yet now he finds he wants to give money away more for putting out fires rather than structural fixes.

Bezos doesn’t offer a lot of clues about his philanthropic interests in the post, other than the words “helping people.” That would suggest he’s not looking for environmental causes or arts organizations so much as interventions that get other human beings out of trouble. Additionally, he cites one organization he likes, Seattle’s Mary’s Place. Founded as a day care for homeless women in 1999, the organization focuses on the needs of homeless families. According to Inside Philanthropy, Bezos and his family have been known thus far to fund healthcare and education programs, as well as one large gift to the Museum of History and Industry.

Bezos has come very close to land the title of world’s richest person. He’s “only” about $4 billion short of Bill Gates. His newfound generosity might simply reflect what he feels to be a PR obligation born of achieving such a rarefied position. Bezos surpassed the former number 2, Warren Buffett, in March. Bezos has not historically been known to be very interested in philanthropy. Even if he does unseat Bill Gates as the world’s richest man, he’s not likely to unseat him as a charitable thought leader. Founded in the year 2000, when Amazon was still new, The Bill and Melinda Gates Foundation is one of the most influential funders in the world.

The Twitter reply algorithm favors verified accounts, and many of their ideas are… well… not super helpful. Bezos seems to be looking for specific shoutouts to individual projects doing great work, but the top responses all flag extremely broad needs, such as women’s healthcare, homelessness and student loan debt.

Thanks, folks. How might Bezos have ever known about those issues if not for your tweets?

When we looked, we had to scroll 13 tweets down before someone mentioned a specific organization. That distinction went to GiveDirectly, an organization that provides direct cash transfers to people in the developing world.

Heath Borders is one of the first non-verified accounts to show up on the thread. He wrote, “Buy medical debt on the cheap and forgive it.” Doctors and hospitals write off unpaid bills by selling it for pennies on the dollar to debt collectors who then pursue uninsured and poor people. Borders is suggesting that Bezos could get a lot of people out of financial trouble by picking up their tabs at the debt collectors’ discount, but then sending them a letter verifying the debt has been paid in full.

Farooq Butts suggested paying people who are out of work to learn new skills online. Tom Coates pointed out that the infrastructure to prevent gay teens from committing suicide is largely made up of tiny local groups, perennially low on cash.

Several replies way down in the thread suggest his charity should start at home. That is, pay his own low wage workers better, in Amazon’s warehouses and fulfillment centers.

Maybe Twitter has done something to combat trolling, though, because we scrolled to the end and couldn’t find anything really awful.

Inside Baseball: Bezos’ tweet has busted “the ratio.” Twitter watchers have observed that tweets generally only see replies that dramatically outpace retweets when the original poster has manged to piss off the Twitterverse (such as when one Twitter use critiqued Murder on the Orient Express). Not this time. Bezos’ crowdsourcing has twice as many replies as retweets, but there’s little hateration in the thread.

If we had to guess, Bezos will probably go all in on this suggestion:

Bezos’ parents run the Bezos Family Foundation, which primarily focuses on the education and leadership development of young people. 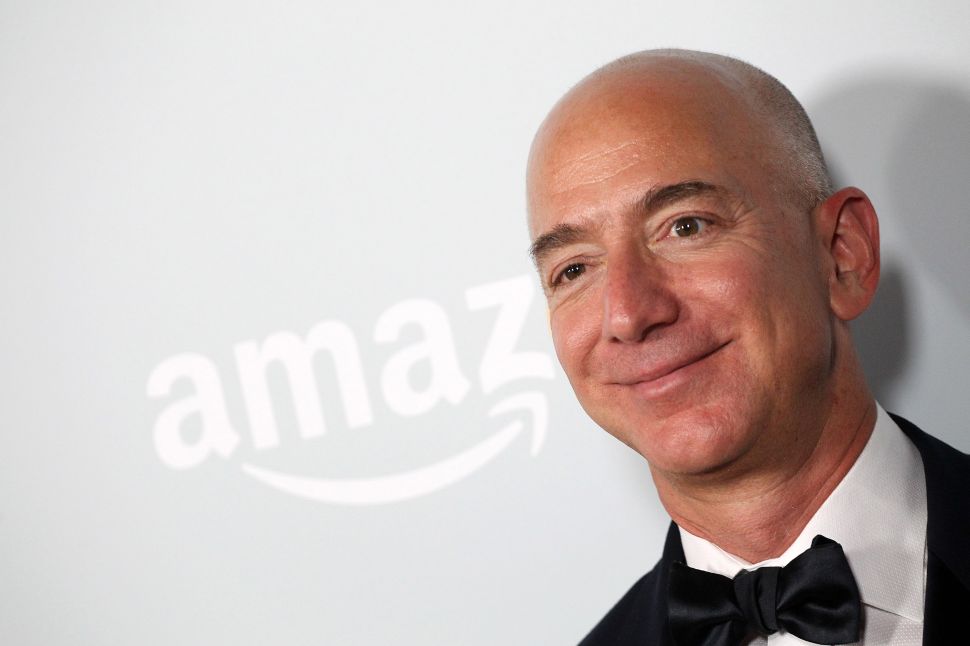