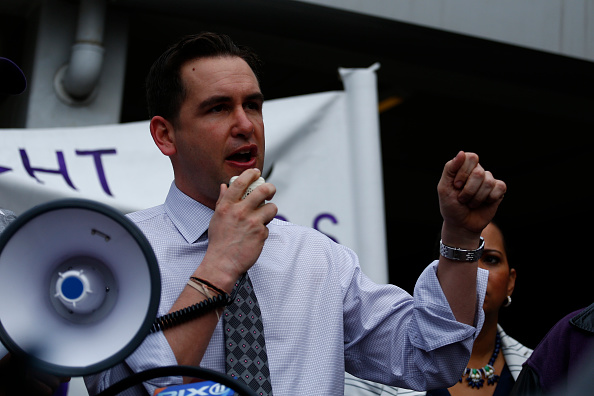 “Mo has long served as an example of a positive force in the Heights community, and has proven to be someone who cares deeply about improving her neighborhood in a variety of ways,” said Fulop in a statement. The mayor is a resident of the Heights, the neighborhood Kinberg is running to represent.

Ward D is currently represented by Councilman Michael Yun, first elected in 2013. After flirting with his own mayoral candidacy, Yun backed out of the race and in April announced his intention to assemble a coalition of council candidates aimed at cutting into Fulop’s majority on the council. Ward C Councilman Richard Boggiano —who initially also weighed his own mayoral bid— is running for re-election as part of that Yun-led coalition. They are currently the only announced candidates on the anti-Fulop team.

While Matsikoudis has backed Hudnut, Fulop has opted out of endorsing any candidate in Ward E. The field in the ward is crowded with LGBT activist Michael Billy, James Solomon, Rebecca Symes and Nick Grillo all having declared intentions to run. Incumbent Ward E Councilwoman Candice Osborne will not seek a second term in November.

Any candidates opposing Fulop’s team are likely to face an uphill battle due to the institutional support the mayor is likely to get in Hudson County. Fulop in February earned the endorsement of state Sen. Brian Stack (D-Hudson), an influential figure in the county Democratic party that usually helps align support behind candidates. While the Jersey City municipal elections are non-partisan, the Hudson County Democratic Organization is a driving force in the overwhelmingly Democratic county.

Fulop was first elected in 2013 when he defeated incumbent Mayor Jeremiah Healy. His administration has overseen implementation of policies including paid sick leave for employees, the expansion of healthcare coverage to transgender municipal employees, and implementing a $15 per hour minimum wage for city employees. Under Fulop’s watch, Jersey City has also experienced a development boom and a revitalization of the city’s downtown into a popular nightlife area with skyrocketing real estate prices.

The Team Fulop slate is expected to be finalized within the coming months, according to a statement from the campaign.