Sometimes you can see the wave coming.

It should be clear, after a series of surprisingly close special Congressional elections in heavily Republican districts across the country, that the GOP is facing the prospect of serious losses in the 2018 midterms.

Yes, many Democrats are disappointed after Tuesday’s tough loss in Georgia’s 6th Congressional District, but they shouldn’t be. This is territory that has been in Republican hands for nearly 40 years and which GOP candidates usually win by more than 20 percentage points. Democrat Jon Ossoff came very close to flipping this blood-red district to blue.

Lost in the avalanche of money and headlines emanating from the suburbs of Atlanta was another special election Tuesday night in South Carolina’s 5th District, where the Republican candidate prevailed by roughly 3 percentage points. The South Carolina district has a Republican Partisan Voter Index (PVI) lean of about 9 percentage points, and yet the GOP barely prevailed.

In short, Democrats have been outperforming their usual margins by upwards of 20 points, in some of their weakest regions in America: the Mountain West, the Great Plains and the South.

Now look at the polling in the two governors’ races that are up this year. In New Jersey, Democrat Phil Murphy holds massive polling leads over Republican Kim Guadagno, while in Virginia, Democrat Ralph Northam looks like a slight but clear favorite against Republican Ed Gillespie.

On one hand, what we’re seeing is not unusual. In 2009, Democrats began losing off-year races—notably the New Jersey and Virginia governorships—which ended up being a clear harbinger of their disastrous 2010 midterm performance. And in the midst of the George W. Bush administration, Democrats began rattling off an impressive string of special election victories that served as precursors to their 2006 and 2008 victories.

The electorate almost always shifts after one party wins the presidency. The “out” party is often angry and energized and the “in” party is often complacent and satisfied. The energy is with the out party, and it usually translates into highly motivated voters among its ranks. It is no coincidence that the incumbent president’s party has suffered losses in all but two midterm elections since 1934.

The prospect of midterm losses will come as no surprise to Republican political operatives, for all the aforementioned reasons. It is the surprisingly close margins of their victories that should cause them heartburn. Simply put, if the present trend continues, any Republican who won a U.S. House race by fewer than 15 percentage points in 2016 appears to be in jeopardy. That would mean upwards of three dozen Republican House seats in danger, with Democrats needing only 24 pickups to reclaim the chamber for the first time since 2010.

A gain of approximately 30 seats would be right in line with historical trends. When Democrats reclaimed the House in 2006 after 12 years in the minority, they netted 30 seats; the average midterm gain by the “out” party since the Civil War has been approximately 32 seats.

The Senate is not as promising for Democrats, even if the political environment tilts heavily in their favor. With Republicans defending only eight of the 33 Senate seats up in 2018 (six of those in blood-red states), and Democrats facing several tough battles to hold some of their own, it looks implausible for Team Blue to net the three or more seats they’d need to claim the Senate. But even if all they can do is get to 50-50 in the upper house, Democrats can derail the GOP legislative agenda if they can claim the lower chamber.

Republicans may be breathing a sigh of relief after their latest victories, but the closeness of their shaves—in what should be easy districts for them to win—provide the GOP no reason for optimism. All the signs are there for a big 2018 midterm election for Team Blue. After using House Minority Leader Nancy Pelosi as a “boogeyman” to hang on to their seat in Georgia, Republicans may well need to face up to the prospect of watching the San Francisco Democrat reclaim the speaker’s gavel in 2019. 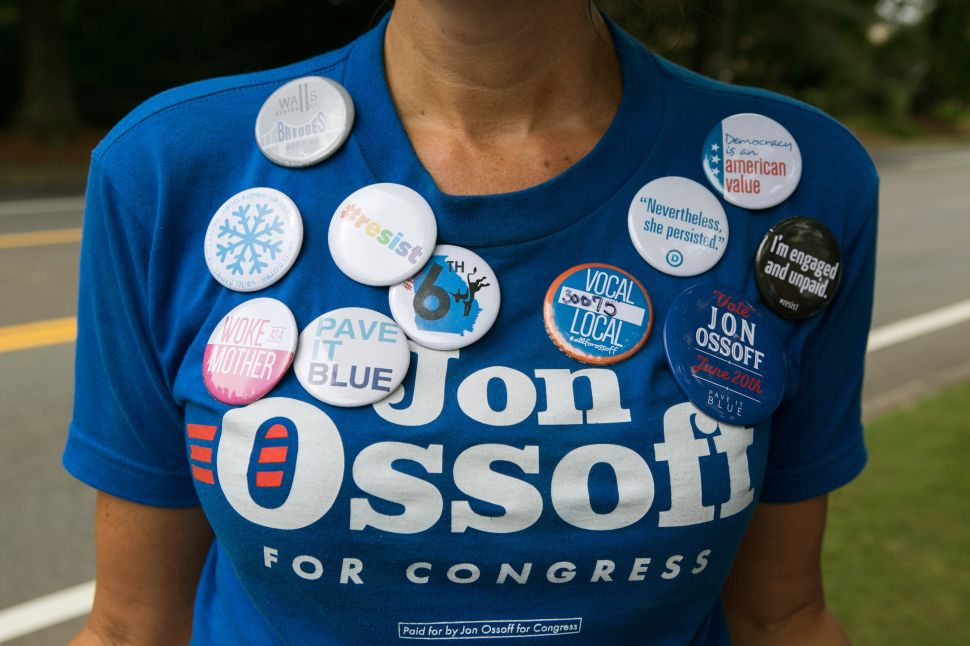