The Wonder Woman star shared a video thanking her fans for the movie’s success, and wrote it in multiple languages, including French, Hebrew and German.

A special message to my fans. Thank you all, I love you all so much 🙏🏻😘💋 ‎תודה, धन्यवाद, Merci, Danke, 谢谢, Gracias, ありがと, Obrigado ❤️ #wonderwoman #thankful

The actor and environmentalist met with Mexican president Enrique Peña Nieto, and posted a photo discussing the issues of climate change.

Now more than ever, the world is looking for bold leadership at every level to tackle climate change and environmental conservation issues. I am honored to work with President Peña Nieto (@EPN) to ensure the future viability of marine life in the Gulf. This action is a critical step towards ensuring that the Gulf of California continues to be both vibrant and productive, especially for species like the critically endangered #vaquita. My foundation, @LeonardoDiCaprioFdn, and I look forward to continuing to work with President Peña Nieto, our NGO partners and the local communities in the Gulf to reach greater progress on these important issues. Link in bio to learn more.

Rita Ora shared a selfie before she headed to Vancouver to shoot the music video for Your Song, in full hair and make-up, of course.

Coming for you Vancouver!!! 👨‍🍳#YOURSONG

The newly married model is back from her Fiji honeymoon and walked in the Moschino show last weekend. She uploaded a snap of the backstage preparations.

Elsewhere at Moschino, Stella Maxwell opened the resort show with this sheer pink look, while her girlfriend Kristen Stewart watched the show.

Opening @MOSCHINO resort show last night in my fav city LA 💞⭐️ A Dream! Thank u so much to my dear friend @itsjeremyscott i love you so much 💞⭐️

Bella Hadid wasn’t kidding about recycling those Instagram photos, like with this snap of the model with Kendall Jenner at a basketball game.

Barbara Palvin is giving us all a serious case of vacation envy with her Corsica photos.

Aside from his many posts from his new video featuring multiple Victoria’s Secret models, Justin Bieber couldn’t stop himself from a few solo shots, too, like where he’s very casually playing the guitar while gazing out the window. 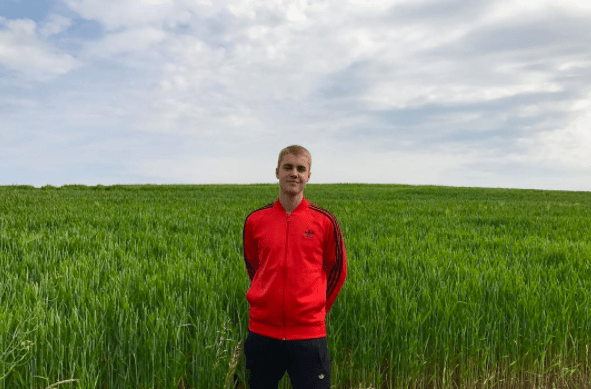