Sen. Kirsten Gillibrand issued a profanity-laced challenge both to President Donald Trump and her own party today—arguing both had come up short on their commitments to the American public.

Gillibrand was one of a number of prominent political figures addressing the Popular Democracy Forum at New York University, a gathering intended to discuss how technology has shaped the modern political sphere. The junior senator from New York pushed a number of issues in her time on stage: paid family leave, the incentivizing of “conscious capitalist” employers who provide strong salaries and benefits to employees, publicly funded elections and the shielding vulnerable minorities from the policy priorities of the White House.

“We must resist and push back on every horrible thing this president is trying to do,” she said. “Fundamentally, if we are not helping people, we should go the fuck home.”

She also aimed an f-bomb at the president himself, asserting his administration had failed to honor the populist vows he made on the campaign trail.

“Has he kept his promises? No. Fuck no,” she said.

The senator also called for a “9/11 type investigation” into the recent revelation that Russian hackers had targeted American elections officials in the run-up to last fall’s election, part of a broader Kremlin cyber-campaign to depress the fortunes of Hillary Clinton and elevate Trump. The Senate Intelligence Committee heard testimony from former Federal Bureau of Investigation Director James Comey, who alleged that the president attempted to influence probes into potential collusion between the Russian government and the Trump campaign and into talks former national security advisor Gen. Michael Flynn had with the Russian ambassador.

In the interview portion of the forum, Personal Democracy Media founder Andrew Rasiej noted that many in the audience had submitted questions about the senator running for president in 2020. He declined to ask Gillibrand the question, but the mention of it provoked an outburst of applause.

Gillibrand, however, has indicated that she does not intend to seek the White House—and even has talked up Gov. Andrew Cuomo for the job. 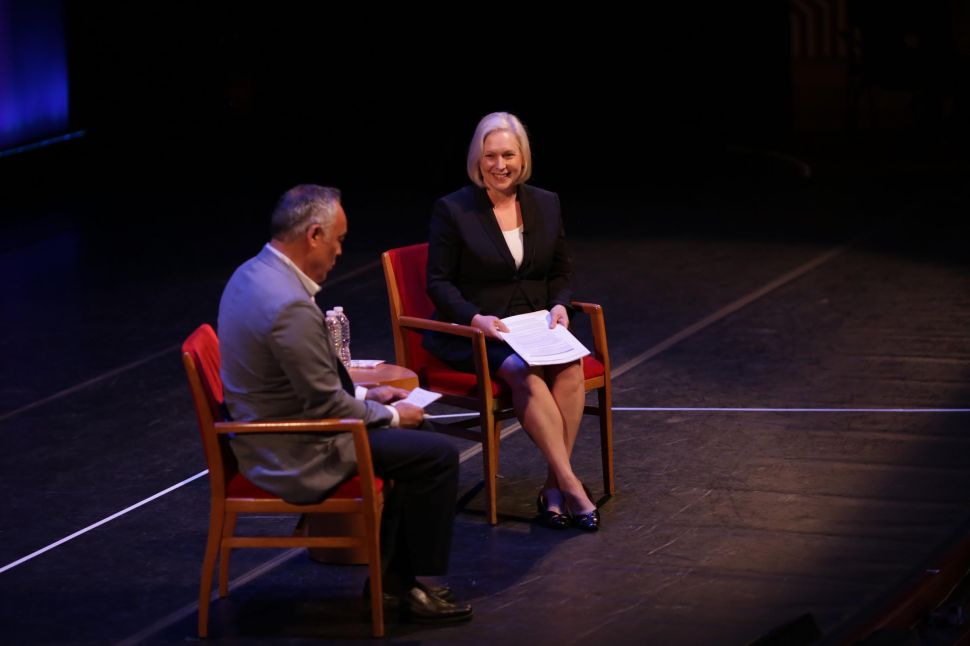