The effects of climate change are most apparent in the Earth’s north and south poles. Scientists predict summer ice in the Arctic could be nonexistent between 2030 and 2050 for the first time in 100,000 years. A study published last month found that over the last 50 years moss has steadily grown on Antartica in response to rising temperatures. Though Antarctica’s elevation, which averages one mile above sea level, has shielded it from the drastic climate change effects that have taken place in the Arctic, both regions are experiencing changes that will have a ripple effect throughout the rest of the world in the form of erratic weather patterns and rising sea levels.

A large part of one of Antarctica’s largest ice shelves, Larsen C, is on the brink of breaking off the continent into the ocean. The latest data, compiled by a team of British scientists, observed the crack in the shelf expanded by 17 kilometers in the last week of May 2017, making it within 13 kilometers (8 miles) of the ocean. Scientists have observed that the crack grew 80 miles in length and 300 feet in width from 2010 to November 2016.

Once the crack reaches the ocean, which is expected to happen in the coming days or weeks, it will result in the formation of one of the largest icebergs ever recorded. “There appears to be very little to prevent the iceberg from breaking away completely,” the researchers with Project MIDAS wrote in a statement. “This event will fundamentally change the landscape of the Antarctic Peninsula.”

In 2002, a similar event occurred to the Larsen B ice shelf. One large iceberg cracked off of it, and the next summer the entire ice shelf broke off Antarctica into the ocean. A 2015 NASA study predicted what remains of the 10,000-year-old Larsen B ice shelf is expected to completely disintegrate in the next few years. Though ice shelves naturally collapse and lose ice mass, the rapid collapses of the Larsen A ice shelf in 1995, Larsen B in 2002, and now evidence that Larsen C may be next, pass thresholds of environmental changes that naturally occur on the Antarctic peninsula.

If the entire ice shelf of Larsen C breaks off, the glaciers that feed into it could accelerate sea level rises across the globe, potentially as high as four inches. These disappearing ice shelves could be the start of what a 2016 study published in Nature predicted: “That continued growth in greenhouse-gas emissions over the next several decades could trigger an unstoppable collapse of Antarctica’s ice—raising sea levels by more than a meter by 2100 and more than 15 meters by 2500.” 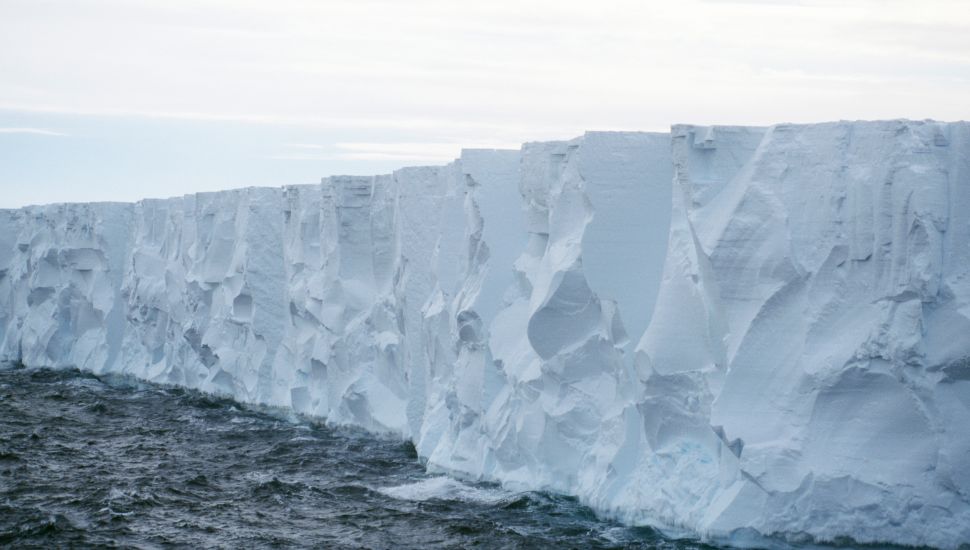