Following Saturday night’s terror attack on London Bridge, in which seven people were killed and dozens injured by knife-wielding assailants in a white van, the media sprang into action to publicize the latest developments. Many outlets, most notably The New York Times, reported that Britain was “reeling” from its second terrorist attack in two weeks (the Manchester bombing was the first).

The London attacks hit a nation still reeling from the shock of the bombing in Manchester almost 2 weeks ago https://t.co/aapuMBQTmf

The online response from Londoners could basically be summed up as “Reeling? Bollocks.”

This is what "reeling" means in British English @nytimes pic.twitter.com/F9QJ9kaR7X

The nation hasn't been reeling. Don't give the terrorists that. We've been living. Having the fun they hate us having.

If folding socks constitutes #reeling then count me in ☕️

Well, as a representative of UK Local Government, I've just fried some eggs and later I'm going to the pub for a beer. #livingnotreeling

If you want to call playing cricket followed by brunch with Prosecco 'reeling', you might wish to understand the London definition firstly.

In the past London has experienced the Blitz, the IRA and countless terrorist plots. A couple of nutters in a van doesn't even register.

After the attack, Londoners used the hashtag #ThingsThatLeaveBritainReeling to show what really bothers them. Sample complaints include “Accidental eye contact in the Tube or on the lift.”

Not all media was criticized, however—NBC News won praise for its coverage of the attacks, though the reason for that praise is somewhat disheartening.

We aren't relaying president's retweet, as the info is unconfirmed.

President Donald Trump retweeted a Drudge Report news alert about the London attack minutes after it occurred (and before he had even had a full security briefing).

As such, while many journalists quoted the tweet and praised NBC for its restraint, they also expressed regret that the president’s Twitter habit made such restraint necessary.

He RTed Drudge
The president, who has access to US intel at the highest level should he care to see it
Was RTing Drudge https://t.co/9VcGp6uTPj

Every single American should be embarrassed that a news organization had to issue this statement about the President of the United States. https://t.co/VU39uNxZxJ

This may go down as the defining tweet of the Trump era. https://t.co/d4gz0BK9v9

Trump later tweeted that the attack showed the necessity of his travel ban, and he insulted London mayor Sadiq Khan for telling city residents there was “no reason to be alarmed” by increased police presence on the streets. 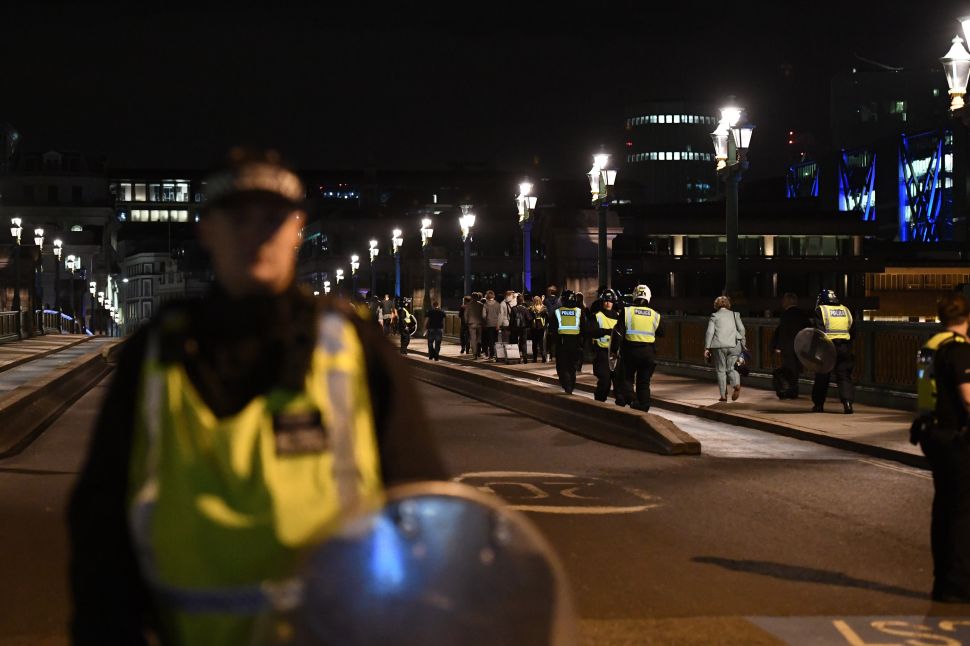