Today I offered the Islamic State £50k of my own money to kill me. I became the first person to put a bounty on their own head and ask a Jihadi to discharge the grim duty—but I am not mad, nor do I believe I will die anytime soon.

The £50k offer is genuine. I do not, however, believe it will ever be paid. Here is why.

A little over a week ago, my home city of Manchester was witness to a dire attack, targeting children and young people at an Ariana Grande concert. I must admit I did not know who Ms. Grande was until I heard of the attack, but my nieces knew exactly who she was.

In fact, my nieces had wanted to go to the very concert that Salman Abedi attacked with such callous effect. They could so easily have been on the casualty list, and I was really very close to seeing the funeral of one of my brother’s children.

Last night I was in North London planning a night out near London Bridge, and once again the terrorists struck a little too close to home. This time cowards with knives, they adopted a different strategy but the targeting of the vulnerable was the same as last time.

So, I made a decision, to offer the terrorists something irresistible, the opportunity to silence one of their biggest critics and get a large reward. But every game has rules, and I am a sword owner, so those terrorists need to expect me to be there waiting to fight them.

As a result of this offer, I’ve had three million views on my Twitter today, but not one request to fight me. Most newspapers said they’d win—and maybe they would—but they don’t have the guts to try.

Last night I did not cower at home; I went out with my friends in London. Tomorrow, when you go out, think to yourself that the ‘terrorists’ were so terrifying they wouldn’t even take on a middle-aged fat guy with a sword.

I have nothing but contempt for people who think blowing up children makes them hard. Or that stabbing people in the street is bravery. It really is not.

Light a candle and cry if that makes you happy, but what makes me happy is the sure knowledge that every single one of these terrorists is weak and spineless. They’re not going to kill me, and they’ll never claim the £50k.

When I say I’m not afraid, I’m telling the truth. 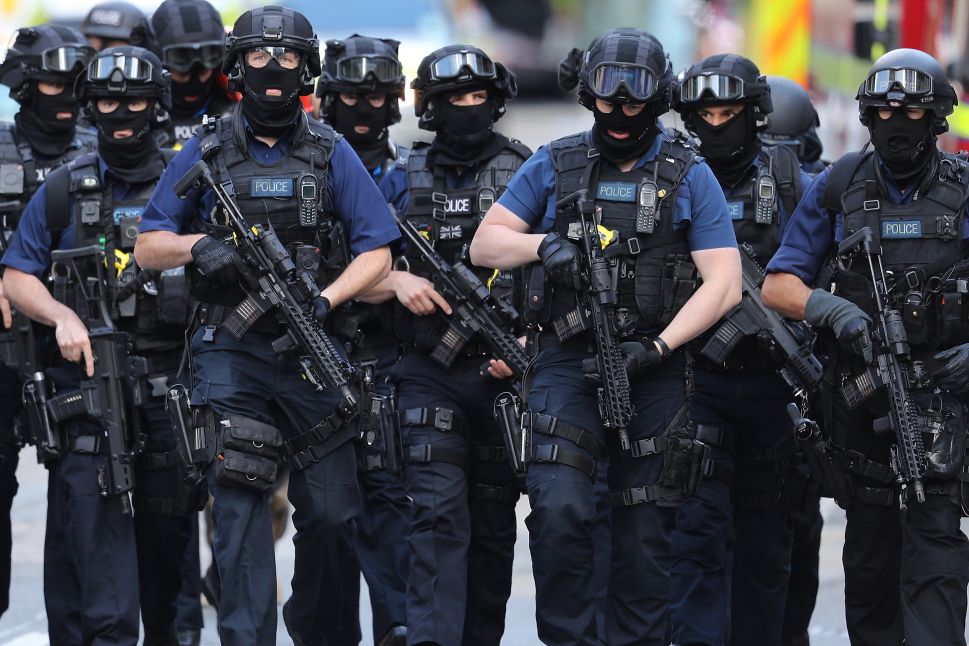