Political what-ifs are about as useful as a three-dollar bill, but they’re interesting to think about nonetheless. If Hinckley’s bullet had gone an inch or two to the left, would communism still have fallen just a few years later? If RFK had survived his assassination attempt, would that have meant no Watergate? If Florida counted its votes correctly, would we have avoided the Iraq War? If LBJ doesn’t get away with stealing his 1948 Senate election, does the Voting Rights Act pass? Now we can add another what if to the annals of political history: If Loretta Lynch hadn’t interfered in the investigation of Hillary Clinton’s email servers, would Donald Trump have still been elected?

At first glance, the question doesn’t make sense. Lynch, then the U.S. Attorney General, was only trying to help Hillary by minimizing the investigation into her email servers. Clinton lost to Trump even without being charged with a crime. If Lynch had allowed the investigation to proceed unimpeded, Trump only would have won by more, right? Not necessarily. (This all assumes that Lynch did anything wrong in the first place; Comey’s recent testimony doesn’t make her look particularly good—but that doesn’t mean Lynch actually suppressed an investigation.)

If Hillary had been indicted, it would have been hard for her to stay in the race. And if Hillary dropped out, voters who didn’t want Hillary under any circumstance may have turned out for a different Democratic nominee.

The obvious replacement would have been Hillary’s running mate, Tim Kaine. But Comey’s announcement that there would be no criminal charges came before the Democratic Convention, and Kaine wasn’t on the ticket at that point (he hadn’t even been announced yet). Since Kaine was never a contender for the Presidency at any point during the campaign, it’s unlikely he would have become the nominee.

The next two choices are Bernie Sanders and Joe Biden. Would either have beaten Trump? Assumptions are dangerous—especially since virtually every assumption about the 2016 race turned out to be wrong—but if you assume that every vote for Hillary was a vote against Trump (in other words, no Hillary supporters were going to switch sides if someone else were the Democratic nominee), then Sanders likely would have seen greater voter enthusiasm and turnout in a number of states. Considering that Hillary lost by less than 190,000 votes in Florida, Michigan, Pennsylvania and Wisconsin combined, could excitement over Sanders have mustered the additional votes? Probably. And while Hillary’s margin of victory was narrow in states like Virginia, Colorado and Nevada, holding the Rust Belt and Florida would have put Sanders over the top either way.

The same holds true for Biden. While the Vice President may not have mustered the same voter enthusiasm as Sanders, he was inherently more popular among the Rust Belt voters who turned on Clinton and elected Trump. Trump beat Clinton by less than 100,000 votes in Pennsylvania, Michigan and Wisconsin combined. If half of those voters pick Biden instead, he wins. If the Obama mantle couldn’t provide Biden with 50,000 votes in three states that traditionally vote Democratic, then no Democrat was ever going to win in the first place.

The party also could have turned to someone else. Clinton’s rumored list of VP possibilities included Massachusetts Sen. Elizabeth Warren, HUD Secretary Julian Castro, New Jersey Sen. Cory Booker, Ohio Sen. Sherrod Brown and others. Could any of those candidates have beaten Trump? Warren presumably would have generated the same voter turnout and excitement as Sanders. Castro may have won Florida. Booker may have generated higher African American turnout in Michigan and Pennsylvania. Brown might have excited progressives and helped in the Rust Belt. So maybe. They certainly couldn’t have done worse.

The lesson in all of this is that when prosecutors try to become political power brokers, they often expose how little they actually know. Catching the bad guys is hard work and requires specific expertise. So does winning elections.

If Loretta Lynch did interfere in the email server investigation, she may have behaved inappropriately—but at least in her mind, she meant well. But she’s a career prosecutor, not a political expert (even the political experts didn’t know what they were doing in 2016). By putting her thumb on the scale for Hillary Clinton, she may have ended up giving us Donald Trump. And depending on what happens over the next few years, Loretta Lynch may end up being the answer to the greatest political “what if” question of all. 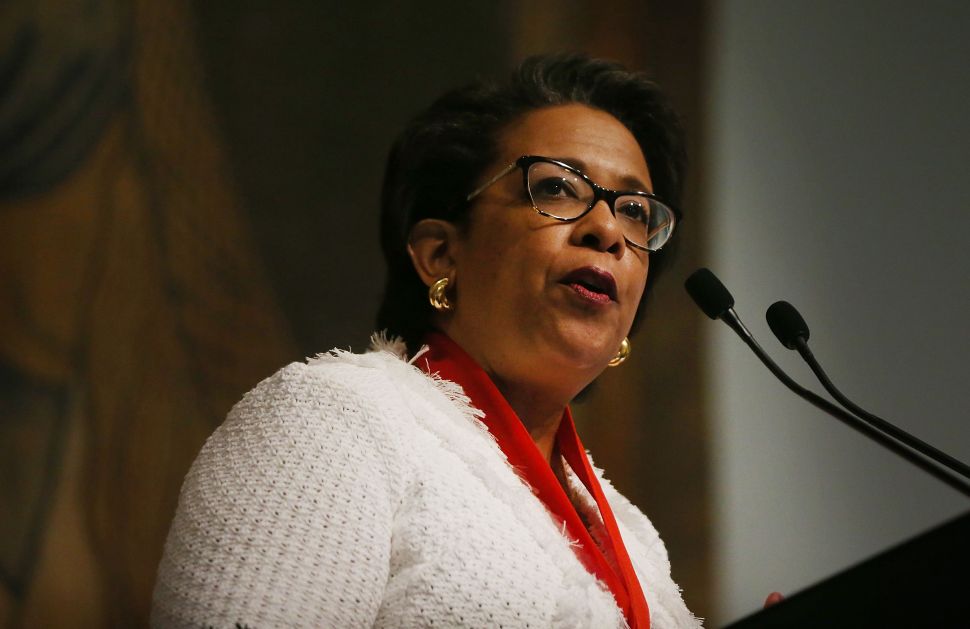