The younger Trump son suspended his eponymous foundation after his father captured the presidency last fall, and Patton became a senior advisor to HUD Secretary Dr. Benjamin Carson in February. One insider indicated that Patton, who visited a public housing community center in the Bronx in May, appears to have already assumed some of the duties associated with the HUD Region II administrator.

If form appointed to the role, Patton would replace Holly Leicht, who joined the agency under President Barack Obama after heading the organization New Yorkers for Parks. She would be charged with overseeing the troubled New York City Housing Authority, which serves both as the nation’s largest public housing landlord—sheltering nearly half a million people—and the largest Section 8 administrator in the nation.

However, sources said the buzz around Patton predates a Forbes report published last week that documented how the Trump Organization charged the foundation for the use of its courses at charity golf events—contrary to the president’s son’s claims to donors it used the facilities for free. As a consequence, hundreds of thousands of dollars intended for child cancer research got diverted into the family’s coffers.

Patton lashed out at the story on social media, noting that she and the other foundation heads worked as volunteers, which she said maximized the operation’s efficacy and efficiency. She did not, however, rebut any of the article’s specific allegations.

“Contrary to recent reports, at no time did the Trump Organization profit in any way from the foundation or its activities,” she wrote. “While people can disagree on political issues, to infer malicious intent upon a charity that has changed so many lives is not only shameful, but truly reprehensible.”

State Attorney General Eric Schneiderman has indicated his office has launched a probe of the philanthropy.

Like Carson, Patton has no background in housing or urban issues. Rather, she has built her career as an event planner—even assisting in the arrangements for Eric Trump’s 2014 wedding to Lara Yunaska.

An African-American woman, she starred in a viral Youtube video called “The Trump Family That I Know,” which defended the mogul against accusations of racism. She also spoke at the Republican National Convention last July.

Her social media accounts indicate she formerly resided in the Trump Plaza complex on Manhattan’s East Side prior to relocating to Washington, D.C. in January. Her partner, a construction executive with ties to the Trump family, appears to continue to reside in New York.

HUD would only tell the Observer that Leicht’s old office in the Jacob Javits Center has remained vacant since her departure with the former administration.

Trump’s proposed budget calls for a $6 billion cut to the agency. 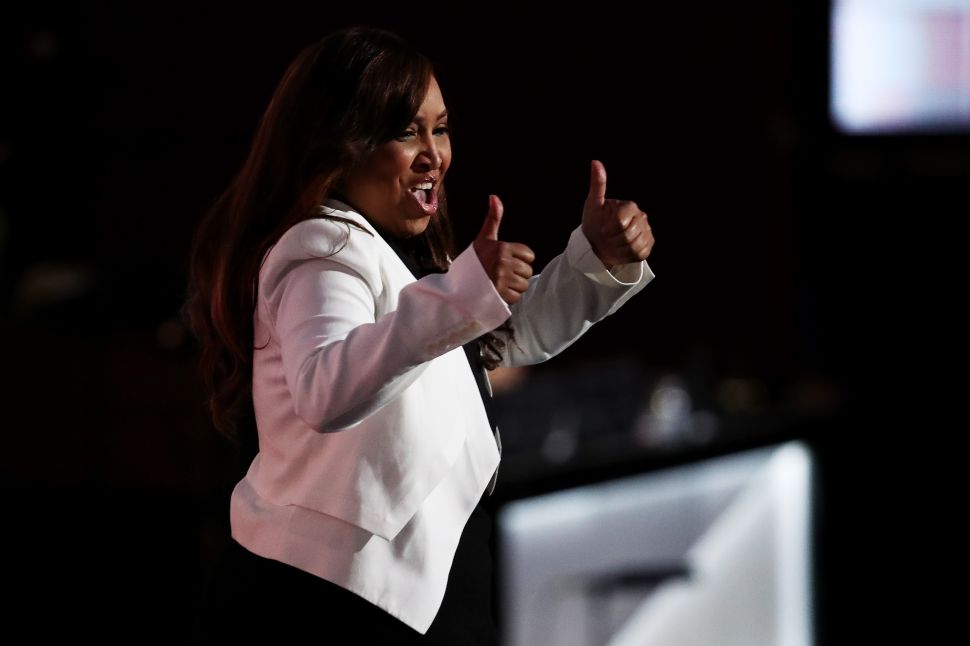