Meghan Markle has been an object of fascination ever since the royal family issued a press release to protect her from paparazzi, ensuring she would be more than just one of Prince Harry’s casual flings. While the actress has spent years promoting her television show and former lifestyle blog, once she started seriously dating the royal she made sure to keep a lower profile than ever before. Now, that’s about to change with a reality show based on her life. According to the Sun, she’s set to be in the public eye yet again, as Channel 4 has commissioned a show all about her life.

Markle isn’t the only one of Prince Harry’s girlfriends to find success on television. While Suits does have some surprisingly racy moments, it’s certainly nothing like Love Island, a Bachelor-type show Prince Harry’s rumored ex, Camilla Thurlow, is currently competing on. Still, it’s pretty shocking to watch Markle, a prospective royal, on network television, taking off her character’s Forever 21 going out tops and Ann Taylor pencil skirts in the mail room, instead of donning a fascinator and posing at a polo match (although, technically Markle has been spotted doing both).

Unlike other royal suitors, Markle’s life has always been on full display, in a way that say, Kate Middleton’s never was, even if she did walk in that infamous university fashion show. As Markle is 35, and Middleton met Prince William in college, their ages lead to a difference in experiences. It’s unlikely Markle knew she would ever be the center of attention as a royal girlfriend, as she spent so much time trying to court the press as an aspiring actress. Before the relationship, she documented every move on her blog, Instagram and Twitter.

And unlike potential throne occupants, Markle doesn’t have a history of keeping a low profile. In the past, she proudly attended plenty of promotional events, including celebrity gifting lounges, posing with plastic Tervis tumblers and visiting a UJA Federation’s red carpet with her co-stars. It’s only now that she’s steadfastly avoiding the press, choosing quiet date nights in Toronto over promotional appearances, deleting her blog and only posting on Instagram intermittently. For a woman who used to document her every moment, it’s quite the change. But then again, she could have all of the insulated cups she wants now.

The new show Meet The Markles is said to include interviews with her friends and family. It’s more than likely her outspoken half-sister, Samantha Grant, will weigh in, especially since she’s already been quite vocal about their relationship and even threatened to publish a tell-all book. Grant already tweeted about the news writing, “Lmao NOT this is such poppycock I am laughing my biscuits off.” But it’s unclear if she’s a reliable narrator, as another recent tweet of hers reads, “#Bill Cosby is not a rapist. The people need to leave this family alone. Bill Cosby is a lovely man.”

The show is set to tell Markle’s story, though she won’t be making any personal appearances onscreen, which should be quite interesting. The half-Jewish, half-black actress divorced producer Trevor Engelson in 2013, and is now thought to be giving up acting for philanthropy, if she ends up getting engaged anytime soon. 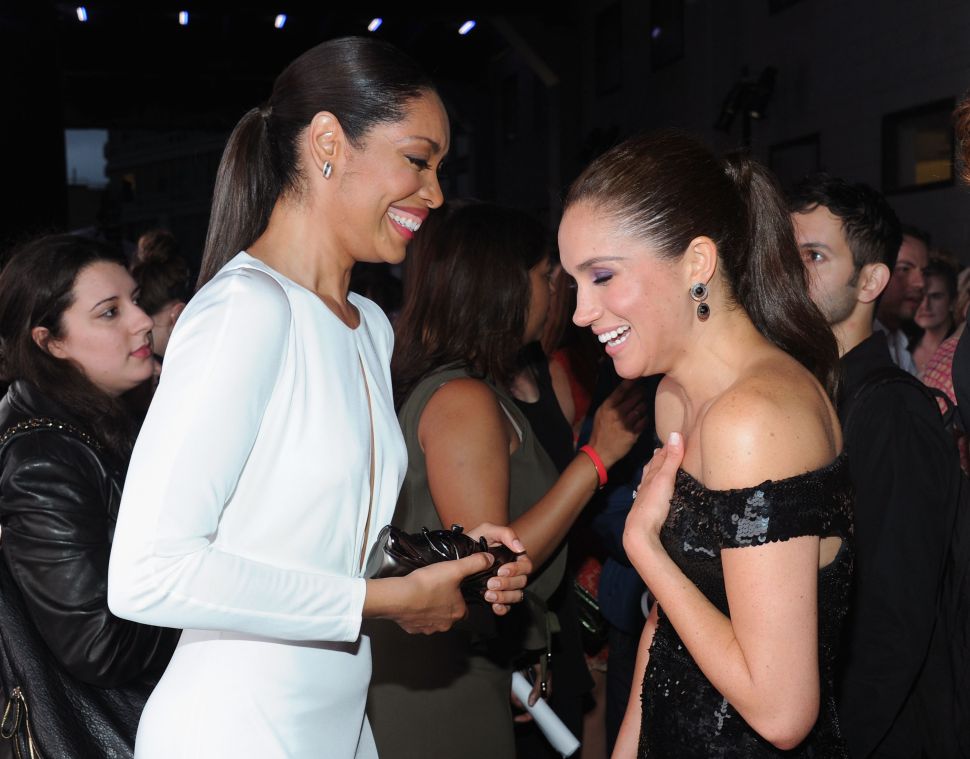