When White House Communications Director Ellen Moran resigned her position on April 21, 2009, the media were united in their speculation as to the cause: Russia. Secretary of State Hillary Clinton had, after all, announced the Russian reset just the month before, and ever-skeptical members of the fourth estate seized on this as an example of the Obama administration’s collusion with the Russian bear.

The drumbeat of negative coverage on the issue would dog the president through his abandonment of a planned missile defense base in Poland, his assurance to Russian President Dmitry Medvedev that he’d “have more flexibility” after the 2012 election, and President Obama’s incredible flexibility in his virtual non-response to the Russian annexation of Crimea in 2014.

Of course, none of that ever happened. Actually, all of it happened, but the press never sought to tie any of it to any softness on the part of the 44th president toward our Russian adversaries. Fast forward to the current day, however, and White House Communication Director Michael Dubke’s resignation can only be tied to one thing in the eyes of the press: Russia.

In fact, if current news reports are to be believed, Dubke quitting is just a sign of things to come. White House Senior Strategist Stephen Bannon, Chief of Staff Reince Priebus, and First Son-in-Law and key adviser Jared Kushner are all variously described as on the verge of being ousted or leaving over the Russia issue.

Even worse, now reports are coming in that no replacement has been named for Dubke and roughly 500 other administration openings—because nobody will come forward to take the jobs. Russia and President Trump’s penchant for personal loyalty are supposedly keeping otherwise qualified candidates from accepting those appointments. This is supposed to be especially true for seasoned Washington players.

As if on cue, former Chairman of the Republican National Committee Michael Steele piped up in The Hill to say, “The talent pool is shrinking, because who wants to sign up for crazy?”

Once again, the media and the Washington establishment are taking on the roles of the six men of Indostan, each clinging to their own perspective, “Though each was partly in the right, and all were in the wrong!”

In observing the Trump administration, however, it seems that all are willfully blind if not actually so. The determination to tie every sniffle and sneeze to some as yet unproven Russian conspiracy is keeping many in the press from appreciating what may be larger truths.

As an executive recruiter I spend much of my time trying to bring very experienced people to small companies with limited resources. These roles always get filled, because there is always somebody who will take a chance on a new opportunity to make an impact in their chosen profession. Sometimes it’s for more money (although not always), sometimes it’s for a better title, sometimes it’s just for a change of pace. The bottom line is that people move into unglamorous roles in unsung companies every day—because it makes sense for them to do so.

That’s not what we’re talking about here.

Working for the president of the United States in Washington, D.C. is a dream come true for many people. Just look at all the Goldman Saks executives in the administration working for salaries that won’t pay the annual dues at their country clubs. There’s something to be said for service to country, and many of these open positions are ideal capstones for successful careers or stepping stones to more significant roles later.

Take the Dubke job. There are currently 33 Republican Governors, 52 Republican Senators, and 241 Republican Congressmen—all of whom have Republican Communications Directors. You can’t tell me that, among that pool of spin doctors, a dozen viable candidates can’t be found. Add in all the flaks for failed campaigns, public relations firms, and corporate communications professionals and I’d bet that the administration is being hampered just handling all of their calls and unsolicited resumes.

If there really are 500 other positions that haven’t been filled, that’s a small number in the overall scheme of things. Most productive recruiters are working on anywhere between 6-10 positions at one time, with an average time to fill of 2-4 weeks. That’s for difficult-to-fill positions, not jobs where hundreds (thousands?) of job seekers are desperately trying to get their credentials in front of key administration officials. A team of a dozen good recruiters could eliminate that backlog in a matter of months. If they don’t have the people on board, I can’t imagine that firms like Korn Ferry, Heidrick & Struggles, or Spencer Stuart don’t have teams of people ready, willing, and able to begin work today. I’m quite sure that our first businessman president knows this and his staff is probably fielding such calls daily.

Perhaps the reason that so many positions remain unfilled is because Trump really is running a different kind of presidency. Maybe he’s serious about draining the swamp. Reaction to his first budget blueprint demonstrates that, even among Republicans, calls to cut spending and balance the budget fall more into the category of campaign promises than governing priorities. Thus avoidance of seasoned Washington players may be more intentional than those seasoned Washington players may care to admit.

I have no experience in Washington. I’m doing nothing more than speculating—which puts me in good company in media circles. But I have run a business. If I wanted to cut spending and bring my books into balance, I’d first look to cut unnecessary staff. If you don’t hire the people who spend the money, to some extent you save the money that they would have spent. Congress has shown no willingness to actually make cuts. Perhaps what we’re seeing here is not incompetent management, but the assertion of new budgetary priorities—an unexpected cut to the federal bureaucracy and a permanent reduction in force. If so, that may be a welcome outcome.

On the other hand, perhaps the president is just in over his head. If so, Mr. President, give me a call. 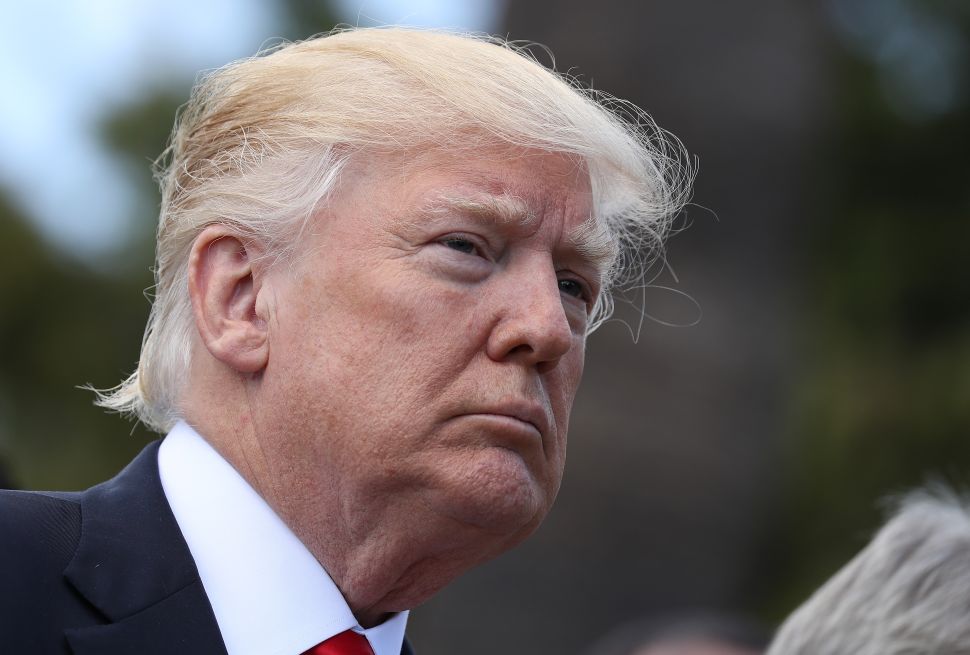