Last April, two highly valuable paintings by a pair of the world’s best known artists, Rembrandt and Renoir, were reportedly stolen just outside of Milan, in Monza, Italy. The works were said to be worth nearly $30 million.

But there’s something more missing here than just the paintings themselves.

The English language news of the theft was reported in the West via an unlikely source: Turkey’s Daily Sabah, which dedicated a mere 150 words to the story. And aside from early reports in the Italian language media source Il Giorno (which first broke the story) that led to a smattering of English-language versions, no information beyond the initial news has emerged.

Here’s what has been reported so far: an art dealer met with two men on multiple occasions to discuss the purchase of the two paintings. Finally, the trio met at a plush office located in a building shared with the Albanian consulate. After consummating the deal on paper, the buyers excused themselves to another room in order to retrieve a tray for the celebratory coffee they shared with the dealer. But the men never returned. Instead, they made off with the Rembrandt and the Renoir before any money changed hands.

Citing a court order, the Carabinieri—the police body responsible for investigating such crimes—withheld comment on the matter. Still, there is suspiciously little information about this heist considering the esteem of the artists. Works by Rembrandt and Renoir often serve as centerpieces for important collections the world over. Thus, the enormous price ascribed to these two mysteriously unnamed paintings.

The loss of works by these two artists is devastating, but not a surprise. As a percentage of the number of works in his oeuvre, no great master has seen more of his paintings stolen than Rembrandt van Rijn. The reason is obvious: everyone, even the career criminal, knows of Rembrandt. Therefore, reasons the crook, his fame is commensurate to his value. Furthermore, his works are in nearly every major city. The same can be said about Renoir, but to a lesser extent.

As a result, paintings by such artists present attractive targets for thieves. And when one figures in the fact that the very reason museums and galleries exist is to showcase—not hide—great art, this crime of opportunity happens all too frequently.

Typically, when paintings by such highly sought-after masters go missing, the news makes its way around the world, landing in the United States and western Europe with a splash. Increasingly, law enforcement utilizes both new media and social media to make the works too well known to be fenced. It’s a smart approach: the more people who recognize paintings as stolen, the fewer to whom thieves might to try to market the illicit works. Indeed, history has shown that when highly valuable, highly recognizable works are stolen, they are remarkably difficult to monetize.

Such a method was successful when it was brilliantly applied by the Los Angeles County Sheriff’s Department in August of 2011 following the theft of a drawing titled The Judgment, which was purported to be a Rembrandt. Valued at a mere quarter-of-a-million dollars (a bargain for a work by the Dutch Master) and unfamiliar to most, the drawing did not meet the standard of being either too valuable or easily recognized to be sold by the thieves.

But, led by Capt. Mike Parker, the LACSD elevated the work’s recognizability by blasting an image of it across every available social media platform extant at the time. Within hours of the theft, The Judgment could be—and was—seen by hundreds of thousands of people on the Internet. The thieves got the message: they had not stolen a picture but, instead, a problem. Within just days, the unidentified thieves dropped off the picture at an Episcopal priest’s office in Marina del Rey, the same town where the crime too place. They were never heard from again.

Oddly, this recent theft in Monza has resulted in no such concerted effort. In fact, weeks after news of the theft broke, it remains unknown just what works were taken. No images have been released, and the paintings have not been named.

The Carabinieri wisely utilizes a public database to display the paintings that it seeks. Today, there are eight works listed on the site, but none bear any indication of the date of pilfery. Meanwhile, a check of Interpol’s database of stolen art results in 12 Rembrandts, and only one matches a painting on the Carabinieri site (Angel Appearing to Tobias), but that was stolen in Rome in 1983. Complicating matters further still, the Federal Bureau of Investigation’s National Stolen Art File lists 16 missing Rembrandts. No dates are provided for any of the crimes, and most of the works shown are not listed on the aforementioned two sites.

Such is the limits of databases: the information they produce is only as valuable as the data poured into them.  That’s a valuable and foreboding message for art consumers: the fact that your objet d’amour isn’t listed as missing in an official-sounding database doesn’t necessarily mean that it has passed from one owner to another legitimately.

Meanwhile, the art world, including those who work in art crime on both sides of the fence, wait impatiently wondering just what really happened in Monza. Was this this just some fraud perpetrated to win insurance money? Is there a scam about to be uncovered? Does the Carabinieri already have the paintings in their sites? Or have we once again lost important cultural treasures?

The sad fact is that in the world of art crime, we might never really know. Paintings are stolen with great frequency, masterworks among them. Sometimes, as in Marina del Rey, they are gone for just days. Other times, they remain missing for decades. One can only hope that in the case of the Monza theft, this is a case of the former, not the latter. 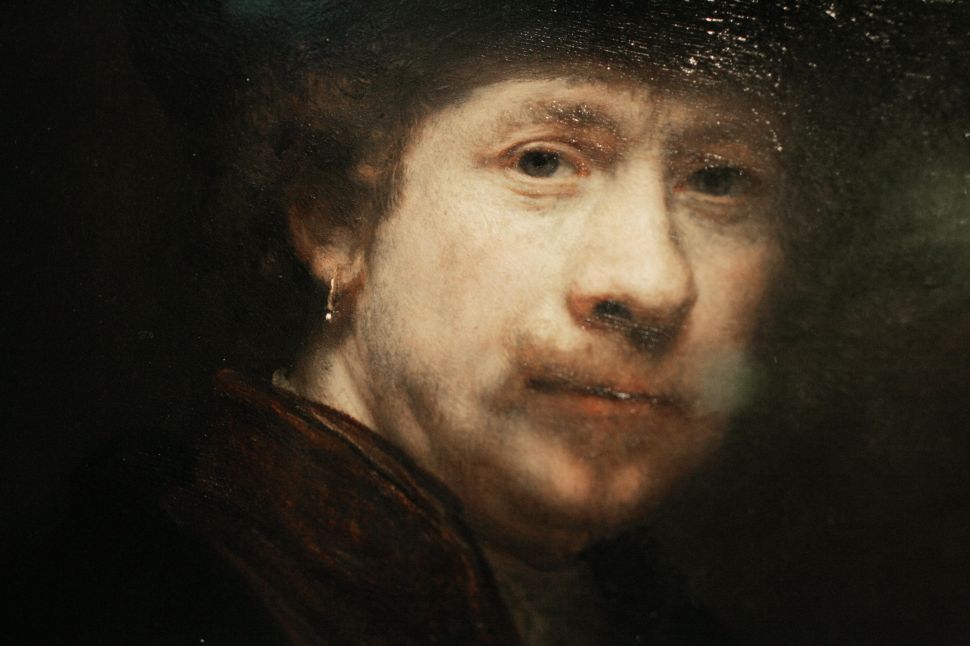