Patty McCord isn’t into bullshitting. The early Netflix exec is now a consultant who helps companies think about the way they manage work. When she’s speaking, she likes to ask people how many of them use language about “family” to describe their workplace.

Usually, a lot of hands go up. Then she asks them if any of them have ever laid off a member of their family.

Comparing companies to families is bullshit, the kind McCord dislikes. That’s why Netflix, where McCord worked for 14 years as its chief talent officer, has a document on company culture that compares its staff to a team, not a family. Netflix recently released an update to that culture document, and we reached out to McCord to walk us through what changed.

If you’re not familiar, Netflix has this famous slide deck that Reed Hastings, the company’s founder, published on Slideshare in its very early days. It has 125 slides and more than 16 million views. Anyone who follows Silicon Valley has probably stumbled on it. It’s legendary.

A new version came out last week on the Netflix website—it’s all prose, not a slide deck. It runs to 4,400 words. It’s sure to become one of those foundational Silicon Valley documents, a touchstone that young founders will look to and misunderstand for years to come. Most people who read all the way through it will probably end it pretty irritated at their own bosses.

“I was not a fan of publishing the first one, because I thought it was so raw,” McCord told the Observer in a phone call.

The slidedeck was something the company went through with new hires. It articulated some of the ways Netflix operated differently than other companies.

For example, people could spend what they needed to spend, because they assumed everyone would use money for the right reasons.

Netflix let go of people who were good but not great, but they gave a nice severance to say goodbye.

‘So much of it is fundamentally the same’

Both documents “were written using the same process, and that process was a collaborative process with members of the management team,” McCord explained. “What we’d do at least once a year—sometimes twice—is we’d comb through the slides and say, ‘Is this still true?’” It was her job to operationalize the deck through the growing company.

She told us she got a preview of this new version before the rest of the world did. Though she’s been gone from the company a long time, she left on good terms. Leaving on good terms (“with dignity,” as she likes to say) is one of her touchstones for good management of humans.

McCord went through the new document and helped us catch the important changes.

The first one she pointed out to us is subtle, but really powerful.

When making the slide deck, management wanted a metaphor that captured what Netflix was if it wasn’t a family. They landed on a professional sports team. Sports teams can’t suffer so-so players. They have to constantly look for the best.

That language shifted just a little bit with this new version, but it deepened the meaning.

“My biggest ah-ha at the beginning was the reconceptualizing of the professional sports team to the words ‘dream team,’” McCord said.

A dream team evokes the 1992 USA Men’s Olympic basketball team. It captures the idea that a company could assemble a group so exceptional that its people become heroic together.

Netflix trusts its employees not to share information outside the company, so it lets everyone know what’s going on.

The new document says, “We share documents internally broadly and systematically. Nearly every document is fully open for anyone to read and comment on, and everything is cross-linked.”

This is a new way of describing an old practice, McCord says. In the early days, this was staff chatting in the parking lot. It’s not gossip if no one is expected to keep secrets from other employees.

“There’s very much a sense at Netflix that leaders decide,” McCord said. This new document introduces this concept of the “informed captain” which helps make that point clearer.

“For every significant decision there is a responsible captain of the ship who makes a judgment call after digesting others’ views,” the document explains. “We avoid committees making decisions because that would slow us down and diffuse responsibility and accountability.”

Overall, the second document reads as a refinement of the first. “So much of it is fundamentally the same,” McCord said.

“When I look back, I realize we redefined what grownups were,” she added. The company’s travel and gifts policy is “Act in Netflix’s Best Interest.” It’s parental leave policy is, “Take care of your baby and yourself.” It’s about trusting people enough to make the right decisions for themselves and the company.

McCord is writing a book right now to help managers find similarly new and different ways of thinking about their people’s work together. It’s called Powerful and it’s due out next January.

“Most of how we manage people is so completely divorced from how they run the business,” she said. “My book is saying isn’t it time to rethink the whole way we work.”

For Netflix’s part, this new document suggests that what works about the way that company works hasn’t changed much, but radical ideas always need ever more refined explanations. 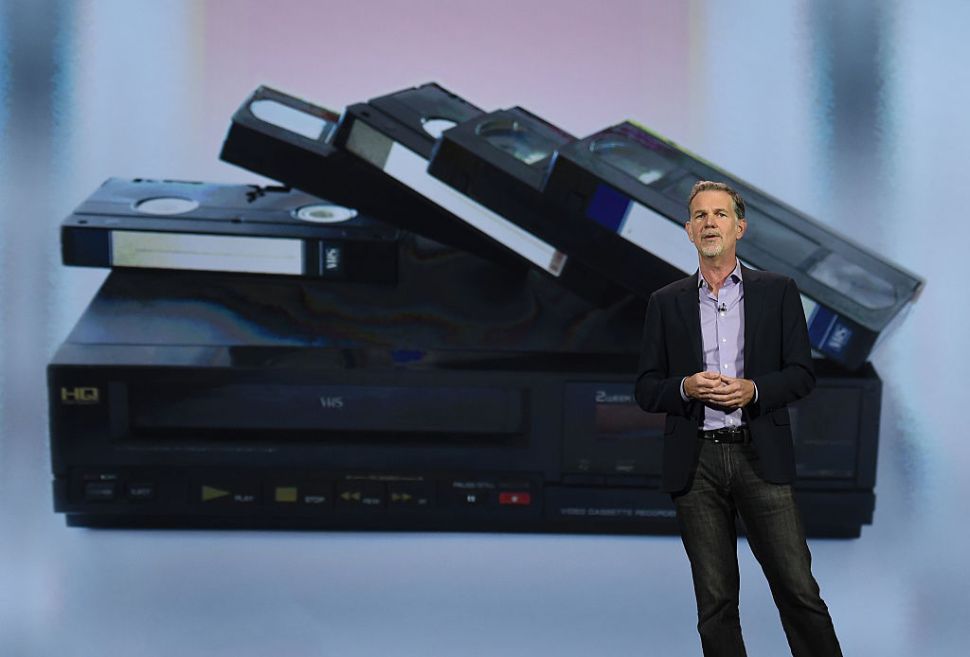