Net neutrality is the fight over whether or not internet service providers have the right to charge websites extra money for faster access to customers. The fight was largely driven by Netflix, which massively increased the traffic on the country’s copper and fiber optic cables as its movies made their way to our homes. ISPs saw Netflix making loads of money clogging up their networks and thought they ought to be able to charge the company money for its disproportionate traffic. Netflix went to Washington and fought.

Quietly, though, behind the scenes, Netflix also worked hard to play nice with internet service providers, finding technical solutions to lower the burden of the company’s content on their networks. The cornerstone of that system is called Netflix Open Connect. The company just described how it improves user performance by strategically organizing copies of its video and audio files around the world in a new post on its tech blog.

With Open Connect, Netflix either peers directly with ISPs or it actually provides specially designed network appliances to host Netflix files inside the ISP’s facilities. Peering means that Netflix and the ISP establish a direct connection, no hops required. The company has peering locations all over the world, because distance really does matter online. It wants its data close to viewers.

But it’s not as simple as just having copies of everything in lots of places. In fact, the company might choose to put lots of copies of one very popular piece of content inside an ISP (like the episodes of its new professional wrestling show, GLOW, which just launched) and relegate its less popular stuff to servers further out in the network. “An extremely popular file, if deployed only on a single server, can overwhelm the resources of that server — while other servers may remain underutilized,” they write.

That’s no good. Better not to overwhelm any server, even if that means that a few documentary fans experience slight delays on that Thursday night when they finally get around to watching Netflix’s 3D printing exposé, Print The Legend.

Each piece of programming actually gets broken down into lots of files (different quality levels of video, audio files, subtitles, etc). This both helps to balance the load on servers and also ensures that they can send exactly the quality of file that a viewer’s device can handle (no reason to send 4K video to a 1080p laptop). “As an example, for streaming one episode of The Crown we store around 1,200 files,” the post explains.

We’ve previously written about how Netflix uses data to decide what kinds of shows it should make. It also uses big data to predict which of its existing titles will be popular tomorrow. By doing so, it knows the right way to allocate copies around the world.

Obviously, the most important data for predicting a movie or shows popularity tomorrows is how many people have watched it over the last few days. For new files, they have to base it in part on human judgement and what they spent on marketing, but naturally the company goes further than that.

It’s not enough just to think in terms of how many people watched Luke Cage over the last week (what they refer to as the “title level”). They also need to look at how many of them watched it on mobile or using a smart TV (“file level”). It turns out that the popularity of content varies across formats, so the people watching on their phones like different things than people watching on TV. In fact, these differences turn out to be powerful.

“In 2016, we migrated most of our clusters from title level to file level rankings. With this change, we were able to achieve the same caching efficiency with 50 percent of storage,” they team wrote.

Netflix was not immediately available for comment for this post, but it is hiring a Senior Data Scientist right now. That might explain why it’s being especially open about how the sausage gets made, or how Orange Is The New Black gets turned into digital sausage for better streaming to your smart TV. There could be more to it, though.

Netflix famously uses Amazon Web Services to store incarnations of its website, but it still hosts its own content. We’ve previously written that Netflix will need to evolve in order to stay a dominant force online as more and more companies get into the online video game. The day could come where Netflix actually competes with Amazon, debuting some kind of cloud service that specializes in serving very large files. As virtual reality and augmented reality become more important and mobile networks increase their throughput, this could be a powerful play. 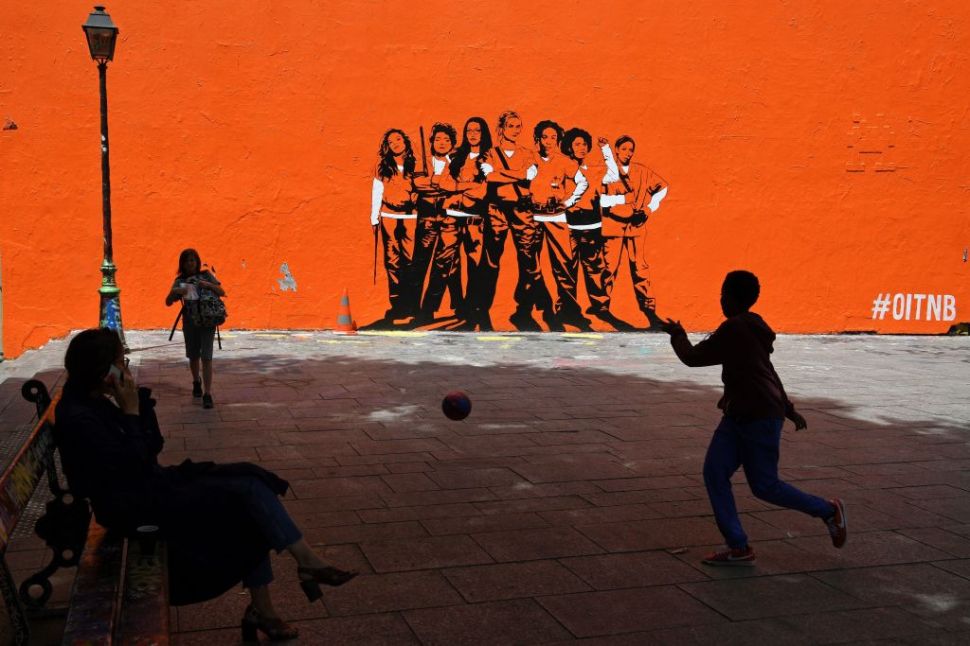