There are 80 to 100 billion neurons in a human brain, and every single one of them can form thousands of connections with other neurons, leading to a complex network of hundreds of trillions of synapses that enable brain cells to communicate with each other.

Like a computer network built from five hundred trillion transistors, each representing a “bit” of information depending on whether it is “on” or “off.” —Rick Hanson, PhD

Yet, despite the best efforts and findings of modern neuroscience, the true functioning of our mind remains one of the greatest and most fascinating mysteries. We know a lot about how our brain helps us stay alive, communicate, and perceive the world around us. But this knowledge, however brilliant, continues to change at an extraordinary pace and represents only a tip of a gigantic iceberg whose full beauty is hiding well from our sight.

Is it then preposterous to consider that something as trivial as focusing our mind and breathing steadily for a short time every day could have a profound effect on our well-being? Is it in our power at all to make changes to our own brain?

Let me illustrate. A year ago, I was suffering from persistent cough for a couple of weeks. No other symptoms whatsoever, just the pain in my chest, getting worse day by day. I’m not a smoker. I exercise often, I do my best to eat healthy, I fast, and I put a great emphasis on my spiritual growth. So when I tried to figure out what was wrong with me, I realized that I couldn’t really remember the last time when I had meditated.

The same evening, I sat outside in the fresh air and breathed slowly for 10 minutes while reviving happy, gratifying memories in my mind, which is what usually works for me to attain cardiac and physiological coherence as described by the psychiatrist and neuroscientist David Servan-Schreiber in his book The Instinct to Heal:

“In a study published by the American Journal of Cardiology, Dr. Watkins and researchers from the HeartMath Institute have demonstrated that the very act of recollecting a positive emotion or imagining a pleasurable scene rapidly provokes a transition of heart rate variability toward a phase of coherence. Coherence in heart rhythm affects the emotional brain, fostering stability and signaling that everything is in working order physiologically. The emotional brain reacts to this message by reinforcing coherence in the heart.”

In the past, I have experienced similar episodes several times. When I’m facing a health problem which can’t be fixed by a time-proven combination of good sleep, proper hydration, balanced diet, and exercise, it usually means that my body is giving me a signal to remember that crucial 10-minute healing time.

For long, I’d had only a vague idea of how this works in my brain — something like “pushing a button” to send a signal that says: “Okay, for a few moments I won’t bother you with stressors and frustrations, so do what’s best for me”. It turned out, though, that a few neuroscientists have been studying the effects of ancient mindfulness techniques on our brains, with some pretty compelling results.

Until only quite recently, most of the brain research had been done with animals. The introduction of Magnetic Resonance Imagining (MRI) into clinical practice in the 1980s has resulted in substantial scientific advancement. Since then, researchers have been able to measure the activity and changes in the individual parts of the brain in humans.

Sara Lazar, a neuroscientist at Harvard Medical School, uses the MRI technology to look at very fine, detailed brain structures and see what is happening to the brain while a person is performing a certain task, including yoga and meditation.

According to her own words, Lazar herself used to be skeptical about the lofty claims her yoga teacher had made about the emotional benefits of meditations she should have expected to experience. When after attending several classes, she indeed felt calmer, happier, and more compassionate, she decided to re-focus her research on the changes in the brain’s physical structure as a result of meditation practice.

In her first study, Lazar looked at individuals with extensive meditation experience, which involved focused attention on internal experiences (no mantras or chanting). The data proved, among others, that meditation may slow down or prevent age-related thinning of the frontal cortex that otherwise contributes to the formation of memories. The common knowledge says that when people get older, they tend to forget stuff. Interestingly, Lazar and her team found out that 40–50-year-old meditators had the same amount of gray matter in their cortex as the 20–30-year-old ones.

For her second study, she engaged people who had never meditated before and put them through a Mindfulness-Based Stress Reduction training program, where they took a weekly class and were told to perform mindfulness exercises, including body scan, mindful yoga, and sitting meditation, every day for 30 to 40 minutes. Lazar wanted to test the participants for positive effects of mindfulness meditation on their psychological well-being and alleviating symptoms of various disorders such as anxiety, depression, eating disorder, insomnia, or chronic pain.

After eight weeks, she found out that the brain volume increased in four regions, from which the most relevant were:

HIPPOCAMPUS: a seahorse-shaped structure responsible for learning, storage of memories, spatial orientation, and regulation of emotions.

TEMPOROPARIETAL JUNCTION: the area where temporal and parietal lobes meet and which is responsible for empathy and compassion.

On the other hand, the one area whose brain volume decreased was:

AMYGDALA: an almond-shaped structure responsible for triggering the fight-or-flight response as a reaction to a threat, whether real or only perceived.

Here, the decrease in gray matter correlated with changes in the levels of stress. The smaller their amygdala became, the less stressed people felt, even though their external environment remained the same. It proved that the change in amygdala reflected the change in the people’s reactions to their environment, not in the environment itself.

WHAT IS THE MAIN DRIVER OF CHANGE IN OUR BRAIN?

Our brain develops and adapts throughout our whole lives. This phenomenon, called neuroplasticity, means that gray matter can thicken or shrink, connections between neurons can be improved, new ones can be created, and old ones degraded or even terminated.

For a long time it was believed that once your “child brain” was fully developed, the only thing you could anticipate for the future was a gradual decline. Now we know that our everyday behaviors literally change our brains. And it seems that the same mechanisms which allow our brains to learn new languages or sports can help us learn how to be happy.

Neuroscientist Lara Boyd from the University of British Columbia points out that the human brain changes in three ways to support learning of new things:

1. CHEMICAL — Transfer of chemical signals between neurons, which is linked to short-term improvement (e.g. of a memory or a motor skill).

2. STRUCTURAL — Changes in connections between neurons, which are linked to long-term improvement.

It means that the brain regions that are important for specific behaviors may change their structure or enlarge. These changes need more time to take place, which underlines the importance of a dedicated practice.

3. FUNCTIONAL — Increased excitability of a brain region in relation to a certain behavior.

In essence, the more you use a particular brain region, the easier it is to trigger its use again.

IS HAPPINESS A GIFT OR A DEVELOPED SKILL?

If we embrace the idea that our well-being is a skill that can be cultivated, then it’s obvious that meditation is simply a form of exercise tailored for our brain. While there is not enough scientific data available to measure the benefits of a 5-minute versus a 30-minute mindfulness session, the way in which our brain changes over time suggests that we can actively foster lasting results with regular practice.

Scientists from the Center for Healthy Minds at the University of Wisconsin-Madison define well-being from the viewpoint of these 4 areas:

In a study that examined response to positive images, individuals with higher activity in those brain regions linked to positive emotions reported a higher level of psychological well-being.

There is evidence that mindfulness training leads to greater resilience to painful stimuli. In this study, experienced meditators reported the same pain intensity as individuals with little mindfulness experience, but less unpleasantness.

Behavior that increases social bonds and improves the quality of social relationships increases well-being. Research then suggests that compassion can be cultivated with mental training.

Mindfulness, defined as paying attention to the present moment without judgment, makes people happier. A study where a smartphone app was used to monitor people’s thoughts, feelings, and actions showed that their minds were wandering approximately half of the time, and while doing so they reported significantly more unhappiness.

We tend to blame our brain a great deal — for inability to remember, for making us feel bad, for being slow… — as if it was a capricious ruler whom the rest of our body needs to follow no matter what. We refuse to assume responsibility for our brain’s health and our mind’s happiness. If we did, we could experience this phenomenal organ becoming our loyal friend rather than an eternal enemy.

We understand that to be able to run a 10k race or to do 50 pushups, we should exercise regularly. Yet we get put off when our brain doesn’t yield results instantly. Like: “Hey, I’ve meditated for 20 min and I still feel awful. What a new-age hype!”

The human brain is extremely plastic and establishes new neural connections daily. These intricate networks, however, need to be reinforced and consolidated through our behavior, just like a path through a forest needs to be walked, otherwise it will be grown over and eventually disappear.

Meditation can relax you and regulate your emotions in the short term, but it can also change your brain permanently if you approach it as a form of mental exercise. Although different mindfulness teachers will teach you different ways how to meditate, it’s inevitable that you seek your own. For example, I much prefer lying on my back to the often-prescribed lotus pose. Or I use an app to regulate my breathing rhythm but those with human voice-over irritate me. What suits one may not suit another and vice versa.

Any type of learning is a highly individual process, with the common denominator being plain hard work. And science shows that if we invest our effort into reprogramming our brains, it can truly guide us towards a better life.

Kristyna Zapletal is a coach for innovators and change makers. Her book for mindful entrepreneurs is just being born. 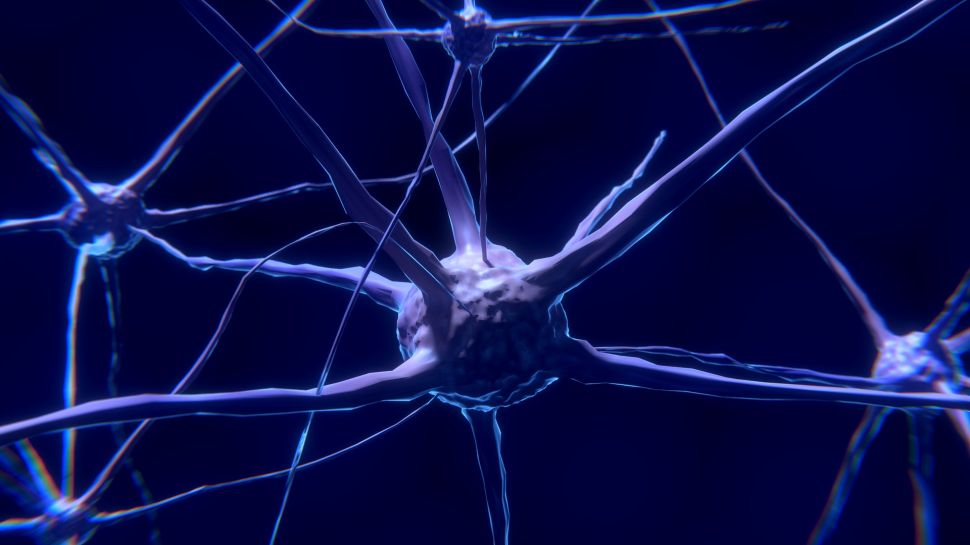