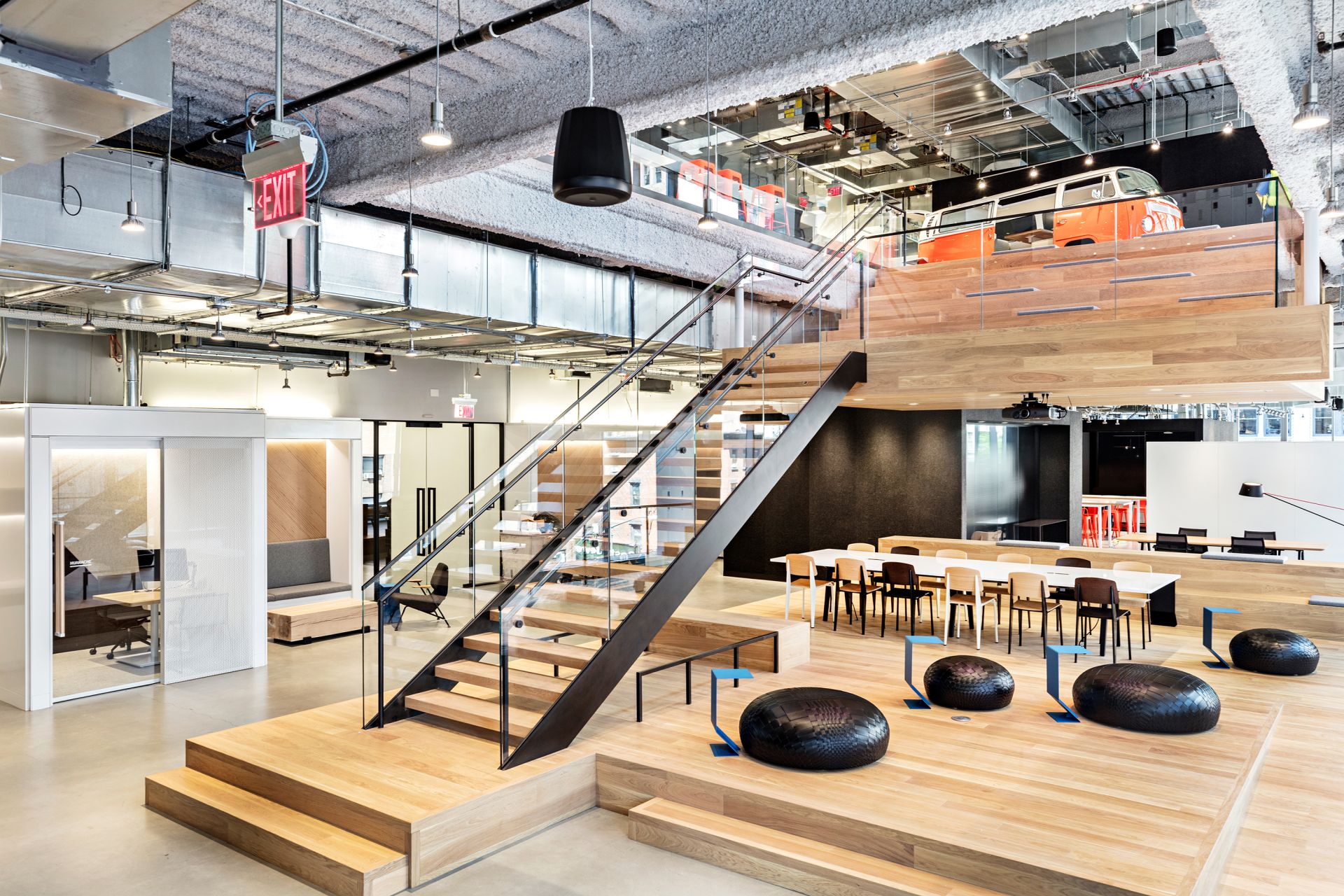 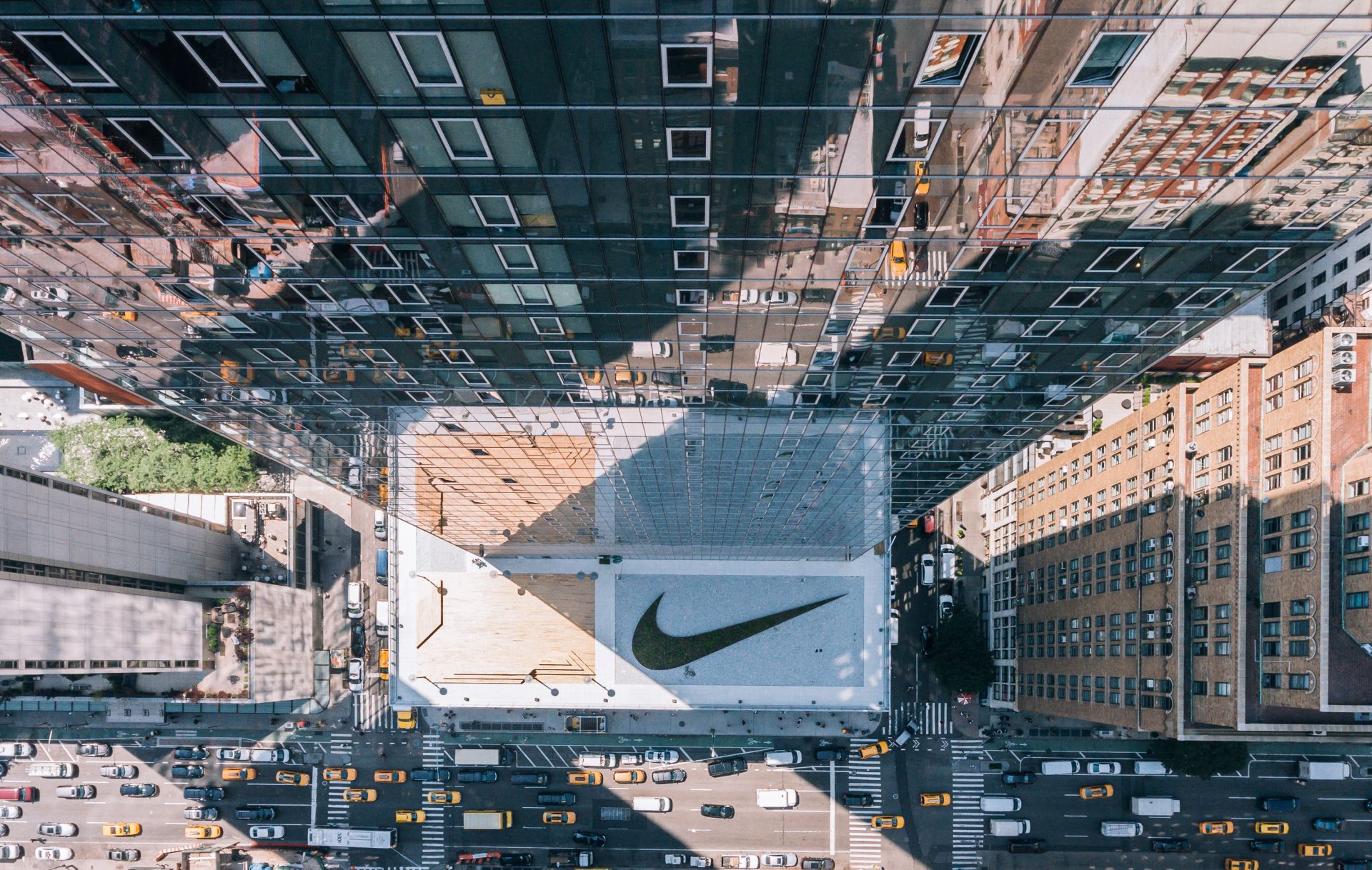 A view above the terrace's swoosh garden.
(Photo courtesy of Nike) 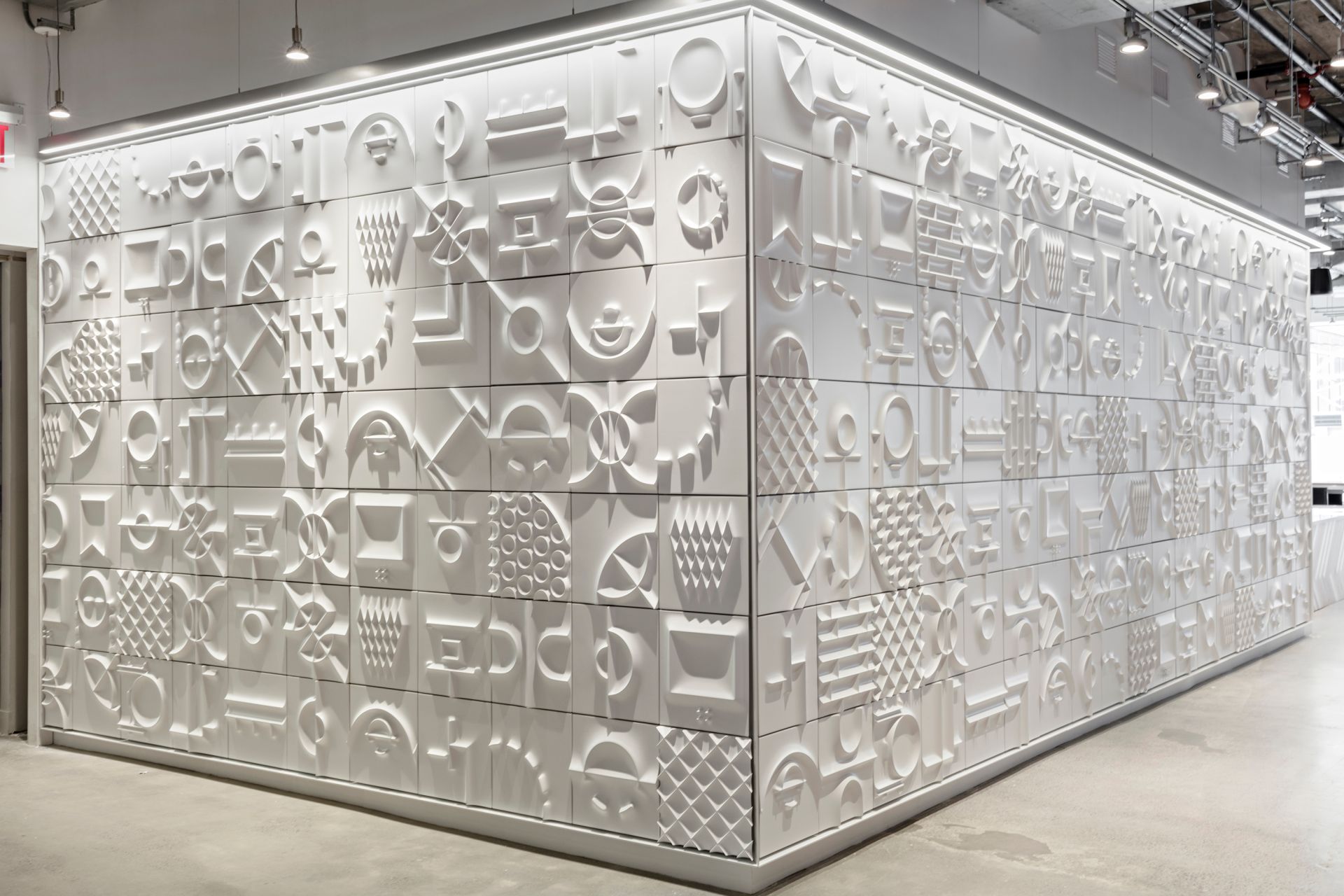 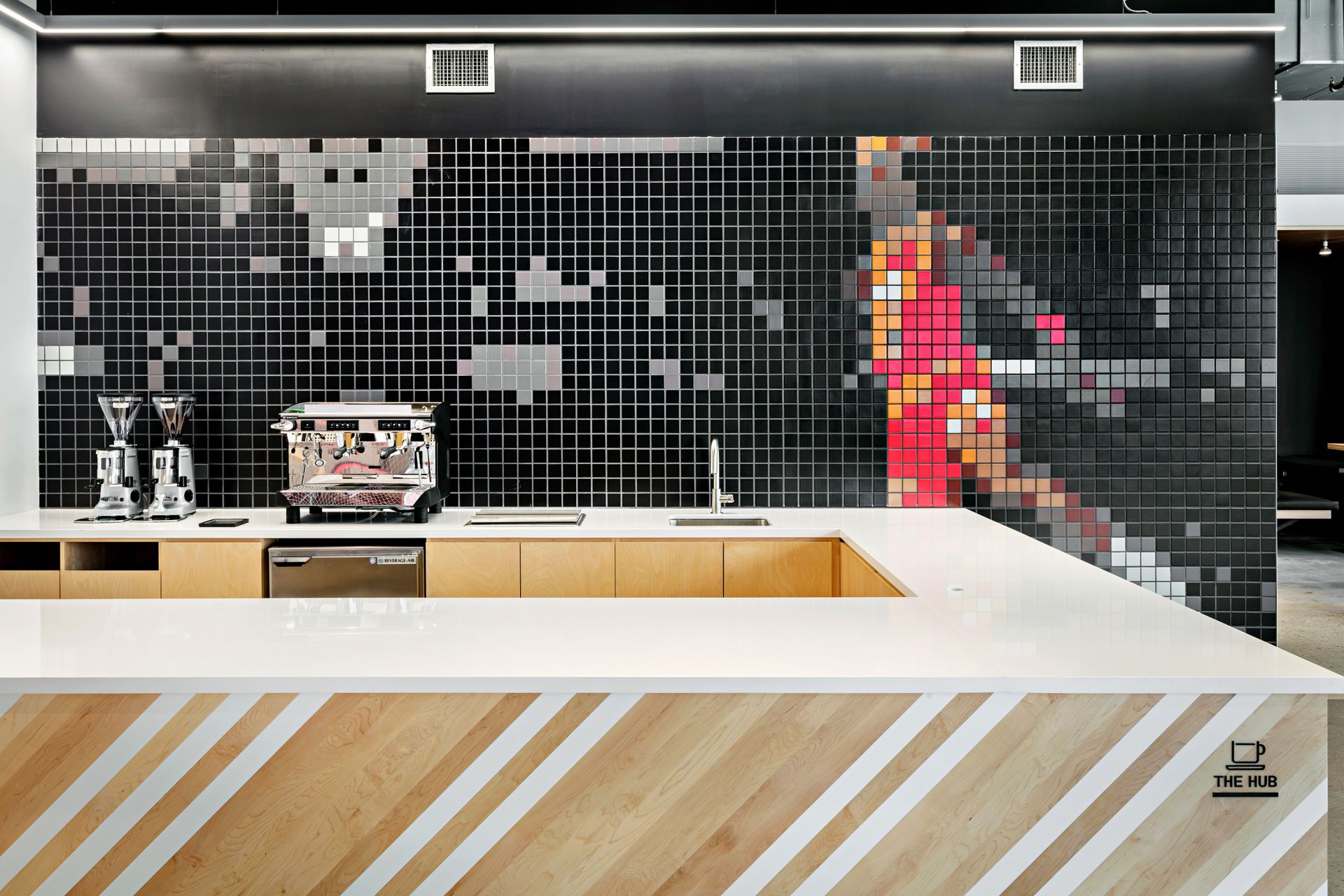 A kitchen space at NYHQ
(Photo courtesy of Nike)
Advertisement 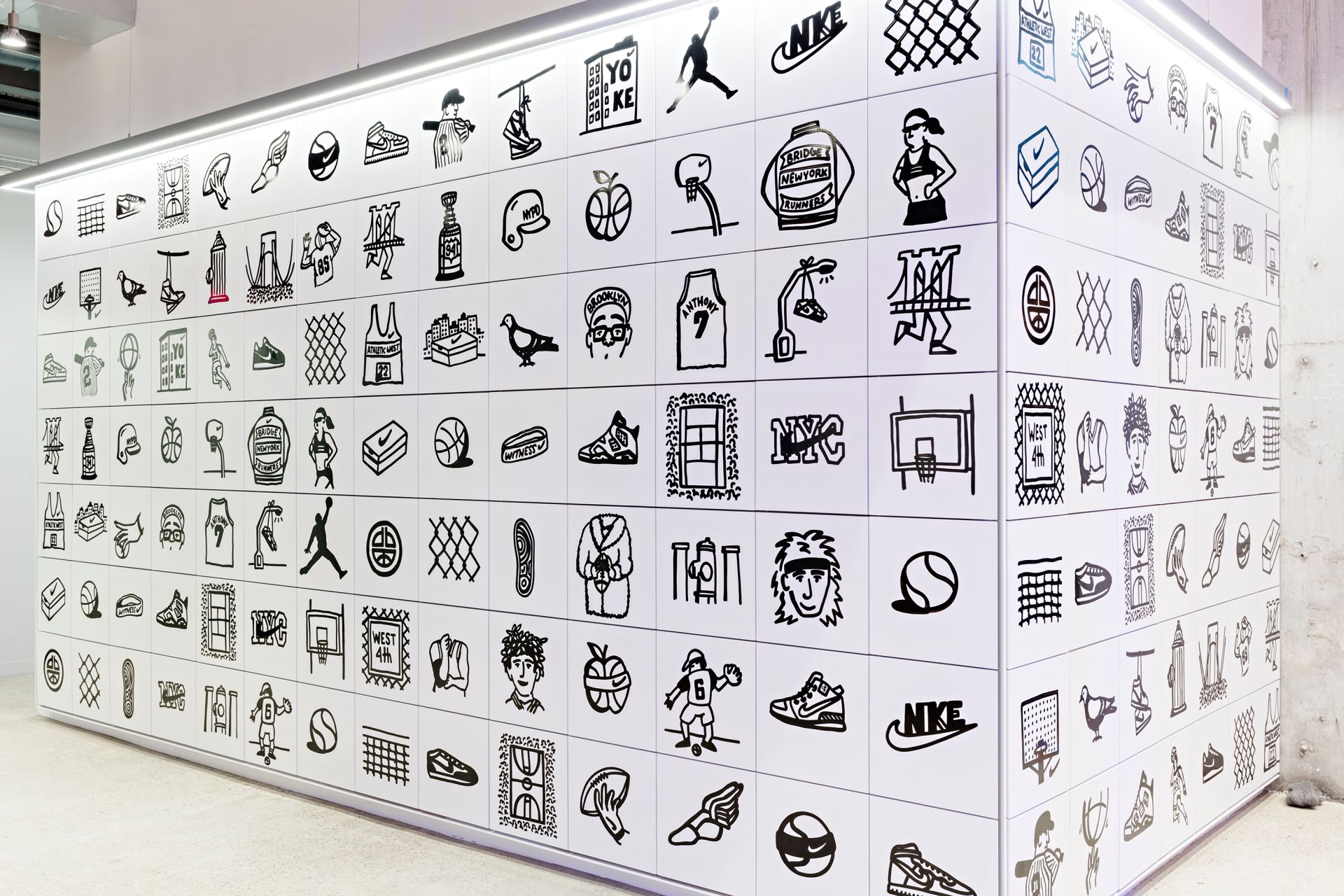 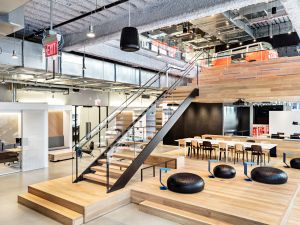 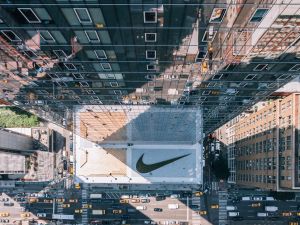 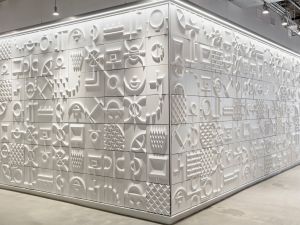 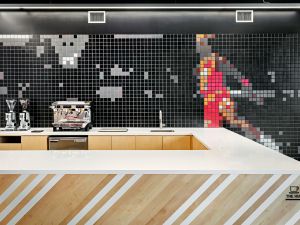 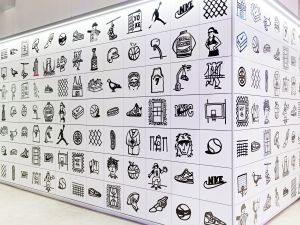 For over a decade, Nike’s Manhattan corporate office took up a single floor of the Google building at 111 8th Avenue, but Monday morning marked a new beginning. As a florist scurried through the soaring atrium arranging orchids, the doors were opened to the brand’s 6-floor behemoth office space dubbed NYHQ.

Upon arrival, employees enter through a dimly lit tunnel, and scale a staircase made to resemble the underbelly of a sports stadium — which in a way it is. At the top of the stairs, visitors are met with a regulation-sized indoor basketball court that will serve as an event and practice space for visiting Nike-endorsed athletes like LeBron James and Kevin Durant. Today it would be the site of a “first day of school” orientation to introduce the 1,000 employees to the open floor plan.

It includes creatively refashioned working space like an orange Volkswagen bus, complete with a parking ticket under the windshield wiper, outfitted with a conference room table – a tribute to the original van from which Bill Bowerman and Jeff Johnson would distribute Nike shoes at track meets in the company’s early days.

Throughout, there are several nods to both the brand’s heritage and the surrounding city. A truck that one might find at any Manhattan foodie fair serves up snack foods, and sits adjacent to a tiled wall of drawings by Harlem-based artist Micah NYC that pay homage to local sporting hubs like the West 4th Street basketball courts. There’s also a considerable amount of furniture included in the space from Brooklyn design collective, UHURU.

However, the pièce de résistance of its 150,000-square-feet is a sweeping terrace that offers a direct view of The Freedom Tower, and includes its own “swoosh garden” fashioned in the shape of the iconic logo – a subtle but fitting advertisement viewed by every visitor from the observation deck of the nearby Empire State Building.