The City Council voted to outlaw the use of wild or exotic animals in circus performances at its meeting this afternoon—though some members worried about the impact the ban would have upstart shows.

The legislation, introduced by Councilwoman Rosie Mendez, defines “circus” as any live show or carnival that—along with clown, acrobatic or stunt performances—includes performances by live wild or exotic animals that have traveled in mobile housing facilities, or were taken from their permanent residence and required to travel for any distance in order to be able to perform. The legislation passed by a vote of 43-6. When Public Advocate Letitia James announced the result, a large group of animal rights advocates in attendance burst out in applause.

“It’s taken a long time,” Mendez said during the meeting. “We made a lot of changes to the bill. So I wanna thank the people who supported it and the people who were opposed because through that process, we made this a better bill.”

She also thanked Council members who supported the legislation as well as a number of advocates with whom she had worked on the legislation, including John Phillips, former executive director of the New York City League of Humane Voters and Christina Scaringe, general counsel for Animal Defenders International.

During her monthly pre-stated meeting, Speaker Melissa Mark-Viverito said that they will vote on a bill in July to extend the compliance period in order to give circuses additional time to adjust their business models.

“I think that it is correct to allow the current businesses to adjust their business model in light of this legislation being passed,” Mendez continued.

The Council’s Committee on Health approved the legislation last Thursday. Should Mayor Bill de Blasio sign it into law, as likely, it will add New York City to the list of 125 localities in 24 states across the nation that have adopted either partial or full bans on circus animals.

Traveling circuses harm animal welfare due to the negative effects of continual transport, extended periods of confinement and physically abusive training techniques, according to the legislation text.

The bill’s sponsors argue that the extended period of time in vehicles and temporary facilities limits natural behaviors and leads to health, behavioral and psychological issues for the animals. The legislation points to the restriction of food, the use of billhooks—a heavy bar with a sharpened point and hook—electric shocks, metal bars, whips and other types of physical abuse.

Restricting the use of exotic and wild animals in traveling circuses, according to the bill, is the most cost-efficient and effective way to protect animal welfare and public safety.

Anyone who “causes a performance” of any wild or exotic animal that is part of a circus—defined as being financially or operationally responsible for the management of a performance, or serving as an official or financial sponsor—will face a civil penalty of up to $2,500 for each violation.

Queens Councilman Daniel Dromm noted that the amendment addresses concerns about the impact on circuses and pointed to the conditions under which the animals worked, saying those are reasons the bill should be supported.

“That’s why today I urge my colleagues to vote in favor of this legislation,” Dromm said.

But ahead of the vote, Brooklyn Councilman Andy King and Queens Councilman I. Daneek Miller, for their part, expressed concerns about the impact of the ban on UniverSoul Circus, the only black-owned circus in the country.

He said that as a child, he had the “privilege to attend the circus where I got to see acts.” 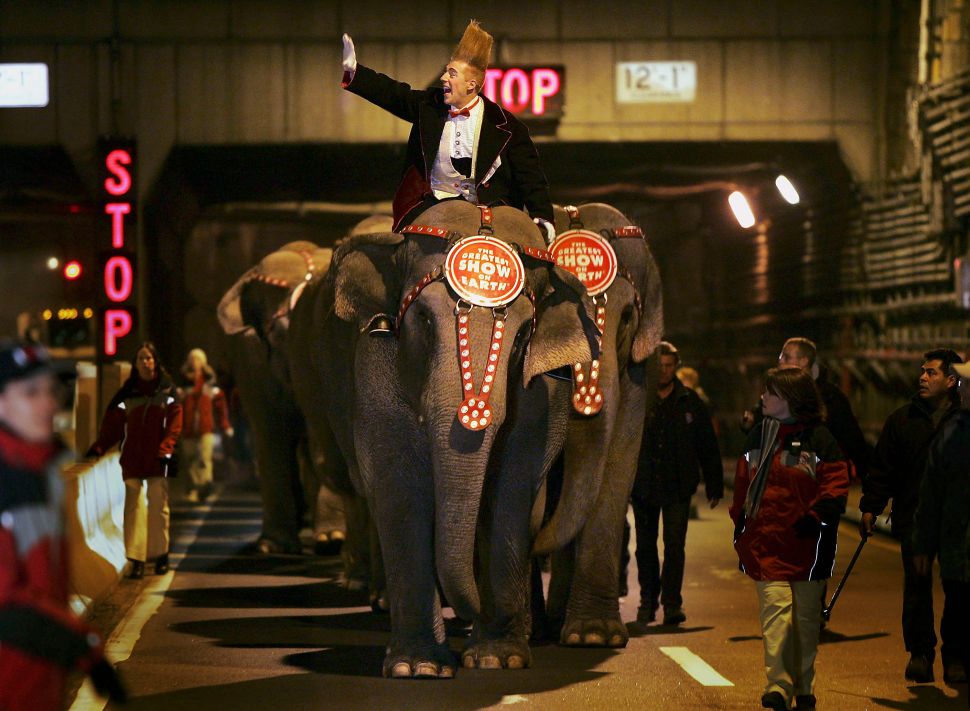