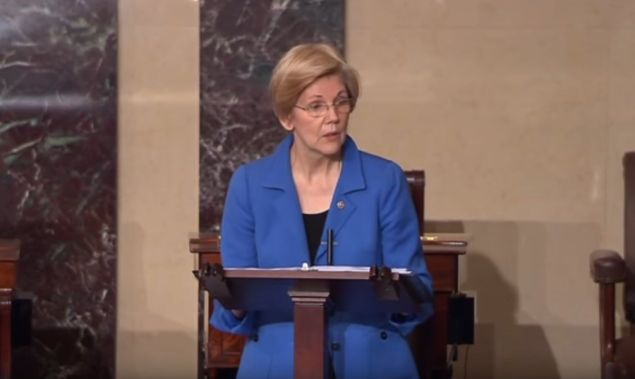 Elizabeth Warren may have been silenced, but Twitter ensured that Coretta Scott King’s voice was heard. Twitter

Appearing in Manhattan last night, Massachusetts Sen. Elizabeth Warren called on the audience to reach out to family and acquaintances in Republican districts and warn them of the dangers of the GOP’s plan to dismantle the Affordable Care Act—and proclaimed that conservative lawmakers have to be held to the fire if they want to “pass a bill that even Donald Trump called ‘mean.'”

Senate Republicans have said that they are still working on their own version of the American Healthcare Act, which passed the House in May. But it is unclear how different the upper chamber version of the legislation will be, as Senate Majority Leader Mitch McConnell and his GOP colleagues have constructed the bill in secret, irking many critics.

Warren told a hundreds-strong crowd that all Democrats “have locked arms” in opposition to the plan, but since their conference controls just 48 seats in the 100-member body, “we gotta have some help from the Republican side.”

“We go everywhere we can to talk about this but we need to go all across this country in this fight. We need people right here in this room,” she said, urging the attendees at the Town Hall to reach out to friends and family across the nation. “We’re gonna make democracy work.”

The Senate bill is expected to phase out Obamacare’s expansion of Medicaid more steadily than the House version of the bill, and have bigger tax credits to permit more older Americans to get health insurance, the New York Times reported. The House bill also enabled states to redefine what constituted a pre-existing condition, which the Congressional Budget Office determined that, coupled with the legislation’s provisions eliminating requirements that large employers offer insurance, would deprive roughly 23 million people of healthcare.

This week, Trump reportedly referred referred to the House version of the legislation as “‘mean.'”

Warren said that New York has “two great senators” in Senate Majority Leader Charles Schumer and Sen. Kirsten Gillibrand, who are “in the right place” but that “everybody in this room” knows someone who lives in a state represented by a Republican—and encouraged them to call, email or text them about the dangers of the pending healthcare bill.

“We have got to pull more people into this fight because we have got to make it clear to the Republicans in the Senate that we are watching and that if they destroy our healthcare system, if they wanna pass a bill that even Donald Trump called ‘mean,’ that if they wanna do that, then we are gonna hold them accountable,” she said. “That’s what we’ve got to do.”

Because the AHCA is a fiscal bill, the Senate Republicans could pass it in the budget reconciliation process—meaning Schumer, Gillibrand and the rest of the Democratic caucus do not have recourse to the filibuster. Warren lambasted McConnell for working on the legislation secretly.

She reiterated her belief that the legislation only serves to benefit wealthy individuals instead of everyday Americans.

“Never forget the other half of this,” she said. “Why? So that they can create massive tax breaks for a handful of millionaires and billionaires. This is not a healthcare bill. This is a tax loophole for people at the very top.”

Warren, who was introduced by state Attorney General Eric Schneiderman, was in town to promote her new book, “The Fight is Our Fight: The Battle to Save America’s Middle Class.” She read passages from the book to the audience.

During the question-and-answer sessions, she also fielded questions—read aloud by good government academic and former congressional and gubernatorial candidate Zephyr Teachout—about the ongoing investigation into Trump ties to the Russian government and Russia’s interference in the presidential election.

When introducing Warren, Schneiderman said that as much as he runs around “assembling legal teams to challenge the malevolent, destructive policies that flow out of Washington,” he always takes time out “when I can get the counsel, the advice and the guidance from Elizabeth Warren.”

He said that she helps him and other attorneys general such as Massachusetts Attorney General Maura Healey as well as Consumer Financial Protection Bureau Chief Richard Cordray, calling her a “mentor and a guide to so many of us” and noting that she does a lot publicly, “speaks up, stands up” and “will not be silenced.”

“You know the public Elizabeth Warren but what you may not see is her extraordinary generosity in supporting many of us at the core of the legal resistance to the Trump era violence against the American Constitution and the American people,” he said.

Before reading out questions during the question-and-answer portion of the event, Teachout—who unsuccessfully challenged Gov. Andrew Cuomo in 2014—called Warren “my personal hero” and noted she was “really thrilled” Warren endorsed her bid to represent New York’s 19th Congressional district. She said she’s “sorry” she lost but that “we’re not done with the fight.”

She recalled a story Warren, whom she first met in late November 2014, told her about a Democrat asking her how to sway voters to their side when “a bunch of Democrats were trying to figure out what went wrong.” Warren, she said, blasted the idea of convincing people and stressed the importance of doing the actual work.

“She told me this story about a Democrat who called her and said, ‘You gotta figure out how to convince people that we’re fighting for them’ and she said, ‘Hell no!…and that’s who Elizabeth Warren is, just deeply, deeply honest,” Teachout told the crowd. 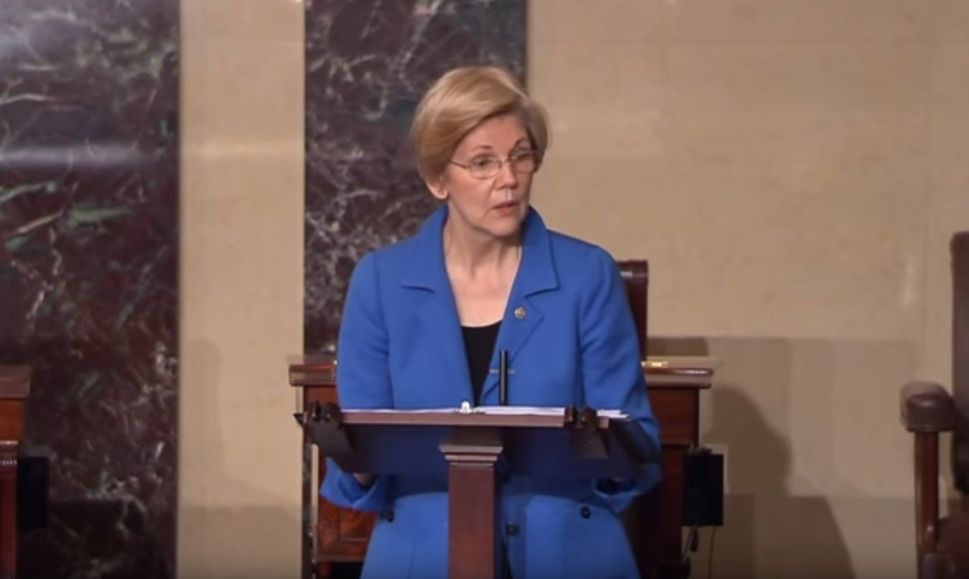