Most dads get cards on Father’s Day, but Nick Offerman—who, to clarify, is not a dad—got something entirely different this past Sunday.

The actor known for playing steak and whisky-loving woodworker Ron Swanson on Parks and Recreation saw his Twitter mentions explode this Father’s Day. In honor of the holiday, people were sending him photos of woodworking projects special to them—some shared gifts they carved for their dads, and others shared woodworking projects their fathers once made for them. Others shared projects they worked on together with their pops.

Offerman retweeted a bunch of these with the hashtag #GreatDads. 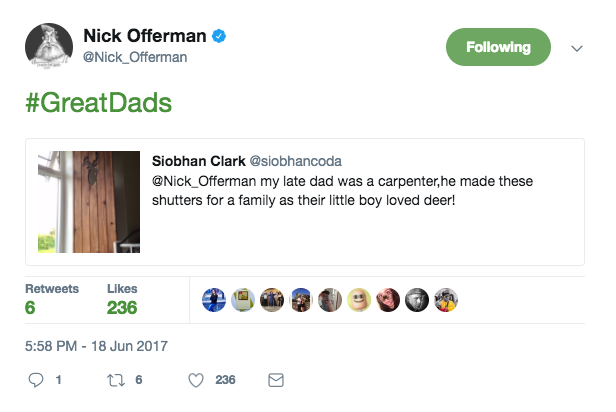 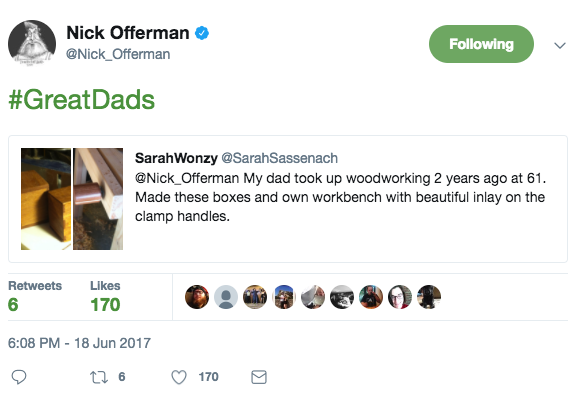 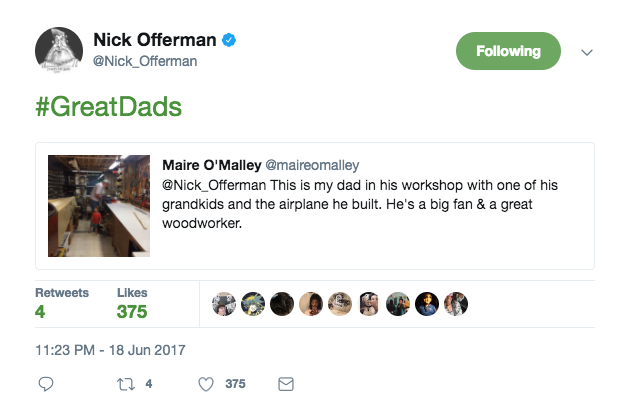 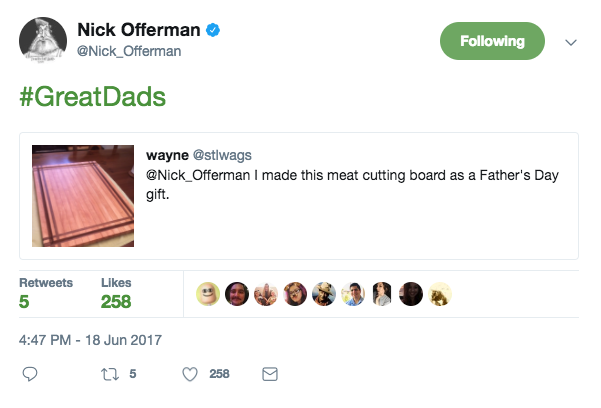 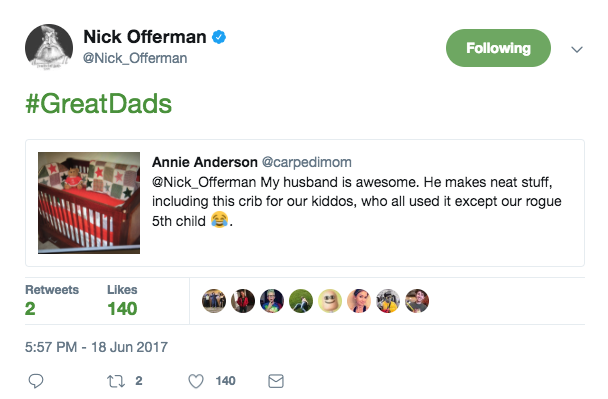 @Nick_Offerman my 70+ year old dad made this kitchen table by hand for my family after I showed him 1 picture on the internet. #GreatDads pic.twitter.com/u2z7wyeMzD

People have certainly shared their creations with Offerman before, but this influx came after the latest installment of My Tales of Whisky, a video series he’s been in as a part of his spokesperson gig for Lagavulin Single Malt Scotch Whisky.

In the video, Offerman is on a quest to make the perfect gift for his father. He takes an hour to do so, but his father outshines him with his own woodworking masterpiece.

Many of Ron Swanson’s iconic character traits were actually based off Offerman himself. When he’s not acting, Offerman is a craftsman, woodworker and professional boat and furniture maker. He’s written books and produced instructional videos on the subjects, even once paying his videographer with a canoe. 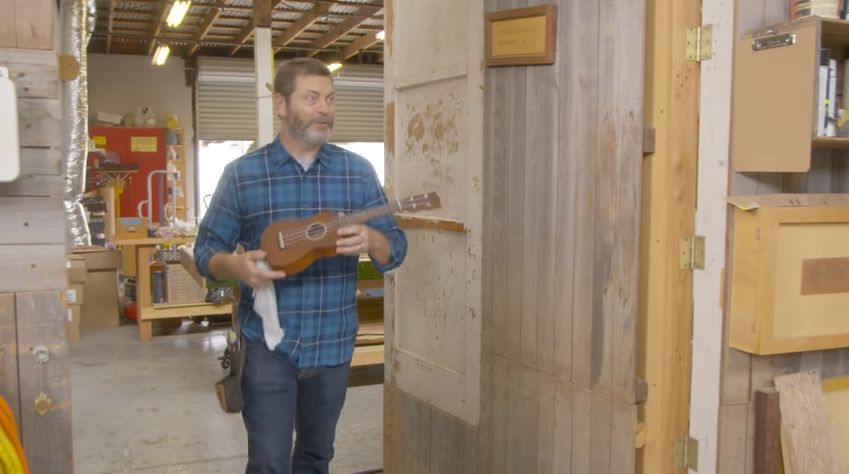