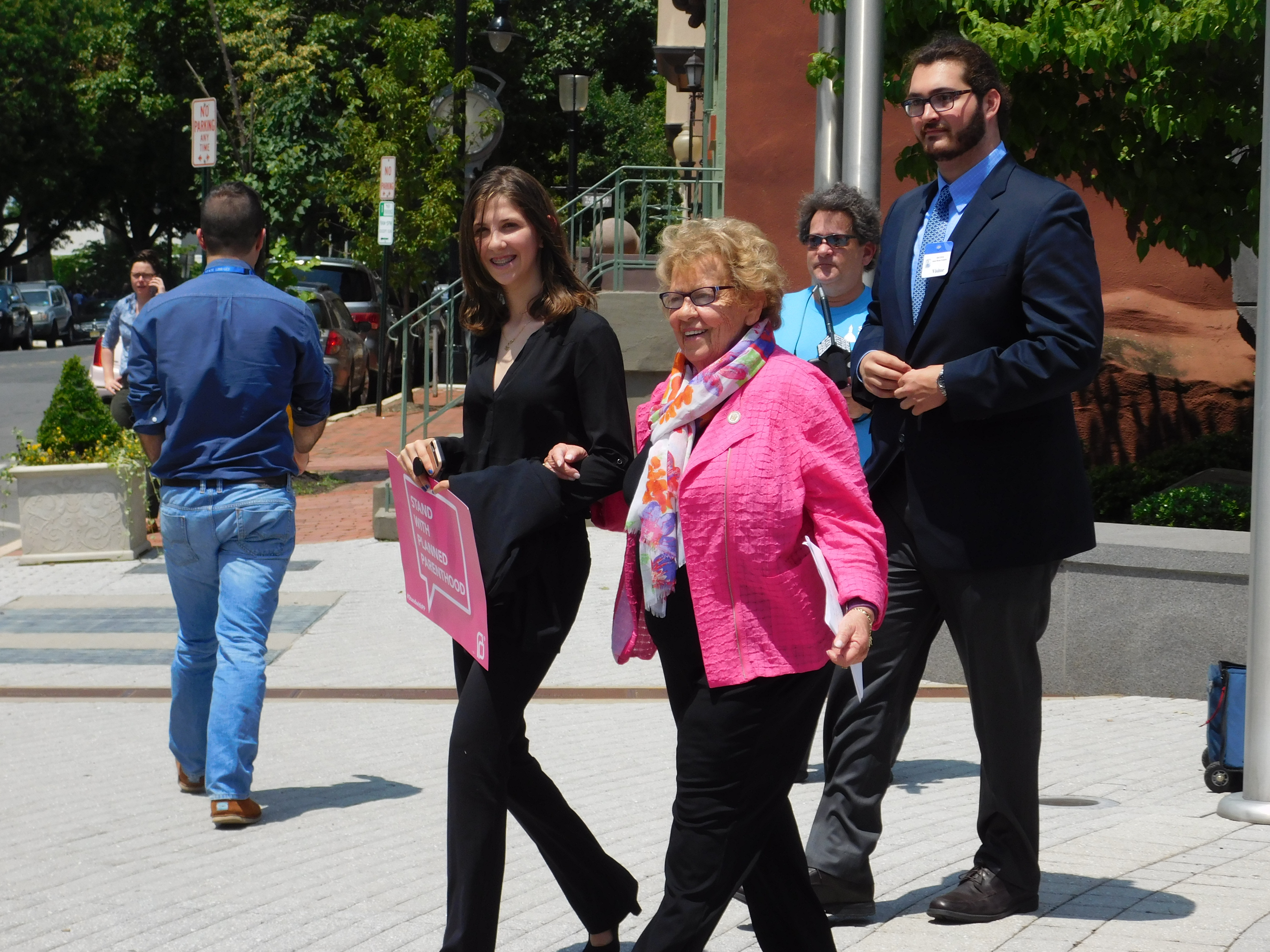 TRENTON — Democratic leaders in the Legislature announced Thursday that they will once again attempt an override of Gov. Chris Christie’s decision in 2010 to cut about $7.5 million in annual state funding for women’s health clinics including Planned Parenthood centers. 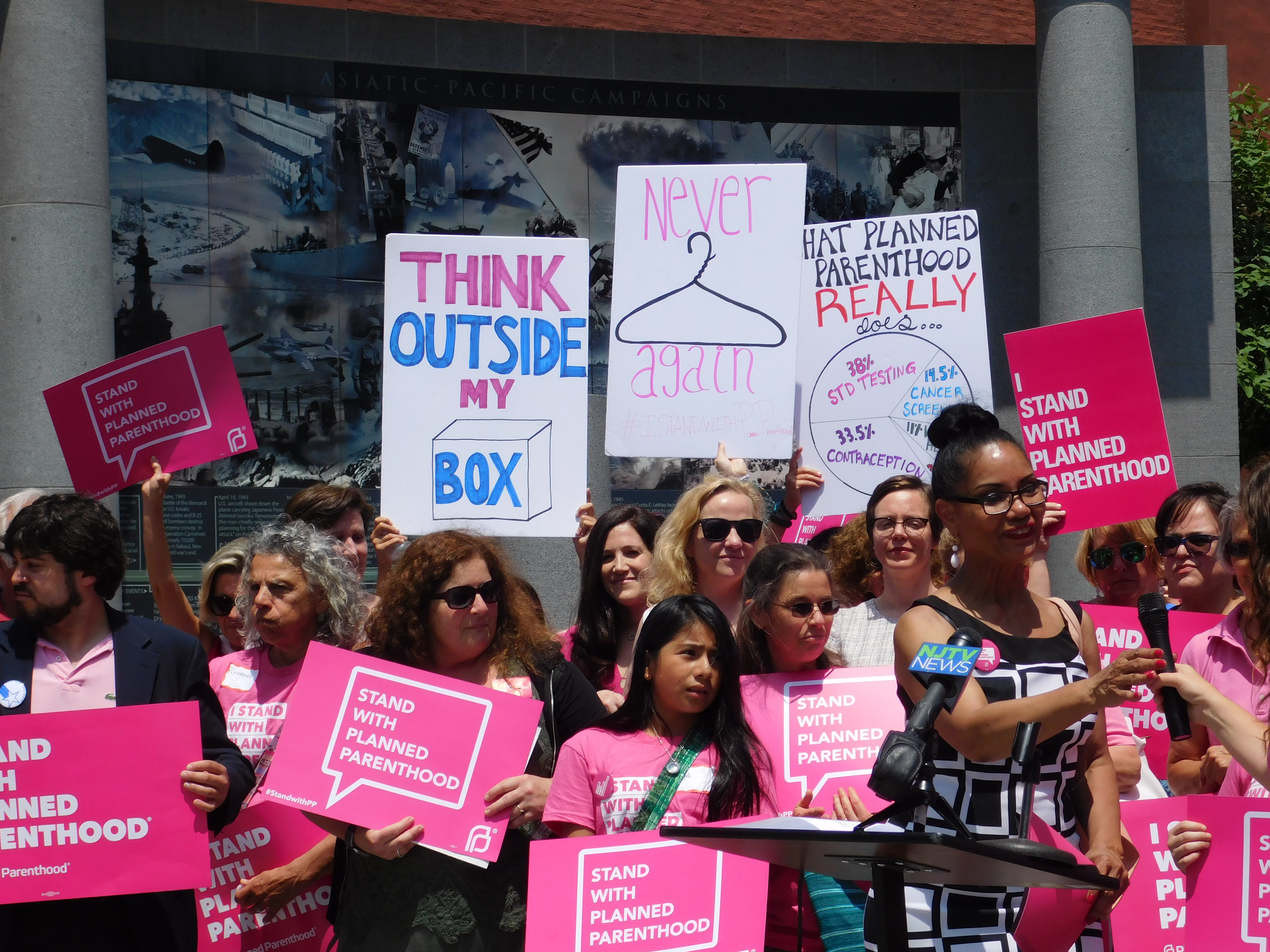 A rally outside of the NJ State House. Alyana Alfaro for Observer

The Democrats who control the Legislature have never been able to round up enough Republican votes to override Christie since he took office, but that won’t stop them from taking another shot soon.

Christie most recently vetoed a bill to restore the $7.5 million in July 2016, and lawmakers only have a couple of weeks left in the fiscal year to try to reverse him. Although Democrats control both chambers, they need a two-third majority to override the governor’s veto.

Senate President Steve Sweeney, Assembly Speaker Vincent Prieto, Senate Majority Leader Loretta Weinberg, Assembly Majority Leader Lou Greenwald and other lawmakers stood before a group of activists clad in hot pink as they called upon Republican members of the Legislature to join them in their push against the soon-to-be-gone governor. Christie’s term ends in January.

State funding to women’s health centers is federally matched. With uncertainty about federal funding sources due to an ongoing health care debate in Washington about whether and how to rewrite the Affordable Care Act, Prieto said providing state funding for Planned Parenthood and other organizations that provide services to low-income women was critical.

Weinberg (D-Bergen) has been trying to override Christie’s veto of the $7.5 million for family planning centers for years, calling the funding vital for women.

Sweeney — a supporter of the override in the state Senate — said that, even if Democrats are unsuccessful in this attempt, the measure will be quickly introduced to New Jersey’s next governor. Democratic nominee Phil Murphy has said he will support women’s health initiatives in the state. 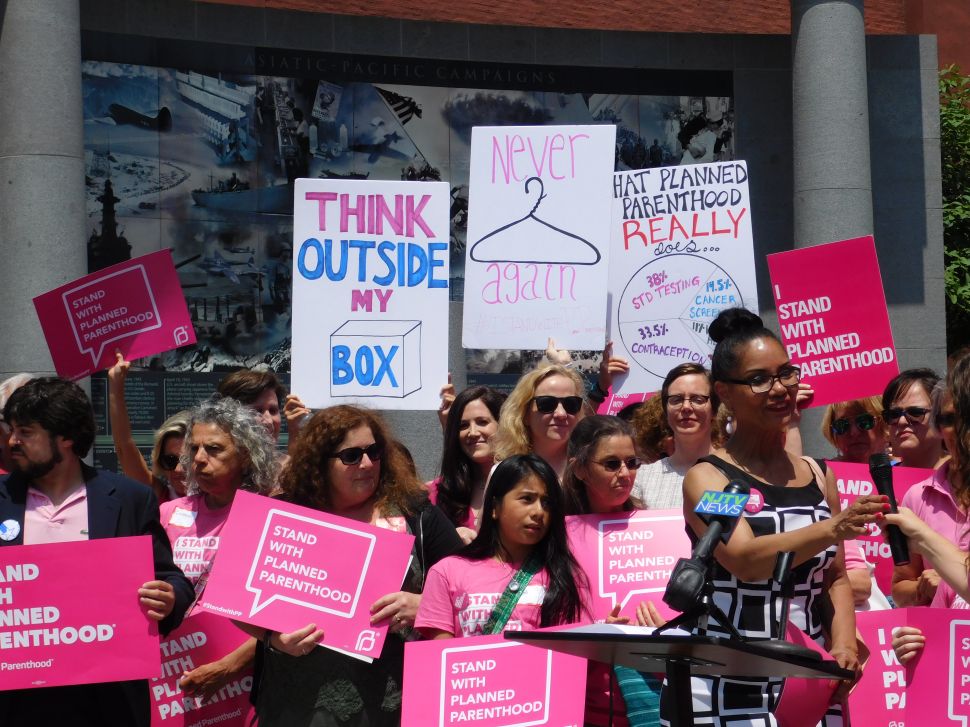