If all goes according to schedule, Gov. Chris Christie will be signing his last state budget by the end of the week. But it remains up in the air whether the governor will be able to fulfill his top priority this year: Getting the state to raid Horizon Blue Cross Blue Shield’s surplus.

A plan introduced last week by Sen. Joe Vitale (D-Middlesex) has divided Democrats, with Senate President Steve Sweeney on one side and Democratic gubernatorial nominee Phil Murphy and Assembly Speaker Vincent Prieto on the other.

Quote of the Day: “The people of New Jersey deserve a full and transparent discussion of all options to expand health care to all 9 million residents of our state, and that is a conversation I am eager to have.” – Phil Murphy

Murphy to Democrats: Leave Horizon Alone
In one of his first forays into legislative politics, Phil Murphy, the Democratic nominee for governor, called on lawmakers to lay off the insurance company and urged Democrats not to hand a “cheap political victory” to Gov. Chris Christie this week.
Salvador Rizzo, Observer Read more

Vitale Introduces Sweeping Horizon Bill
A Democratic proposal to restructure the state’s largest health insurer, Horizon Blue Cross Blue Shield, forcing it to spend down some of its surplus, has been introduced in the state Senate and could get a vote in that chamber next week.
Salvador Rizzo, Observer Read more

Pre-K Expansion Silent Partner in Dems Funding Scheme
The possibility of nearly $150 million in new aid for New Jersey schools may be stealing the political spotlight right now, but there’s another school item in the fiscal 2018 budget debates that could have bigger consequences.
John Mooney, NJSpotlight Read more

Rare G.O.P. Species Runs for New Jersey Governor: A Moderate
The Republican candidate for governor of New Jersey sat on a plush beige couch in the Republican mayor’s condo, surrounded by Republican county officials and politicians, and offered up her plan to stem what is perhaps the state’s most daunting challenge — its deepening property tax crisis.
New York Times Read more

Budget Stalemate Threatens 2018 Transportation Projects Worth $4 Billion
Gov. Chris Christie and lawmakers remained in a stalemate yesterday over the next state budget, moving another day closer to the date when the state constitution would require a government shutdown if no deal can be reached.
John Reitmeyer, NJSpotlight Read more

Bill barring ex-cons from seeking Board of Ed seats heads to governor
Gov. Chris Christie is expected to soon decide if a bill preventing people convicted of certain crimes from running in Board of Education elections will get his signature after the bipartisan legislation received final approval Thursday.
Suzanne Russell, Asbury Park Press Read more

Is NJ the best at curbing partisan gerrymandering?
While Republicans might be tiring of winning in elections for Congress across the country, it’s a different story in New Jersey.
Bob Jordan, Asbury Park Press Read more

Menendez Weighs in on ‘Devastating’ Senate Health Care Bill
U.S. Sen. Bob Menendez (D-NJ) is staunchly opposed to the bill Senate Republicans released on Thursday as part of the GOP effort to repeal and replace the Affordable Care Act; he claims that that the bill will “endanger American lives” if it is signed into law by President Donald Trump.
Alyana Alfaro, Observer Read more

As Democrats rail against Senate health bill, Rodney Frelinghuysen hasn’t seen it
Democrats railed Thursday against the Senate version of a health insurance overhaul, but one House Republican who was hoping the new bill would be a major improvement had little to say.
Herb Jackson and Lindy Washburn, The Record Read more

A sobering look at how property-tax relief dwindled under Christie
Just who’s been hitting the bottle in the mornings?
It’s certainly not moi.
Paul Mulshine, NJ.com Read more

As Lakewood grows, African-American population declines
For years, men with a proposition have been knocking on the door of the Intercessory Tabernacle of Lakewood.
Mark Di Ionno, NJ.com Read more

EDITORIAL: Christie overstepping on Horizon reform
Gov. Chris Christie vs. Horizon Blue Cross Blue Shield.
Not the most inspiring of contests, to be sure. There’s no underdog tale to be told, no celebration of greatness or plucky determination. If this was professional wrestling, it would be heel vs. heel — bad guy vs. bad guy — lacking anyone for whom to root.
Asbury Park Press Read more

Editorial: Why pay more than $200K to lock one kid up in a half-empty prison?
New Jersey’s youth prisons are operating at half capacity, spending a fortune and utterly failing at their core mission: rehabilitating kids so they don’t commit new crimes.
Star-Ledger Read more 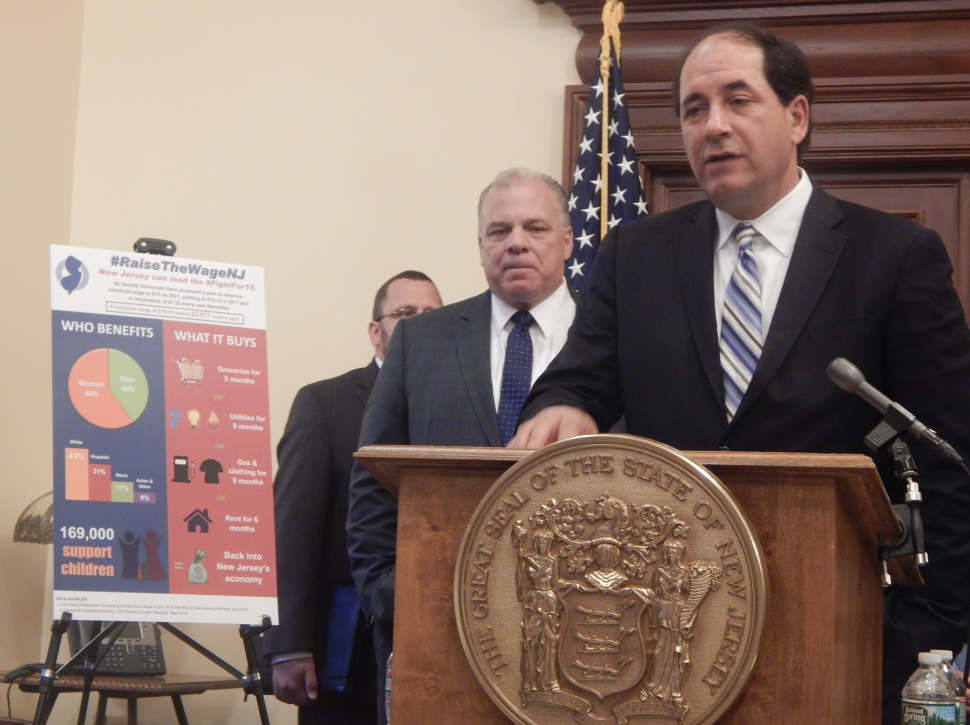