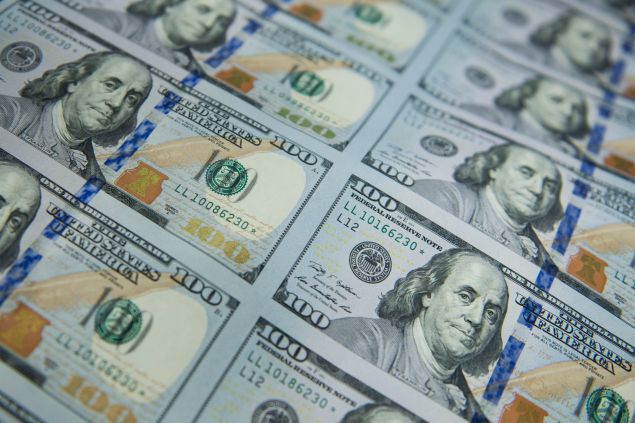 It’s that time of year when all the budget negotiations begin to happen in warp speed before the July 1 deadline. As first reported by Observer, Gov. Chris Christie met on Tuesday afternoon with Assembly Speaker Vincent Prieto and Senate President Steve Sweeney.

But no deal was reached. And Prieto called an emergency caucus meeting of Assembly Democrats for 10 a.m. today to follow up on Christie’s sticking points with the budget. Prieto and Sweeney want to provide $125 million in school funding above what Christie has proposed, and redistribute $46 million among some districts, but Christie has said he has concerns with their agreement.

We won’t have to wait long to see what the final spending plan for fiscal 2018 will look like, and the Assembly caucus meeting should provide a good read on where the budget is likely to end up.

Christie was also less than politic when asked to give his assessment of the state GOP’s new chairman, resorting to a Jersey version of damning with faint praise.

Quote of the Day: “I don’t know Michael Lavery, so I couldn’t tell you.” – Gov. Chris Christie on the new chairman of the state Republican Party.

How hard is it to get medical marijuana in N.J.? Ask the law’s sponsor
Midway through a five-hour hearing on legalizing marijuana Monday, Sen. Nicholas Scutari (D-Union) made a surprising admission.
NJ.com Read more

Christie Throws Shade at New State GOP Chairman
Gov. Chris Christie weighed in for the first time on the new chairman of the state Republican Party, and his assessment on Tuesday was less than flattering.
Salvador Rizzo, Observer Read more

Airbnb bill heads to governor’s desk; to provide millions in tax revenues to municipalities
A bill that would standardize taxes paid by those staying in short-term residential accommodations such as Airbnb was approved by the state Senate Monday and is heading to Gov. Chris Christie’s desk.
Tom Bergeron, NJBiz Read more

Jacob Weighing Another Run at Lance
Peter Jacob, the Democrat who lost to Rep. Leonard Lance (R-7) last year, is weighing another run for Congress in the 2018 midterms.
Alyana Alfaro, Observer Read more

From Tragic Death a Law to Safeguard People with Developmental Disabilities
After nearly five years of citizen advocacy and legislative review, New Jersey is one step away from mandating greater state oversight and transparency at myriad independent programs that serve tens of thousands of adults with serious developmental disabilities.
Lilo Stainton, NJSpotlight Read more

State Supreme Court: Agencies must provide info extracted from documents
A State Supreme Court ruling on Wednesday clarified the obligations of government agencies to provide information kept in electronic databases even when some work is required to extract it from a larger public document.
Abbott Koloff, The Record Read more

A Small Town That Wants More Attention From Trenton
Among the six thousand residents of Paulsboro, many feel neglected by politicians in Trenton. They hope that will change when a new governor is elected next November.
Newsworks Read more

New Jersey’s juvenile prisons have failed, and 2 should close, group says
Exactly 150 years after the New Jersey Training School for Boys opened its doors, a rally outside the prison will call for its closure, suggesting youth incarceration in New Jersey has not succeeded at rehabilitating the young minds that go through the system.
Dino Flammia, NJ101.5 Read more

At the U.S. Supreme Court, a Haddonfield lawyer’s free speech argument carries the day
A team led by Haddonfield lawyer John C. Connell has won a major free speech victory on behalf of an Asian-American rock band called The Slants — and for the rest of us, too.
Kevin Riordan, Inquirer Read more

Wayne councilman again says he will not resign
When the Township Council reconvenes Wednesday night, it will still have a full slate, as Councilman Richard Jasterzbski reiterated that he will not step down, even though seven of eight colleagues have asked for his resignation after vulgar comments he made that were recorded by multiple cellphones earlier this month.
Jessica Presinzano, The Record Read more

Millburn school district reacts to blackface incident
School officials are being low-keyed in their response to reports of a child posing in blackface during a school “wax museum” program.
Harry Trumbore, The Record Read more