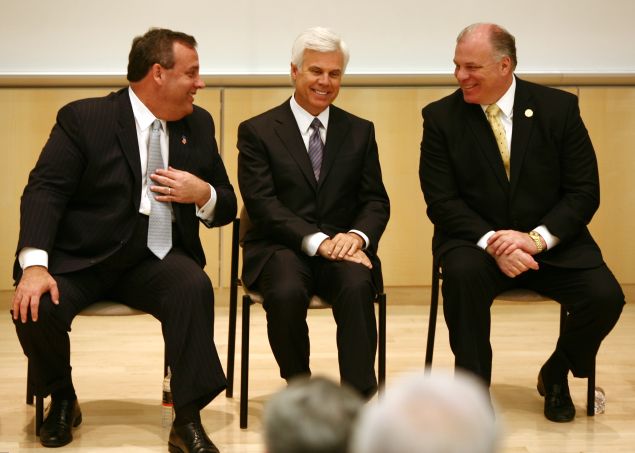 New Jersey Democrats’ secret weapon this year? Alec Baldwin. The actor and die-hard liberal helped a super PAC aligned with George Norcross pull in $5.1 million in a single night. In campaign terms, that’s a lot of cover for Democratic candidates all across the map, although the money may not find its way up north so much.

If you haven’t done so already, it’s a good time to bone up on the candidates in Tuesday’s gubernatorial primaries. Their TV ads are a starting point, and there are primers cropping up comparing them on various issues.

And Gov. Chris Christie has his thoughts, too.

Quote of the Day: “The only difference between Phil Murphy and Jon Corzine is Phil Murphy doesn’t have a beard.” – Gov. Chris Christie, on the two most recent Goldman Sachs gubernatorial candidates.

NJ Gov Race: A Field Guide to the All the TV Ads
A last-minute barrage of TV ads featuring this year’s crop of gubernatorial candidates is taking over the airwaves, as Democrats and Republicans make their closing arguments to the primary voters headed to the polls on Tuesday.
Alyana Alfaro, Observer Read more

Christie Calls Murphy a Fraud Several Times
Gov. Chris Christie went on a 10-minute tirade against the Democratic front-runner in the governor’s race, Phil Murphy, calling him a “fraud” with no experience who “bought the nomination” and was just another Jon Corzine, except “he doesn’t have a beard.”
Salvador Rizzo, Observer Read more

Murphy Collects NJ Citizen Action Endorsement
With five days to go before the gubernatorial primaries, one of the largest and oldest advocacy groups in New Jersey threw its support behind Phil Murphy, the front-runner in the Democratic race.
Alyana Alfaro, Observer Read more

Christie lawyer could replace Comey at FBI
Another person with ties to Gov. Chris Christie and the George Washington Bridge lane-closure scandal could end up in the Trump administration.
Dustin Racioppi, The Record Read more

Threat of “wild card” could upend primary
If Tuesday’s primary race for governor follows the decades-old patterns of New Jersey campaign politics, the outcome will be predictable.
Charles Stile, The Record Read more

Mystery Spender on NJ Races Again Shows Need for More Disclosure
The active participation of Stronger Foundations Inc. in the Republican primaries in the 24th and 26th legislative districts is a fresh example of why legislation needs to be enacted to require registration and disclosure by independent groups.
Jeff Brindle Read more

NJ Reacts to Trump’s Decision to Pull Out of Paris Climate Agreement
President Trump announced Thursday that the United States will withdraw from the Paris climate accord of 2016, making it the largest and most influential country not to participate in the international agreement aimed at mitigating climate change.
Alyana Alfaro, Observer Read more

N.J.’s raging school funding debate: What your next governor would do
Gov. Chris Christie once took a hard line when it comes to the way the state funds its public schools: Spend the same amount — $6,599 — per pupil in every district. He promised it would lower property taxes, but opponents say it would decimate urban schools that lean on the state for support.
Matt Arco, NJ.com Read more

NJ racetrack slots: Do they need voter approval?
Under the state Constitution, new forms of gambling are prohibited unless they have been approved in a statewide referendum, but lawmakers disagree on whether the prohibition should apply to slot-like “historical” racing machines eyed for racetracks.
Bob Jordan, Asbury Park Press Read more

Trump to return to N.J. for another weekend at golf club
President Donald Trump is expected to return to his New Jersey golf club in Bedminster later this month, according to a Federal Aviation Administration advisory.
Samantha Marcus, NJ.com Read more

Move to raise age for N.J. tobacco sales to 21 gains momentum again
A state Assembly panel voted Thursday to raise the age for tobacco product purchases in New Jersey from 19 to 21, a move that will cost the state nearly $16 million in tax revenue.
Susan K. Livio, NJ.com Read more

Ocean freeholders to send $9.3M to hard-hit Sandy towns
Checks will soon be going out in the mail to 17 municipalities in Ocean County that participated in the county government’s cleanup after superstorm Sandy, more than four years ago.
Asbury Park Press Read more

EDITORIAL: Slumlord crackdown long overdue
“Renter Hell” in New Jersey isn’t fake news. It is a very real, widely demoralizing problem leaving countless thousands of families living in needless squalor all across the state, with little power to overcome it. We’re talking genuinely deplorable conditions — rodent infestations, mold, a lack of heat — that should frankly embarrass the communities in which such woefully deficient housing can be found.
Asbury Park Press Read more

Christie’s Jersey-guy act: Get the hell off the fruity beer, governor
The other day a friend of mine forwarded me a photo of the governor sitting at a bar in Point Pleasant Beach just after Hurricane Irene in 2011.
Paul Mulshine, NJ.com Read more 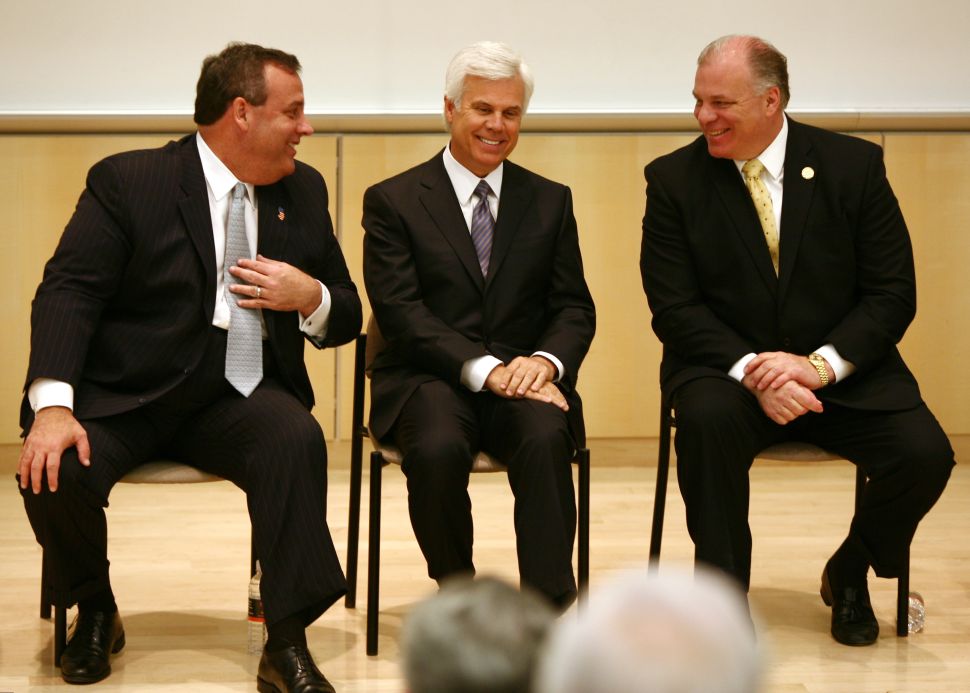