In 2014, 12-year-old Tamir Rice was playing with BB gun in an Cleveland, Ohio park when he was shot dead by a police officer who mistook his toy gun for a real firearm. On Thursday, the Assembly took a step toward ensuring that the same fate does not befall children in New Jersey when they voted to advance legislation that would ban the sale of realistic toy guns in the state.

“The death of Tamir Rice was a tragic wake-up that realistic looking toy guns can prove just as great of a threat as a real one,” said bill co-sponsor Assemblywoman Angela McKnight (D-Hudson). “For the sake of children in all of our communities, we need to eliminate any ambiguities that could threaten their safety.”

If enacted, New Jersey’s legislation would require toy firearms to meet certain criteria. Toy guns could no longer be be black, blue, silver or aluminum in color, must be marked with an orange strip that runs the entire length of each side of the toy gun’s barrel and meet certain dimension criteria, an expansion of federal regulations that only require an orange tip on toy guns. According to sponsors, those criteria will help law enforcement officers make accurate determinations about the authenticity of a firearm and will potentially save lives.

“Unfortunately, when a law enforcement officer is called to a scene and has to make a split-second decision, it can be difficult to differentiate between a real weapon and an imitation,” said bill co-sponsor Assemblywoman Sheila Oliver in a statement. “If the officer is wrong in assuming that a toy is a real weapon, it can result in tragedy for a child at play. If the officer hesitates, believing that a real weapon is a toy, it can result in tragedy for the officer. By putting restrictions on the sale of replica weapons, we can get to the root of this disturbing problem.”

The legislation was approved with 57 yes votes, 16 no votes, and three abstentions. It will now move to the state Senate for consideration and, if passed, will go to the governor’s desk. While the legislation targets only toy guns, Gov. Chris Christie has been hesitant to sign legislation relating to gun control in the past.

If passed, New Jersey will join a number of states including New York and who have already enacted similar bans on realistic toy weapons. 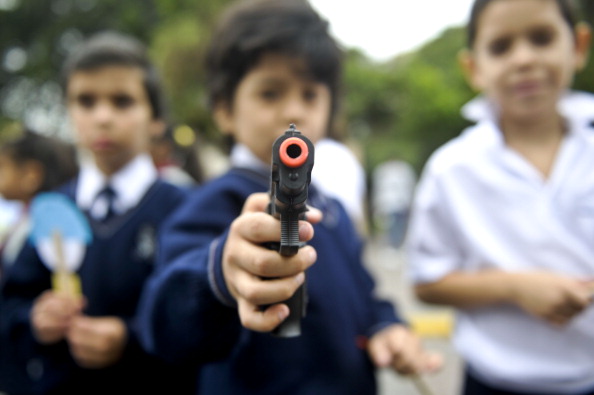