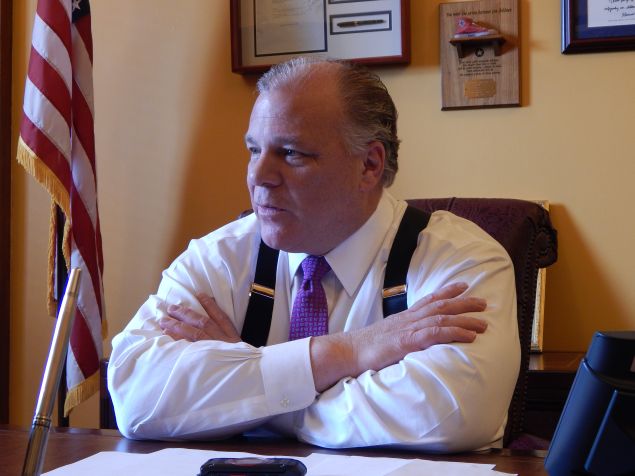 The New Jersey Education Association’s political action committee voted unanimously on Friday to endorse Fran Grenier, the chairman of the Salem County Republican Party, for the state Senate seat in the 3rd District.

“I’m excited to receive the support of the NJEA, and I’m working hard to put together a broad coalition of support,” Grenier said in a statement to Observer.

“This election is about the fact that Steve Sweeney has failed South Jersey. He failed public union workers by not supporting the pension system, he failed middle class families by supporting the gas tax, and he failed local economic growth with his North Jersey pandering.”

Sweeney, a union ironworker, has held the South Jersey seat since 2002. Should he win re-election, he already has the caucus votes to remain Senate president in the new legislative session. But first, he will face a unique challenge in November, with attacks coming from the right and left in a district that went for President Trump last year.

State campaign finance records show that as of early May, the union’s 527 group, Garden State Forward, had spent $317,800 on digital ads and mailers lambasting Sweeney as a pay-to-play Democrat in bed with Gov. Chris Christie.

The group then reported spending an additional $310,000 statewide two weeks later, which likely included even more anti-Sweeney buys since no other political campaign has surfaced from the 527 group. In each spending tranche last month, Garden State Forward paid much of the money to the same two firms. 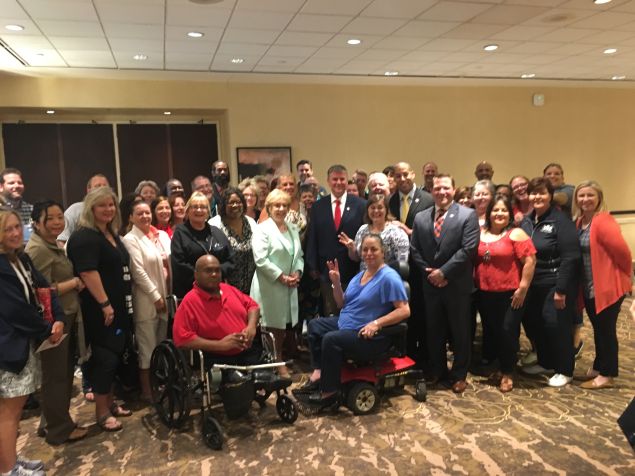 It’s rare for the NJEA to endorse any Republican, but the union is on a dogged mission to expel Sweeney this year and officials say they will stop at nothing.

“Fran Grenier doesn’t owe his allegiance to party bosses, so he will be free to represent the interests of voters in the district,” NJEA President Wendell Steinhauer said in a statement Saturday morning, swiping at Sweeney.

The long and toxic political divorce between two of the most powerful forces in Trenton reached a point of no return last year, when Sweeney pulled a proposed constitutional amendment to guarantee pension funding, which he had promised to get through the Legislature and in front of voters. The state could not afford it, Sweeney said in the end, because Democrats had just cut a deal with Christie to reduce some taxes in exchange for a hike in the gas tax to pay for transportation upgrades.

New Jersey’s public-worker unions were irate. The NJEA, which represents 200,000 educators and school workers, has the biggest stake in solving New Jersey’s pension crisis because the fund for its members, the Teachers’ Pension and Annuity Fund, is in the deepest financial mess of all.

Sweeney accused union leaders of trying to bribe him to get the measure passed in the Senate, but the NJEA denied his accusations and officials said they had a right to pull financial support from politicians who did not share their policy positions.

Still, Grenier would seem to be an odd choice for the reliably liberal NJEA. He supports Trump, opposes the Abbott v. Burke line of cases from the New Jersey Supreme Court that have ensured a steady stream of funding for schools in the state budget for decades, and backed a now-aborted plan by Christie to flatten state education aid at $6,599 per student. Steinhauer called that plan “despicable” and said it would result in “a huge step backward to the days when poor families in economically challenged communities were left to fend for themselves.”

Grenier, however, is a former union worker at the Salem PSE&G power plant. His wife is a teacher. And the bottom line is that he’s the only shot the NJEA has. The union did not field a primary challenger in Sweeney’s race and seems unlikely to be able to peel off enough caucus votes (or any) to wrest the Senate presidency from him next year.

Sweeney does not lack for campaign cash. He is one of the most powerful and well-connected politicians in South Jersey and a close friend of power broker George Norcross, who just held a fundraiser with Alec Baldwin that pulled in a record $5.1 million. That money is destined for Democrats in this year’s state legislative races.

Sweeney had $834,000 in his campaign account as of May 26, state records show. He has a PAC supporting him, too: New Jerseyans for a Better Tomorrow. It had $966,000 in the bank as of May 26, according to its most recent regulatory filing.

Correction and update (June 3): Grenier was a member of IBEW Local 94 from 1995 to 2005. But he is not currently a union worker at a power plant as this story previously said. This story has been updated with a photo from an NJEA event with Grenier on Saturday morning and comments from the union’s president.