Last week, the CIA, FBI and NSA were all issued subpoenas for information regarding the “unmasking” of American citizens caught up in foreign surveillance. Unmasking is the term used in the intelligence community for revealing the name of an American citizen in an intelligence report when that person’s communications are intercepted during foreign surveillance. While unmasking seems to be the main concern of the House Intelligence Committee-issued subpoenas, the larger issue remains that Americans are being caught up in dragnet-style surveillance in the first place.

The subpoenas reportedly focused on potential unmasking of Americans by former Obama administration officials, including former CIA Director John Brennan, former National Security Adviser Susan Rice, and former UN Ambassador Samantha Power. President Donald Trump rightly took to Twitter last Thursday to decry the “unmasking and surveillance of people that took place during the Obama administration.” But if the commander in chief is truly concerned about unmasking, first he needs to tackle the larger problem of mass surveillance and particularly the root cause of these ills—Section 702 of the Foreign Intelligence Surveillance Act (FISA).

During a Senate Intelligence Committee hearing on Wednesday, intelligence officials including NSA Director Mike Rogers and Director of National Intelligence Dan Coats, continually downplayed issues of unmasking and inadvertent collection of Americans’ communications under Section 702. Amid bipartisan grilling from the likes of Sen. Ron Wyden and Sen. Marco Rubio, the officials defended Section 702 and said it vital to national security.

However, it has inadvertently swooped up the communications of thousands of Americans in the process—without a warrant. A 2014 investigation by The Washington Post found that nine out of 10 internet users who have had their data collected under Section 702 were “ordinary” internet users and not actual surveillance targets. This can happen to people who communicate with a suspected target or to someone who just happened to visit the same chatroom as a target.

According to the FISA Court—the secretive seven-judge panel charged with conducting oversight of NSA surveillance—around 56,000 Americans per year have their communications accidentally vacuumed up in this process. In 2011, when the court determined this policy violated Americans’ Fourth Amendment rights, the NSA simply moved communications that involved Americans to a separate database.

Unlike surveillance techniques that focus strictly on the collection of metadata, Section 702 actually collects the content of communications and allows NSA officials to search for keywords. That means Americans’ most intimate conversations are susceptible to being intercepted. The Washington Post investigation found medical records, financial records, and calls for sexual partners among the files of non-targets that were collected.

This type of surveillance is inherently abusive. Even when inadvertent, the collection of Americans’ communications can be and has been used by bad actors in the surveillance community or hackers to target political opponents.

Since the founding of the Bureau of Investigation (the predecessor to the FBI), the American surveillance apparatus as we know it has been a political tool. Woodrow Wilson used the Bureau, in combination with the Espionage Act, to crack down on political dissenters during World War I. Franklin Roosevelt surveilled suspected communists and fascists. Harry Truman created the NSA in 1952 and it wasn’t until 20 years later that the Supreme Court decided the Fourth Amendment even applied to surveillance. Richard Nixon used the CIA to target anti-war protesters during the Vietnam War. Presidents from Wilson to Obama have all used the surveillance state to implement political norms and quell unpopular views. That type of political targeting both violates the Fourth Amendment and chills political dissent. While these types of surveillance are overtly domestic, the modern foreign surveillance state can be abused much the same.

While Trump is late to the game on the issue of surveillance—much of this information has been publicly known since 2013 and hinted at for years before—he is at least sounding the alarm on an issue that has largely been ignored by previous presidents. However, his interest in the topic seems to have more to do with his ego than any serious concern for civil liberties. After all, this is the same president who in the past clamored for the surveillance of mosques and called Edward Snowden a “threat”and “traitor” who should be killed.

Trump’s sudden concern about surveillance most likely stems from his poor relationship with the intelligence community. The president is in the midst of a rough-and-tumble battle with those agencies over the ongoing investigation into his supposed ties to Russia. Earlier in the year, he raised eyebrows when claiming that the Obama administration wiretapped Trump Tower, but his recent tweet is the first time he’s made mention of the surveillance of people not named Trump.

Regardless of the tweet’s motivations, hopefully it can can reignite a much-needed discussion about this critical issue. Section 702 will sunset on December 31 unless Congress votes to renew it. Trump, if he is truly concerned about this issue, should use his bully pulpit to urge members of Congress to let Section 702 expire when the year comes to a close. 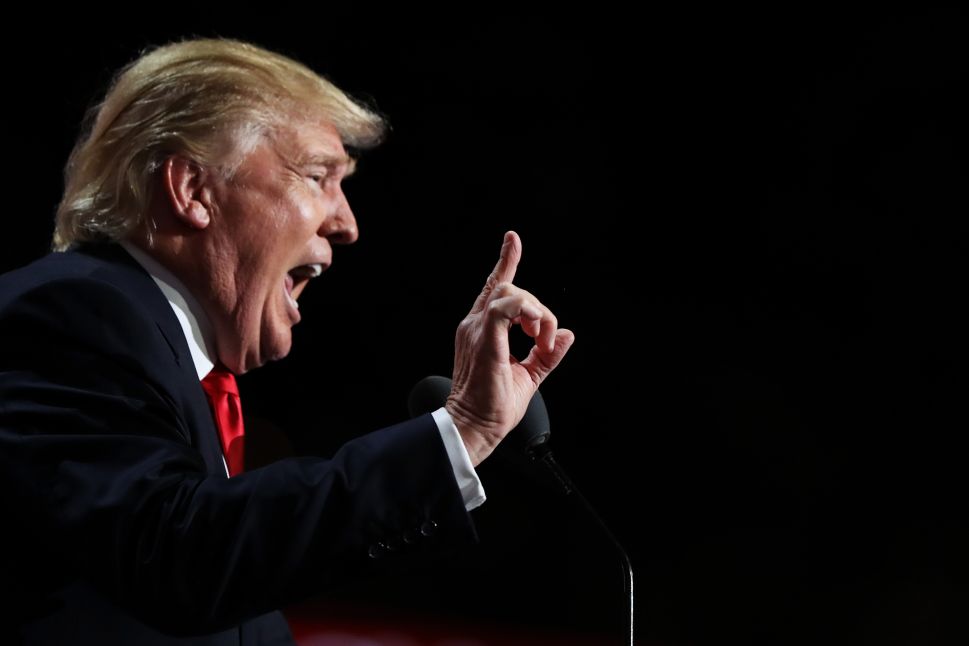