The next phase of Mayor Bill de Blasio’s effort to direct 30 percent of city contract dollars to so-called “minority- and women-owned business enterprises” is trucking right along.

The city—acting through the Department of Citywide Administrative Services and its Office of Citywide Fleet Management—issued a Request for Information today that is looking to gather insights from the truck manufacturing industry on how to make it easier for companies belonging to nonwhite and female owners to get a piece of the market. The RFI, the agency said, will help the city get a better understanding of the experiences and struggles of MWBE vendors in the sector and look at ways in which the City Fleet can adequately develop future procurements—getting or buying goods and services—in a way that mitigates roadblocks that make it harder for MWBE vendors to enter the market.

“NYC operates the largest municipal fleet in the country with over 30,000 units,” DCAS Commissioner Lisette Camilo said. “Through this RFI, our aim is to open up fleet contracts to new bidders including reaching out to minority and women businesses as part of our growing MWBE initiative.”

The city issued the RFI today and is holding an informational session via the Internet to address its truck and specialized equipment procurement goals and how it expects to meet those goals on July 12. Responses are due on August 23.

It is seeking responses from all vendors involved in the trucking and equipment sector, along with responses that can draw attention to the possible use of alternative fuels for these vehicles.

The City Fleet operates 4,847 medium duty trucks—7,229 heavy duty units and 4,812 off-road and specialized vehicles, according to DCAS. From fiscal year 2013 to fiscal year 2016, the agency invested $1.2 billion to purchase various types of vehicles, trucks, machines and equipment—a level of funding the city says it anticipates it will be able to maintain.

“DCAS spends over $200 million annually in the procurement of trucks and specialized equipment for all city agencies,” Keith Kerman, New York City’s Chief Fleet Officer, said. “We are excited about the potential of this RFI to expand the marketplace to include MWBE vendors.”

The RFI requests information about any obstacles that MWBE vendors believe they are facing that are keeping them from entering the city’s municipal truck fleet procurements—and whether there are any impediments that MWBEs deal with exclusively in this procurement sector, according to a copy of the RFI provided to the Observer.

It also asks about challenges trucking vendors have faced in the past when attempting to participate in City Fleet procurement, the challenges that come with navigating the mechanics of the city procurement process and what solutions can be pursued. And it asks about the types and number of vehicles, machines and equipment a proposer could furnish under the scope of the RFI and people’s experience with other municipal fleet services.

It also asks about hindrances that prevent the industry from maintaining appropriate warranties—an agreement rooted in a promise to repair or replace a particular article or item within a certain period of time—and offering sound parts and service delivery to the New York City region.

“The city encourages all potential vendors in this sector to participate in this RFI including responses from MWBE vendors in the trucking and specialized equipment sectors,” the RFI states.

The city recently announced that it now has 5,000 city-certified MWBEs—an increase of 500 since the mayor announced a new vision for the MWBE program last year. The mayor aims to raise the number of MWBEs certified by the Department of Small Business Services to 9,000 by 2019.

Both Comptroller Scott Stringer and Black Institute founder Bertha Lewis, who have been staunch critics of the city’s performance, have said certification does not guarantee that MWBEs will receive contracts—though Stringer initially just praised the latest development and only offered the critique at an MWBE roundtable in Flushing, Queens last week. 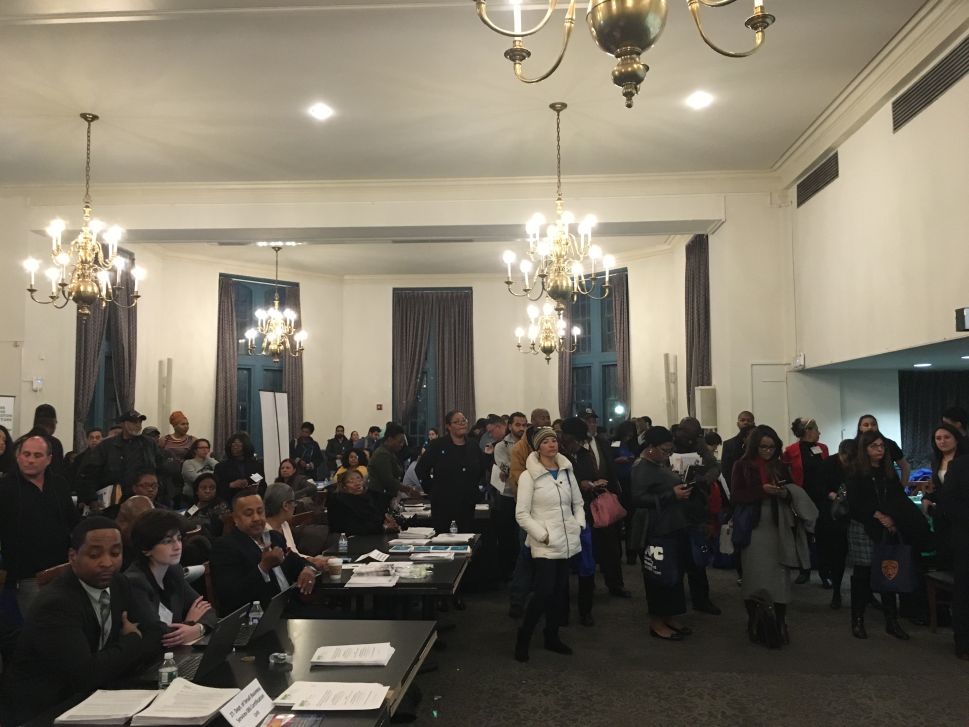