City Comptroller Scott Stringer will launch a new task force in his office’s Bureau of Asset Management to find ways to allocate more the vast reserves of money his office controls to companies with greater racial and gender diversity.

Staffers in the working group will come up with ideas on how to bring on more women and people of color in the comptroller’s own staff, to recruit more female and minority contractors for providing supplies to city agencies and to hire more diverse investment managers to handle the city’s huge pension system. The comptroller argued that this would not interfere with his office’s mission of hiring the best performers and lowest bidders—and in fact could only help.

“Diversity isn’t a box to be checked—it’s a strategy for economic success,” Stringer said in a statement. “Diverse perspectives matter, and companies that embrace that ethos perform better.”

The comptroller said that the group will expand upon on his work over the last three years to increase investments in so-called “minority- and women-owned business enterprises” and to push money managers to diversify their companies. Stringer said that over the three-year period, he increased the amount invested with MWBE managers to $12 billion—a 25 percent increase since 2013.

During that time period, he said, private equity investments with MWBE managers grew from 14 percent to 20 percent and MWBE-managed Opportunistic Fixed Income Investments increased from 0 percent to 6 percent. He reported that his office had boosted the number of investments with minority and female-run hedge funds from zero percent to 13 percent—even though 97 percent of hedge funds are owned by white men.

Stringer said the city’s pension funds became the first public retirement system to ask every investment manager for the diversity of their leadership and investment team, and use that as a criteria in contracting. He also said that he formulated goals for all public equity and public fixed income investment managers and increased outreach to them to use MWBE brokers—firms that actually make the trades—20 percent to 25 percent of the time.

The Boardroom Accountability Project began as a campaign to give shareholders a voice in deciding who sits on a company’s board—a reform known as “proxy access.”

In the last three years, he said, the number of companies with “proxy access” has spiked from six to more than 400. He also noted that 17 companies that were deemed to have little or no board diversity have added a woman or a person of color.

“Today, we’re doubling down on that model, and we’re working to ensure the firms we work with and those who invest our pension dollars reflect the extraordinary diversity of New York,” Stringer said.

In October 2016, the comptroller gave the city a D+ on MWBE spending for the second year in a row in his annual report card—and said only 5.3 percent of $14 billion the city spent on goods and services went to MWBEs. Deputy Mayor of Strategic Initiatives Richard Buery, who was appointed as the city’s MWBE director in September, has disputed those numbers.

But Stringer praised the city for its recent announcement that it now has 5,000 certified MWBEs—on track to meet its goal of 9,000 certified by the Department of Small Business Services by 2019— calling it a “step in the right direction.” 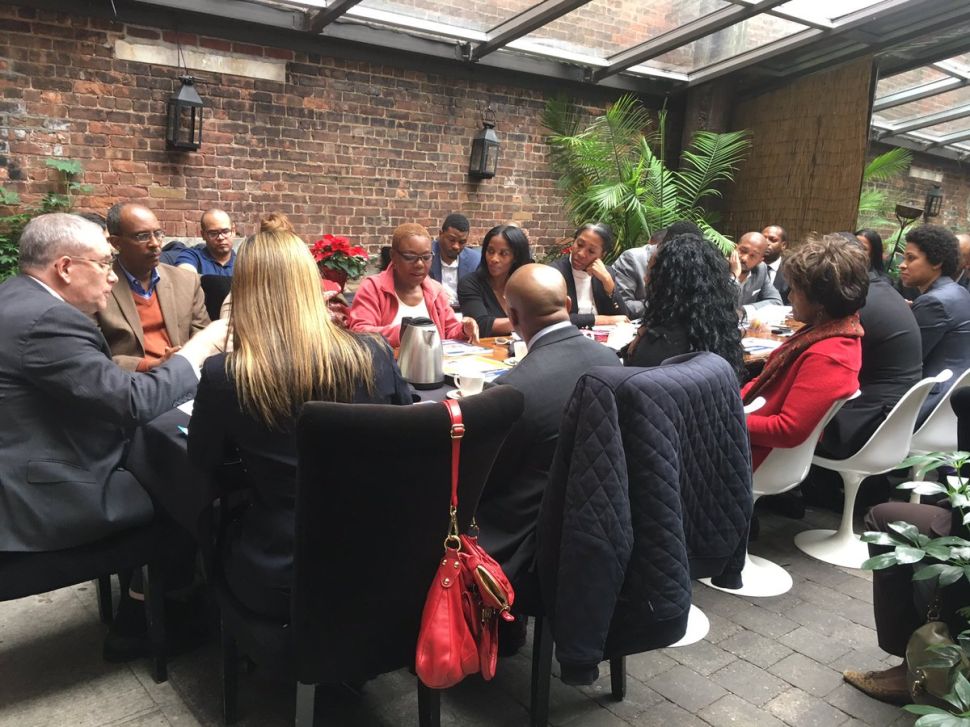