An enviable double date would certainly consist of Beyoncé and Jay Z paired with President Obama and Michelle Obama, who have all been spotted together in the past (simply add the always viral Justin Trudeau or ice cream aficionado Joe Biden and their significant others if you’re looking for even more of a bromance). But it’s unclear if Jay and Obama will be getting together anytime soon, now that the former prez has potentially revealed the gender of Beyoncé’s twins.

Now that Beyoncé’s new babies are expected to arrive in the near future (after all, she cancelled her Coachella performance long ago, if that’s how you want to tell twin time), some think President Obama might have given away some pertinent details in an online address. In a video where the oft-vacationing retiree gave a speech celebrating Jay Z’s induction into the Songwriters Hall of Fame, the former President called Jay Z “a friend of mine” and went on to describe their relationship over the years.

“I like to think Mr. Carter and I understand each other,” Obama announced, citing their similarities, including not having a father figure growing up. Obama also said he’s been listening to Jay for years and determines he’s the only one to have played Jay Z in the Oval Office, especially when he needed to brush off his shoulders. And he also confirms that he knows both men have wives who are far more popular than they are. But the final disclosure was about Jay’s role as a family man.

“Jay and I are also fools for our daughters, although he’s going to have me beat once those two twins show up,” Obama declared.

Of course, this is a shocking leak, especially since it’s more than likely Beyoncé has been planning a dramatic disclosure involving an elaborate Instagram photoshoot with plenty of gold and goddess imagery. As the the reigning Queen of Instagram (sincere apologies to Selena Gomez and her 135 million followers), her posts are worth $1 million a pop.

But if you have to be scooped, a former President is certainly the person you want to beat you to it. It’s far more on-brand than a cake cutting gender reveal photoshoot. If only all four of them could have posed for the Insta-reveal, with the twins in tow, it would have most definitely been the most liked photo of all time, even beating Beyoncé’s first pregnancy shot. 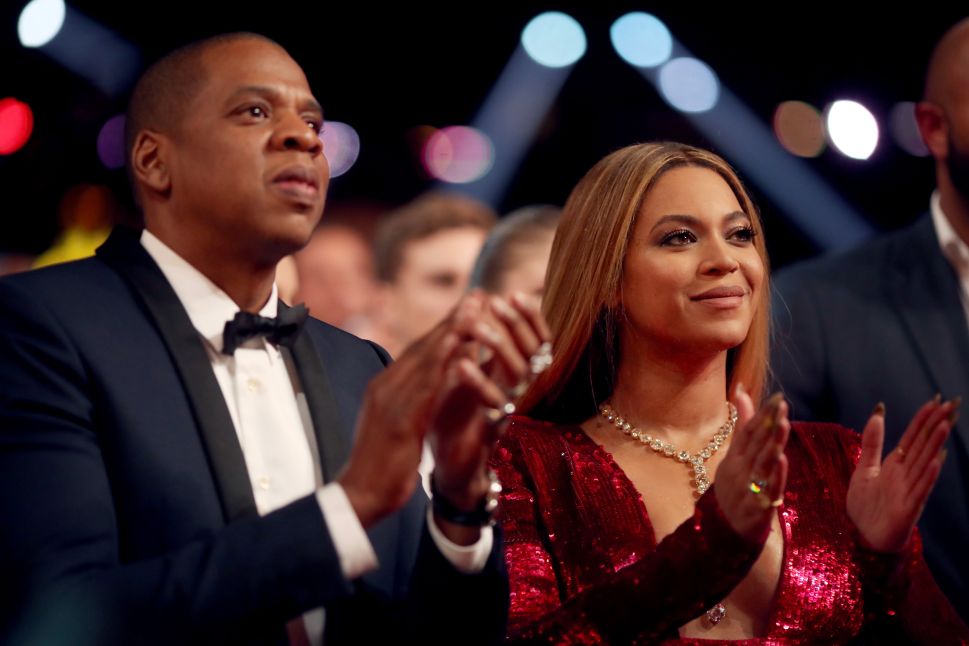