Peter Jacob, the Democrat who lost to Rep. Leonard Lance (R-7) last year, is weighing another run for Congress in the 2018 midterms.

A social worker who aligned himself with U.S. Sen. Bernie Sanders in the presidential race, Jacob announced Tuesday that he’s forming an exploratory committee.

Democrats see the district as a potential pickup next year. But Lance has been working overtime on retail politics, holding four town halls since January, and has been distancing himself from President Trump on a range of issues.

Lance won the 2016 race with 54 percent of the vote to Jacob’s 43 percent, a victory margin of 38,000 votes during an election in which Trump lost the district narrowly to Hillary Clinton. But Jacob said his increased name recognition and an energized Democratic base could give him the edge in 2018.

“We had the strongest campaign against Congressman Lance with nearly 45 percent of the vote, better than any candidate has done in the last decade,” Jacob said in an interview Tuesday. “People are tired of Leonard Lance.”

“Whether it’s his dauntless commitment to balancing the federal budget or working to promote energy independence as a member of the House Energy and Commerce Committee, Congressman Lance has a proven record of getting results for the 7th District,” said Chris Martin, a spokesman for the National Republican Congressional Committee. “We are confident that successful record will be rewarded by voters in 2018.”

A number of Democrats are lining up to challenge Lance. But unlike the Democrats seeking to challenge Reps. Rodney Frelinghuysen (R-11) and Tom MacArthur (R-3) next year, those in the 7th District will have a harder time making the race a referendum on the unpopular Republican health care plan to rewrite Obamacare. Lance voted against the American Health Care Act last month.

Former criminal defense lawyer Lisa Mandelblatt, Berkeley Heights bank executive Linda Weber and Scotch Plains lawyer Scott Salmon have also announced intentions to seek the Democratic nomination to challenge Lance. Jacob’s campaign said he has a big advantage over them: an endorsement from Our Revolution, the political organization that formed from the remnants of Sanders’s presidential campaign to continue the senator’s agenda. Jacob also got endorsements last year from the Democratic committees in all six counties that make up the North Jersey district.

“One of the struggles in 2016 was going out into towns and counties where there is not a Democratic elected official in sight,” Jacob added. “My mission since then has been to build and support the Democratic Party.”

The Cook Political Report earlier this year shifted the 7th District from “likely Republican” to “lean Republican,” partially due to a damaged Republican brand in the state and the unpopularity of the House GOP rewrite of Obamacare. While Lance did not support the bill due to its cuts to Medicaid, Cook said he could be damaged just for being the Republican standard-bearer. 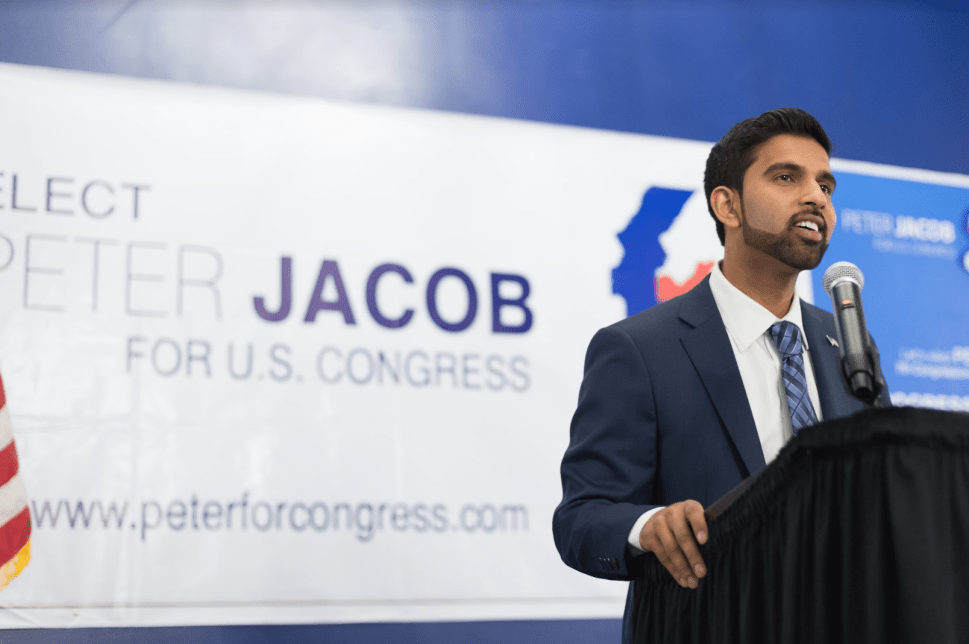