Planned Parenthood is routinely targeted by conservative lawmakers and anti-abortion groups. Gov. Chris Christie has cut $7.45 million in state budget funds that had been designated for the group in 2010. And Republicans in Congress tried to slash funds for the group this year but were ultimately not successful.

The poll results indicated that such cuts do not sit well with Garden State voters. They favor funding the organization, especially when informed that no federal funding goes directly toward abortion services. The poll found that 30 percent of Republican voters in New Jersey held a favorable view of the organization. A majority of voters are also aware that the organization provides other women’s health services including cancer screenings.

Sixteen percent of those surveyed said that no federal funding should go to Planned Parenthood.

“Opinions about coverage requirements, funding for low-income women, and of Planned Parenthood moreover often cut across partisan lines in New Jersey, with support spanning a wide range of demographics,” said Ashley Koning, director of the Eagleton Center for Public Interest Polling at Rutgers.

Rutgers-Eagleton surveyed 605 registered voters from May 18 to May 23, with a margin of error of plus-minus 4.9 percentage points. The poll was done in partnership with the New Jersey Health Care Quality Institute.

“We wanted to gauge the views of New Jersey voters to see how they value these reproductive  health services — what services people should have access to and who should pay for those  services,” said Linda Schwimmer, the institute’s president and chief executive.

“The Christie-Guadagno cuts to Planned Parenthood and women’s health have had a real and negative impact on countless women across the state, leaving many without basic care,” Murphy adviser Julie Roginsky said in a statement. “More than ever, New Jersey needs a governor who will take women’s health seriously, and who will once again make it a priority and deliver the critical funding New Jersey’s women need.”

After an unrelated press conference last week, Guadagno told reporters that it was “a little far-fetched, even for politics” that Murphy would call himself a stronger supporter of women’s rights than she was.

Guadagno said that she does not believe tax dollars should fund abortions and that if Planned Parenthood could provide information about its funding, she would be open to a “robust” conversation about New Jersey’s budget funds. The Hyde amendment adopted by Congress bars federal funds from being used for abortion services since 1976 but allows organizations who receive federal funding through programs like Medicaid to continue providing abortion services. 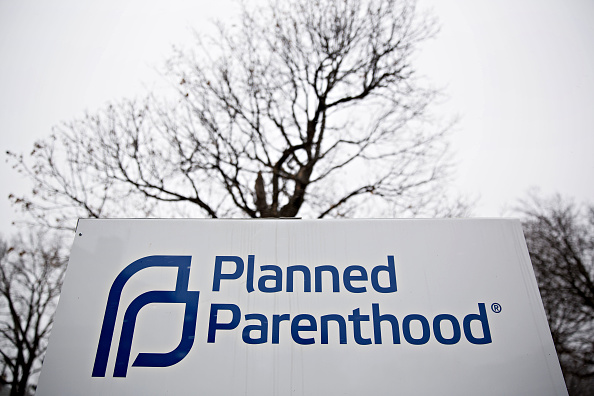