At the heart of HBO’s The Wizard of Lies is a simple, old story, about a powerful and adored old man forgetting the point of power and adoration.  The movie portrays the fall of Bernie Madoff (Robert De Niro), and the subsequent destruction of his family and all the people who trusted his business.  Throughout the film, Madoff is shown to be an outwardly loving but privately abusive husband, father, brother, and grandfather.  And while the intensely lavish life Bernie creates for his family please them for a long time, it is clear that, by the end, he has mistaken their pleasure for their fulfillment, ultimately trading their lives (and thousands more) for his own.

It’s this trading of his family’s chance to lead meaningful lives to create his own fulfillment that is so disturbing to see, although not particularly surprising.  Like I said, this is an old story – the last dig in Plato’s surprisingly catty Republic is Socrates making fun of a king who eats his own children in an attempt to prolong his rule.  The kinds of people who rise to the very top of power are often the sorts of people who forget that power is most secure when the people you wield it over don’t notice it, or even appreciate it.  Perhaps that’s because they themselves are insecure.

To be a little more specific here, for all of the lustre and bluster of his life, Bernie comes off as exceptionally fragile in this movie.  One particularly telling scene towards the end of the movie focuses on Bernie unapologetically brow-beating his granddaughter in front of her family at the dinner table, completing the two-for-one of shaming her for daring to question him while also asserting his dominance over her father/his son.  But for all the power of that isolated moment, the real smoking gun of his insecurity lies in his alignment with his fellow con-artist and employee, Frank Dipascali (Hank Azaria).

The movie goes out of its way to show how closely identified Bernie is with Frank, at one point giving the latter a nearly 5-minute monologue comparing the different kinds of women he’d like to cheat on his wife with to sports cars.  Madoff’s sons, Mark (Alessandro Nivola) and Andrew (Nathan Darrow), see this go down and complain to their father, saying that Frank is too crass to be such a key member of the organization.  Bernie quickly shuts them down, praising Frank and shaming his sons.  But the boys are right: Frank’s a creep.  So why’s he get to be in the inner circle?

The obvious reason is that Frank is in on the criminal nature of the enterprise and a necessary partner in that.  But the implication here is that there’s a second, subtle reason: Bernie sees himself in Frank, potentially more than he sees himself in his sons.  And it’s because Frank is a creep.  It’s 2017 and I think it’s fair to say society has cracked the code on what it means when you sit down at the intern table to rank desirability of women while comparing them to cars: you don’t feel great about yourself.  Assigning ranks, creating comparisons and analogies, these are ways to place yourself above others socially, and thus are imitations of control.  And the desire to control grows out of fear.  Frank, and thus Bernie, are, for all their bravado, secretly and intensely afraid.

The purpose of understanding this is to try and understand Bernie, who as we see in the film is a master of hiding himself.  In therapy, there’s a concept called the Corrective Experience, which is an experience of being treated in a way that relates to who you are rather than who you pretend you are.  It’s not always what’s necessary, but in cases like Bernie’s, here, it can be the difference between a healing relationship and one where one person pays the other $200 an hour to hang out.  And healing, of course, is the point; this being such an old story, our society would do well to figure out how to help people caught in these extremely destructive emotional states, rather than waiting for them to explode and then punishing them after the fact.

Before going forward, I’d just like to make clear that I’m not diagnosing Bernie Madoff.  I’m writing about a character in a movie based on an interview and have never met the man, and as such am unable to provide anything close to a meaningful diagnosis.  That being said, his character’s behavior in this movie looks to me like it exhibits many of the symptoms of narcissism.  As we learn from his identification with Frank, Bernie is, at his core, afraid.  Narcissism, the delusion that you are greater than all other people, grows out of a sense from childhood that vulnerability is untenably dangerous.  This is an attachment wound, the sort of thing that happens when a baby’s caretaker is unable to adequately relieve their fear.

So to work with narcissistic clients you have to understand them because so much of the way they interact with people is designed to protect them from a fear that entered their lives at an extremely early age and never left.  Much like Frank seeks to control the women he would never dare talk to by ranking them, narcissists seek to control all the relationships in their lives rather than engage in them.  This is an automatic behavioral process, but not necessarily a permanent one.  When working with narcissistic clients, one must understand ways in which they try to control the therapeutic relationship and gently resist it, creating the corrective experience of being in an authentic relationship that, though it may feel scary, is never dangerous.

Bernie says this himself in the movie, repeating variations on “I was waiting for someone to catch me” whenever he’s asked why he ran his scam for so long.  Narcissists are still only human, regardless of how much they may wish they weren’t, and as such long like all of us for authentic contact.  The difference is they’re more scared of it than most and better at avoiding it.  But when Bernie says he wanted to get caught, you can believe it.  People who suffer from disorders caused by attachment wounds are, at least partially, stuck at the age they were when they got their attachment wound.  Which means they’re emotionally very young, and long for some caretaker figure to cure their fear for them.  If you lived your whole life afraid, wouldn’t you want relief? 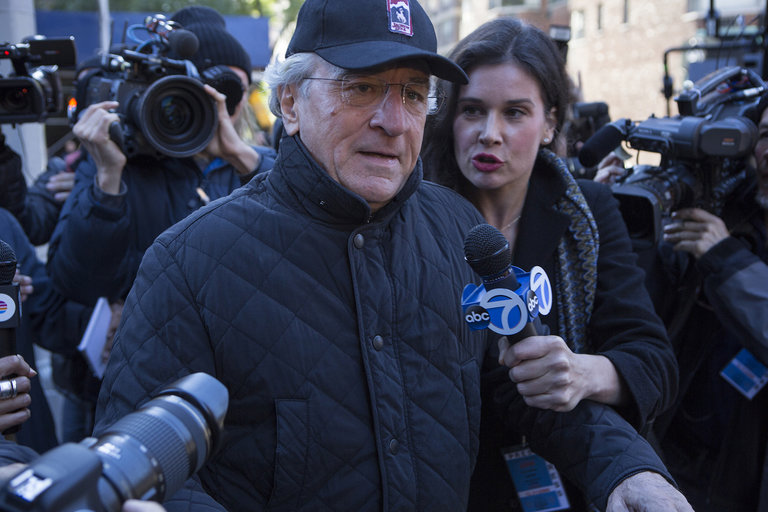