Pretty Little Liars has both frustrated and fascinated fans for seven seasons. But despite high schoolers constantly canoodling with much older men and hiding secret money in pasta boxes, nothing has been more captivating than Aria Montgomery’s outfit choices. On this evening’s epic series finale, it’s unlikely all loose ends will somehow miraculously be tied up, and it’s even less likely that Miss Montgomery will debut a new ensemble with skulls and feathers.

Aria’s style has evolved more than any other character’s throughout the series. When the show began way back in 2010, she was vaguely alternative, which meant plenty of studs, feather earrings and beanies. It was as though she heard the Coco Chanel platitude “before leaving the house, a lady should look in the mirror and remove one accessory,” and then promptly disregarded it for the rest of eternity. No outfit was complete without enormous earrings, a jaunty cap, and an enormous belt buckle…preferably all at once.

Of course, Aria did have a difficult road ahead of her. She found out her father was cheating on her mother with a Center Stage star, she dated her schoolteacher who later ended up being her stalker and she could never quite figure out how to mix and match prints appropriately. But throughout the seasons, while her style evolved, it never became less ridiculous—just a bit less Hot Topic-esque.

Aria might not be the chicest little liar (that badge of honor would obviously be bestowed upon New York’s newest fashion designer Hanna Merin, who dresses like a Pinterest post), but she was certainly the most inventive one. Spencer Hastings was often wearing the sweater sets befitting a young professor, Alison DiLaurentis went from dressing exclusively in club duds to PTA cardigans, and Emily’s style could only be described as comfortable. Aria’s penchant for black mesh, studs and statement jewelry stood out, even in the haunted halls of Rosewood High. Unless you were Jenna Marshall, of course.

The liars’ individual looks were meant to set them apart, and show how absolutely unimaginable it was that these five women could stay friends after all these years. There’s no way Spencer wouldn’t tell Aria to tone down the patterns, even if she sometimes went overboard with plaid and cat prints herself.

While Aria was dating a much older man throughout the entirety of the series, she made sure to never dress any more maturely, making their relationship even more bizarre. Her illegal boyfriend Ezra Fitz wore typical teacher attire, but she refused to give up her love of bold, bright patterns and beaded, shoulder length earrings.

The series finale of PLL can’t satisfy everyone, as there are too many questions that can’t be answered in the two-hour time frame. Whatever happened to Aria’s brother and Mona’s love interest, Mike? How did the moms escape the basement? How many people on this show will have a secret twin? The only way to make sure it’s a win-win episode is to have Aria return to the costumes of season’s past. No one will notice if A.D. isn’t truly revealed, as long as Aria wears a sequined, studded, skull-embossed mini dress while it happens. 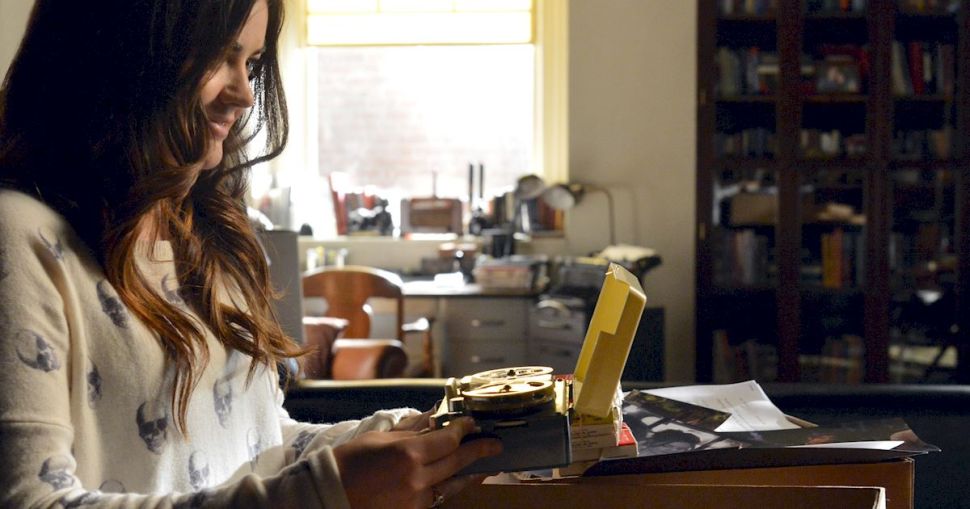