Few Americans outside the world of government or think tanks worry much about World War III. Beyond what appears on cable news or in newspaper headlines, dinner table issues like jobs, health care, paying for education, worrying about retirement, and the future—even fears of a lone-gunman or terrorist attacking friends and loved ones—are dominant in most American families.

Yet, after 16 years of continued American military engagement from the northern shores of Africa, through the Middle East and Persian Gulf, to the Afghan-Pakistan border, the Pentagon has been directed to begin planning for deterring—and, if necessary, winning—what could be World War III. The assumed enemies are Russia and China, or a lesser conflict against North Korea or Iran, while concurrently fighting the Islamic State (IS) and other Jihadi groups. This guidance is called the “four plus one matrix,” the four being the named states and the “one” IS.  And this planning effort is no secret.

A more polite phrase is coping with what this administration calls “great power competition.” The great powers are a rising China flexing it military muscles and militarizing islets in the various Chinese seas, and a resurgent Russia occupying parts of Ukraine, annexing Crimea, and rescuing the Bashar al-Assad regime in Syria, while interfering in domestic elections and politics of various NATO states—particularly ours. If war comes with Russia or China, both must be defeated.

War with either country would be global. Against Russia, it would almost certainly involve nuclear and thermonuclear weapons of existential proportions. The last global war was World War II. Over 12 million Americans served in uniform then. Assuming it would take a military consisting of about 10-15 percent of the population—as it did 70-plus years ago—are we seriously considering putting 30-40 million Americans in uniform?

Even during the height of the Cold War, when fighting two-and-a-half wars—big wars against Russia and China, and a half war in Korea or the Middle East—the active duty force consisted of about three million in uniform, with 300,000 deployed in Europe to deter Soviet attack. Are we going to replicate a force of that size to deter or defeat an adversary?

The smarter approach is to confront any great power competition more realistically. Basing this competition largely, if not entirely, on military power is a prescription for failure. Consider how during the Cold War both Republican and Democratic administrations were obsessed with the threat of “godless, monolithic Communism” and the domino theory in which Moscow and Beijing would topple friendly regimes. That flawed perception led to the Vietnam debacle which President Lyndon Johnson once rationalized as “stopping the Commies on the Mekong and not on the Mississippi.”

Is the United States falling into a similar trap of militarizing our response to this so-called great power competition, much as we allowed dominoes to dominant strategy in the Cold War? That does not mean we do not need a strong military, or that a capable, ready, and deployed force does not have deterrent value in many situations.

Nor does this mean that after many years of war in which either the enemy army was easily crushed, as in Iraq—or lacked real armies, navies and air forces—should we be reluctant to bring back skills needed in a war against a well-equipped, trained, modern force. North Korea is a good example of this type of enemy.

However, this does mean that any competitions with Russia and China are better met politically, economically, diplomatically and ideologically. The more allies and friends we have, the better competition can be managed. By making things into a binary conflict against Russia or China, we forget that both world wars and the Cold War were won in largest part because of our allies.

Unfortunately, American politics today has become an adversarial process of us against them, with both political parties in constant, mortal conflict with the other. The result is a government that is at best dysfunctional, if not broken. By overly militarizing any great power competition, we risk a similar outcome on a global scale. The consequences of that could make Vietnam look like a fist fight.

Dr. Harlan Ullman has served on the Senior Advisory Group for Supreme Allied Commander Europe and is currently senior adviser at Washington D.C.’s Atlantic Council and Business Executives for National Security, chairman of two private companies and principal author of the doctrine of shock and awe. He commanded a destroyer in the Persian Gulf and led over 150 missions and operations in Vietnam as a Swift Boat skipper. His next book due out this year is Anatomy of Failure: Why America Loses Wars It Starts. Find him on Twitter @harlankullman. 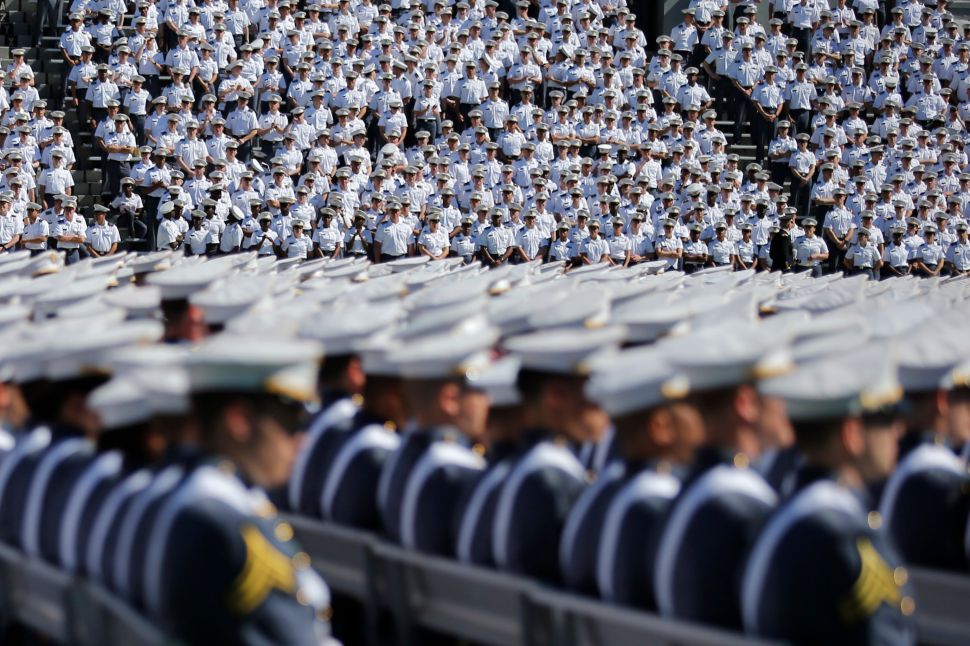