Scroll down for the top celeb Instagram posts this week, including Lily-Rose Depp‘s 18th birthday celebrations in Tokyo, Priyanka Chopra and Zac Efron‘s Berlin adventures, Adriana Lima‘s snaps from the Monaco Grand Prix and Hailey Baldwin‘s screenshot in honor of her own pink hair. John Legend and Victoria Beckham both shared photos with their daughters, while Lucy Hale was among the celebs who posted from the Veuve Clicquot Polo Classic.

The Indian actress posted a photo from her trip to Berlin, where she was promoting her film Baywatch and got to speak with the Prime Minister of India, Narendra Modi.

Was such a lovely coincidence to be in #berlin🇩🇪 at the same time as the Prime Minister. Thank you @narendramodi Sir for taking the time from your packed schedule to meet me this morning. 🇮🇳

Now I know why The Hoff is always happy and smiling- he said "Berlin is in his ❤️". I feel ya brother- can't hide it 🙌🏼😜 #BeBaywatch #Berlin #grateful

The Victoria’s Secret model had a lovely time in Monaco for the Grand Prix, looking amazing in a red blazer and pants with a white crop top.

👑💫YESTERDAY IN MONACO💫👑SHOWING HOW IS DONE 💫👑

Johnny Depp and Vanessa Paradis’ model daughter turned 18, and she celebrated in Tokyo wearing Chanel—she is, after all, the face of the French fashion house’s fragrances.

Turned 18 and all I got was this tiny hat

Hailey Baldwin reminisced over her long pink hair with a screenshot of one of her Snapchats.

John Legend posted an adorable photo of his and Chrissy Teigen’s daughter, Luna, with their pup Pippa.

Miley Cyrus sang at the One Love Manchester benefit concert with Ariana Grande and Katy Perry, and performed a duet with Pharrell. 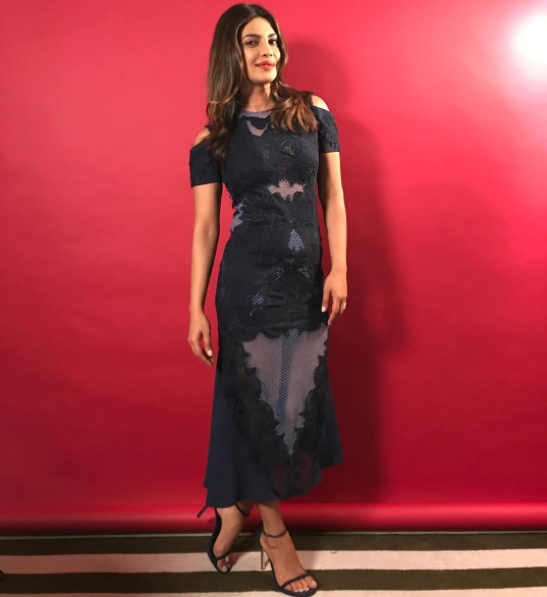