The weak positions Democrats are taking in lieu of supporting popular progressive policies inhibit the party from recouping their losses. Democratic elites hope to coast off of Trump’s unpopularity and avoid adopting popular progressive positions that would antagonize their wealthy donors. In many instances, establishment Democrats are shifting to the right to attract conservative voters. One example is Sen. Joe Manchin, who votes and acts like a Republican. But, since he is technically a Democrat, the Democratic establishment refuses to hold him accountable.

“Joe Manchin is only a Democrat by name. He has the same funders as Rep. Evan Jenkins,” said Paula Jean Swearengin, an activist challenging Manchin in his 2018 Democratic primary, in an interview with the Observer. Swearengin is one of several candidates challenging Democrats across the country in primaries with the backing of Brand New Congress, one of several organizations inspired by Bernie Sanders to replace current members of Congress with new politicians that will represent their constituents over special interests. “He’s corporate serving—not people serving. His daughter is the CEO of the pharmaceutical company Mylan, and she is his second top donor. He has a lot of investments in the coal industry. He is not invested in our community. For a long time we have dealt with politicians like him that have been bought and paid for and invested in our demise.”

Establishment Democrats in Democratic strongholds are also facing progressive primary challengers after spending years in Congress in safe seats. House Minority Leader Nancy Pelosi faced her biggest opposition yet in 2016; Independent Preston Picus received over 19 percent of the vote. In 2018, Pelosi will face a primary challenger backed by progressives who are fed up with Pelosi’s poor leadership that enabled Republicans to win over 60 seats in the House during the Obama administration. “My observation is that Ms. Pelosi is way out of touch and disconnected from her constituents. The positions she takes on many issues are not the same ones I’m hearing from the people of San Francisco,” said employment attorney and President of the South Beach District 6 Democratic Club Stephen Jaffe, who will be running against Pelosi in 2018, in an interview with the Observer. “She says her objections to a single payer health care system are pragmatic, but what does that mean? She says a lot of things that are superficial and cosmetic feel good words, but if you analyze them, they really are gibberish and nonsensical. The truth is single payer can be cheaper than the system we have now. There’s no profit, and its much cleaner to operate, so I don’t hold much credence to her objections.”

At the local level, establishment Democrats are also beginning to feel the Bern as infrastructural support from groups like Our Revolution are boosting grassroots campaigns that are challenging Democratic Party machines. Larry Krasner recently won election as Philadelphia’s district attorney after corruption plagued the office of his Democratic predecessor. In March 2017, Khalid Kamau won a city council seat in establishment backed congressional candidate Jon Ossoff’s district. In Jackson, Miss., Chokwe Lumumba easily won a mayoral race, affirming he will make Jackson, “the most radical city on the planet.”

While progressives have earned some victories in steep challenges to unseat powerful establishment incumbents, many of the early candidates of Sanders’ political revolution that came up short in their races provide lessons for progressives on how to challenge the Democratic establishment and defeat Republicans.

“I was in a district where Obama won by 6 percent to where Trump won by 9 percent. It was a huge flip. I was both deeply shocked and deeply not shocked. I thought we were a lot closer locally and on a national level, but people were just so mad,” said Zephyr Teachout, who was backed by Bernie Sanders in his November 2016 race in New York’s 19th congressional district, in an interview with the Observer. “We ran a good race. We slightly outperformed Hillary Clinton. We showed our message could resonate more deeply throughout the district, but also we were really attacked by Super PACs,” she said, noting that retrospectively she would have put even more emphasis on grassroots organizing. “Of course, I think Donald Trump is unfit to be president. I’m not ashamed to say that and wasn’t ashamed to say that then, but what people in the district want to know is what you’re going to do for them.”

“I was not expecting Emily’s List to abandon me the way that they did about two weeks or so after I endorsed Bernie Sanders for president. I am a very vocal and open advocate for choice, talking very openly about abortion. In fact, I’ve talked about my own choice to have an abortion. I was the only city legislator during legislative testimony to talk about it in that way. I suffered immensely, receiving death threats and harassment,” said Flores in an interview with the Observer. She also argued that powerful organizations need to start supporting progressive candidates. “I definitely took it personally because it was no longer about issues; it was about politics. And so for them to do that, to back someone who had no record whatsoever in grassroots or on the issue, it was disappointing, but I think it highlights whats wrong with our system.”

Sanders’ political revolution is still in its early stages. It aims to take on the political establishment in the primaries and defeat Republicans in general elections. Establishment supporters are quick to frame every loss or set back as evidence that the movement is a lost cause, but they also reduce progressives’ victories. Through there are obstacles, the goal of the political revolution is to improve the lives of people—a message that is clearly resonating with voters. 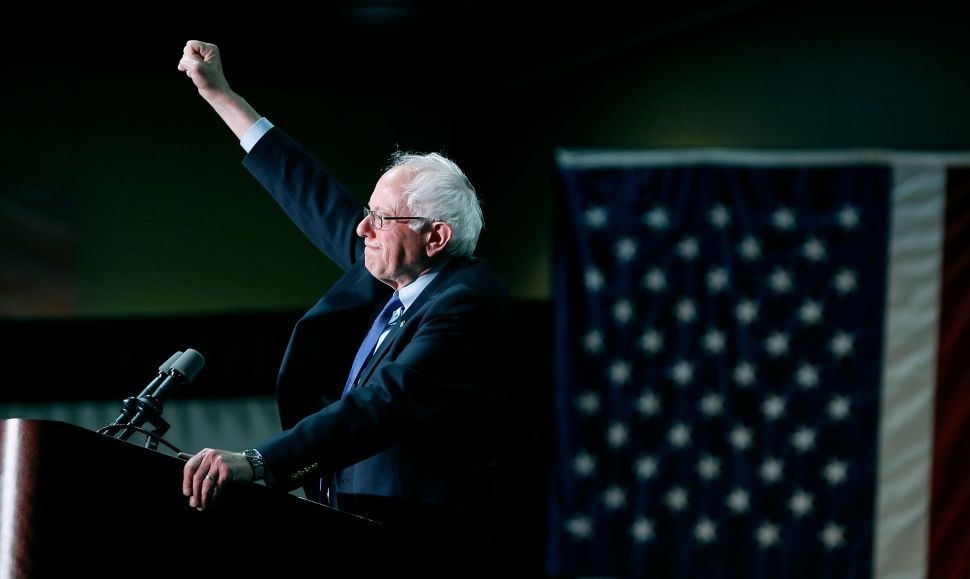